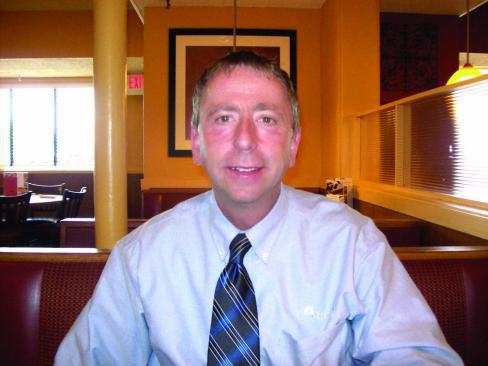 The case is still under investigation, says Kleis during a phone interview. “I got the incident report that morning [when it was discovered]. We have zero tolerance and are treating this very seriously. We will fully investigate, and hopefully, once we find out who is responsible, there will be prosecution.” 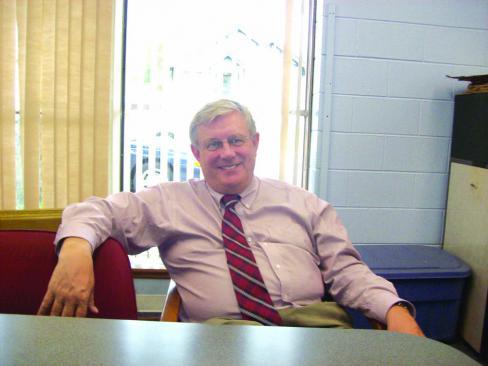 “We’ve got good people [in St. Cloud] who want Somali neighbors to be successful and welcome them,” said Potter last week during an interview at the MSR. “And we also have hateful, ignorant people who behave like that. The rest of us express outrage and work to stop that kind of thing.”

Those who have the most problems with diversity “tend to be [persons] who are competing with [immigrants of color] for jobs and life in the community. It’s hateful, ignorant, and just makes me angry and disappointed,” says Potter, who begins his fourth year at SCSU this fall.

Since Potter’s arrival, he and Kleis have worked together on diversity issues both on and off campus. “There are 30,000 college students in the St. Cloud area,” the president explains, which includes St. Cloud Technical and Community College, College of St. Benedict and Saint John’s University. Their arrival in the fall can bring special problems. Historically, students returning to campus in the fall have caused problems for the off-campus community.

“There were big parties on moving day in the neighborhood around the university,” says Potter, “and those neighborhoods have changed a lot since the ’60s. Resident neighborhoods have gradually become renter neighborhoods, but you still have folk that have lived there for some 30 years. Now they are living next to a house full of young people renting apartments.”

“Last year we had a fairly short list of [racial] drawings in the [campus] bathrooms, and in every incident, we responded to it and acted appropriately,” continues Potter. “A lot of what we see is young people expressing their anger that they learned, but they do it under the influence of their friends and alcohol.”

Potter says that students who have alcohol issues often have other issues as well. “Every year you have a new crop of students who come to town and bring all their stuff in every sense with them. What we have seen on campus is that alcohol often has been associated with racial incidents… After a few [drinks] under their belt with their buddies, then they do some hurtful things.”

Potter says SCSU also has developed a “close relationship” with the St. Cloud police department. “They visit our dorms, talk to students, and answer their questions” as officers present themselves more as “helpers rather than enforcers,” Potter points out.

“We have a strong connection with the university in a number of ways,” explains Kleis of his relationship with SCSU. Despite a current hiring freeze, the mayor says he still seeks diversity in the City’s workforce “so that it reflects the community.” He has worked with SCSU to provide internships for students of color in various City departments.

“I have been strongly advocating” diversity on City commissions, notes Kleis, adding that these boards typically are made up of five to seven persons. “Twenty-five percent – one out of four of the membership of all of our boards since I’ve been mayor – are folk that are…people of color.

“These boards, anywhere from parks and rec to the citizen review board that deals with issues of discrimination or profiling on the police department, we made a conscious effort to make sure that we have people of color.”

Kleis says a Somali resident has been asked to sit on a newly created five-member economic development committee. “He is a recent immigrant and owns three or four businesses in town. We are constantly working to bring more and more of the business community in as partners. I insist that the business community and other members of the community are at the table. You can’t do anything unless folks are there and being part of the solution.”

The mayor also plans to soon have all St. Cloud police officers at his home for a diversity training session “to try to look at the issues and challenges that we have. This isn’t a top-down approach or wave a magic wand [to eliminate racism].”

St. Cloud will soon be the home of a State regional human rights office, which will be initially funded through a government grant, Kleis announced last week. He says, “The City has been strongly advocating [for it] for some time. It should be fully operational by the end of summer.”

Other Minnesota State Colleges and Universities (MnSCU) like St. Cloud State are also working together with their respective municipal officials to create welcoming communities for students of color, says Whitney Harris, the system’s executive director for diversity and multiculturalism.

“Presidents are expected to work with [the] community – it is not an option,” she points out, adding that “each community is at a different level” in terms of diversity.

Harris cites two examples: The City of Wadena asked MnSCU to assist them in helping new immigrants who are relocating there, and Winona State University’s diversity office does “lots of work with the city of [Winona] and Rochester,” she notes.

“MnSCU is often the main [educational] institution, largest employer and social linchpin” for the communities the schools are located in, Harris notes as an indication of their potential influence.

Although St. Cloud’s history of insensitivity over the years can’t be ignored, Potter says that he has seen some progress over the last three years. “Central Minnesota, with not much diversity and not much exposure to people who are different – I think there’s more to do… You can’t change everything all at once; you work in these little clusters and build connections.”

“Whether it’s perception or reality, we want to get to a place where everyone feels welcomed in St. Cloud,” says St. Cloud’s mayor. “I believe strongly that over the years I have been [mayor] that the [city’s] image does not reflect the community. But we work very hard with the city and the university, and constantly work with the community to fight the good fight to make sure that this is a welcoming community. It is something that we work at every single day.”