The festival will feature an art fair with 80 artists, two music stages, kids’ art activities, the St. Anthony Park Garden Club plant sale, and more. If you head to Milton Square between 1 and 3 p.m. you can visit a bald eagle and representatives from the Raptor Center. You can also talk to folks from your neighborhood nonprofit groups, who will have booths set up along Carter Avenue just south of Como Avenue. Groups will include the Park Bugle, District 12 and its Transition Town initiative, St. Anthony Park Area Seniors, Hampden Park Food Co-op and the St. Anthony Park Community Foundation.

Grab a Bugle at any of the information stands or at the Bugle tent at the festival to find out all you need to know about the festival.

The artists for the festival’s art fair are selected by a jury of artists. This year’s jury are the featured artist at the festival. Here are profiles of each of the jury members: 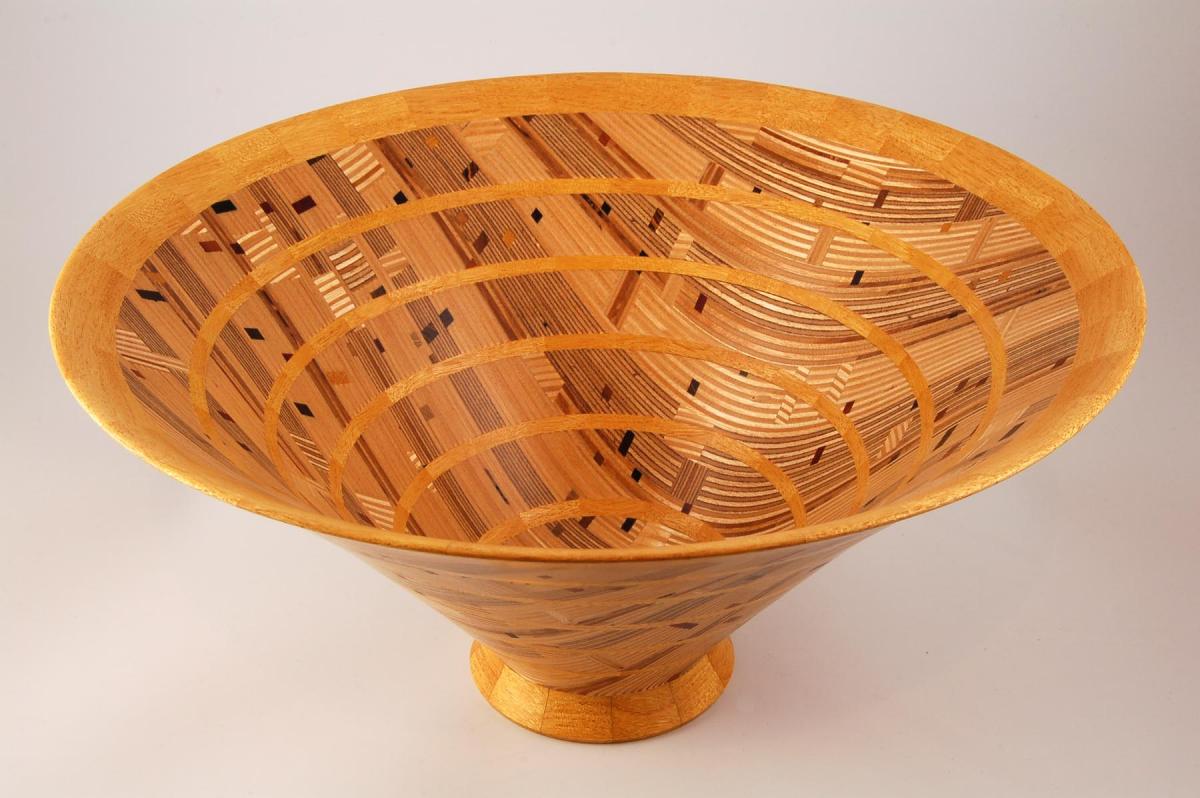 When the world’s most beautiful wood meets the artistic craftsmanship of Bob Carls, the result is an extraordinary convergence of natural allure and human creativity.

Essentially self-taught, Carls has been making lathe-turned and carved wood vessels and structures for more than 20 years. Through a variety of woodworking techniques he is able to achieve unique effects that set his work apart from traditional segmented wood art.

From sushi trays to salad bowls and other containers, much of his work serves a functional purpose. He says it is his intention that people not only appreciate the aesthetic value of his art but also use it regularly.

A lifetime of artistic interests, including photography, improvisational music and film, leave Carls with an abundance of inspiration, but he says abstract and expressionist painters have particularly influenced his work with wood.

Along with his wife—a studio weaver—Carls runs the Ripple River Gallery in Aitkin, Minn., where the couple also lives. With work from 50 to 60 regional artists on display at a time, the gallery has been a huge success and allows the couple to stay more connected to their work, Carls says.

In addition to Ripple River Gallery, Carls’ work can be found in permanent collections at the Minnesota State Historical Society in St. Paul, the Waage Art Center in Fergus Falls and the Waterloo Art Museum in Iowa.

With organic beauty that harkens back to ancient tradition, Guillermo Cuellar’s pottery sits naturally at the intersection of art and utility.

Beyond its aesthetic value, appreciation of his work comes, in part, from using it. “You make it a part of your life, and every time you interact with it you add a little more richness of meaning to it,” he says.

In this way, a baking dish that comes out for company takes on additional significance beyond the object itself. It can signify the relationship you have to your community and friends, he says.

Born in Venezuela, Cuellar’s love affair with the potter’s wheel began in 1971 while attending Cornell College in Mt. Vernon, Iowa. He brought this love back to his native country where he later opened his first studio.

In 1992 he founded a nonprofit group with other local artisans called Grupo Turgua that sought to promote quality handmade objects in Venezuela.

Cuellar’s first connection to Minnesota came through several potters who came to teach in Venezuela. He moved to the St. Croix River Valley in 2005, and became part of a thriving community of potters there.

His work has appeared in the Venezuelan National Art Gallery, the Smithsonian Institution and the Northern Clay Center in Minnesota, as well as private galleries in the United States, England, Venezuela and Chile. 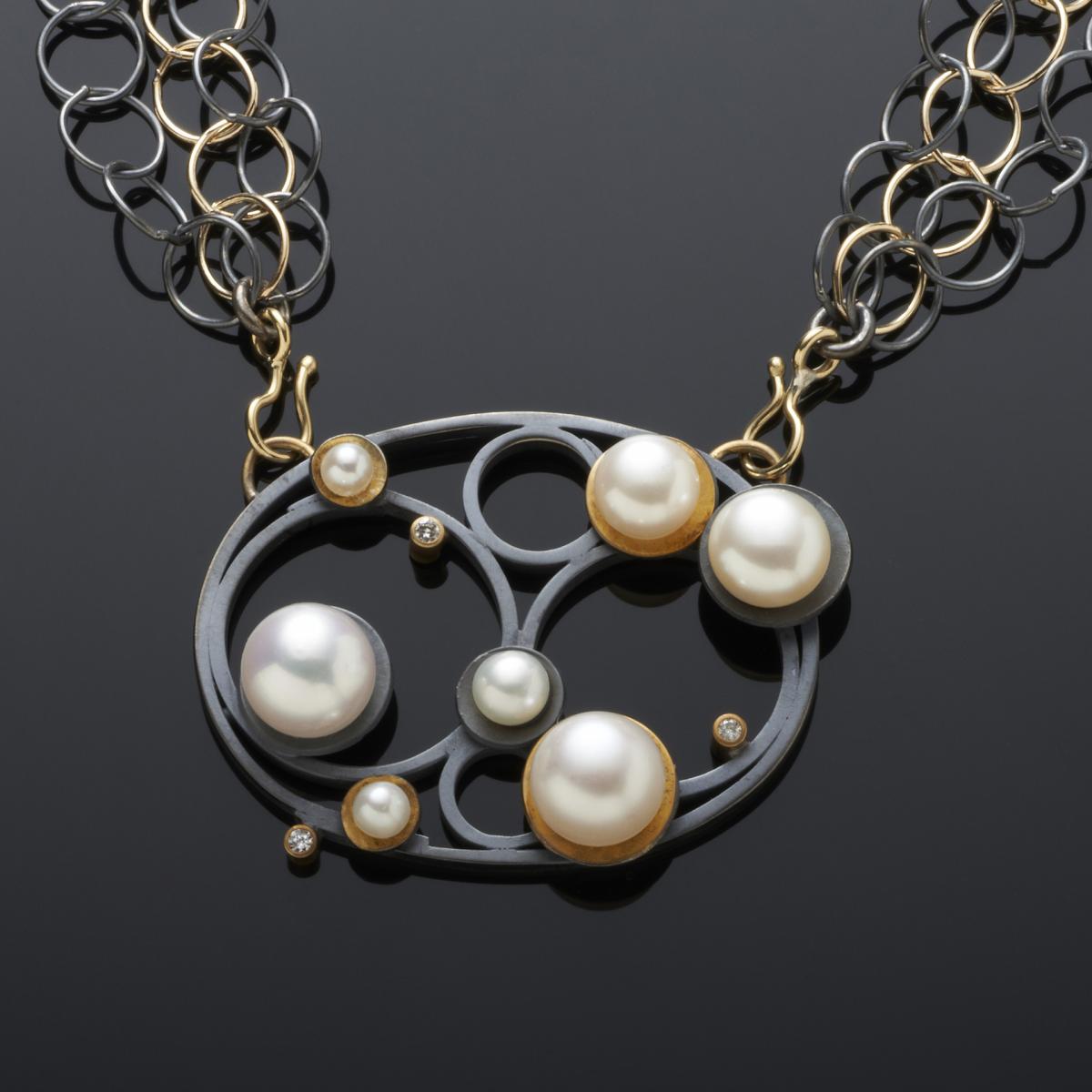 Margaret Dittrich says she has rocks in her head—exquisitely beautiful rocks, that is.

Working as a full-time jeweler for 15 years, she has developed a creative knack for combining mostly silver and gold with both common and unusual stones to create graceful, yet simple, wearable art.

Her jewelry encompasses a variety of styles, from strictly metal pieces to more elaborate works that incorporate various minerals from pebbles and meteorites to pearls and sapphires. She is especially drawn to uncommon material like jaspers, she says.

One of the most rewarding parts of her work is when she takes bold chances that turn into masterpieces. “Every once in a while I’ll really go outside of my comfort zone and make something I just feel like making,” she says.

While pursuing a career as an oncology nurse, Dittrich first became infatuated with stones in Madison, Wis., when she wandered into an unsuspecting rock shop.

“That was it, I just got totally sucked in,” she says.

Dittrich lives and works in St. Paul, where she also enjoys spending time with her husband, two children and three grandchildren.

Her work can be found around town in various galleries, including the Grand Hand Gallery on Grand Avenue and the Minnesota History Center gift shop. She also enjoys participating in regional art shows where she can meet and interact with the people who are interested in her work. 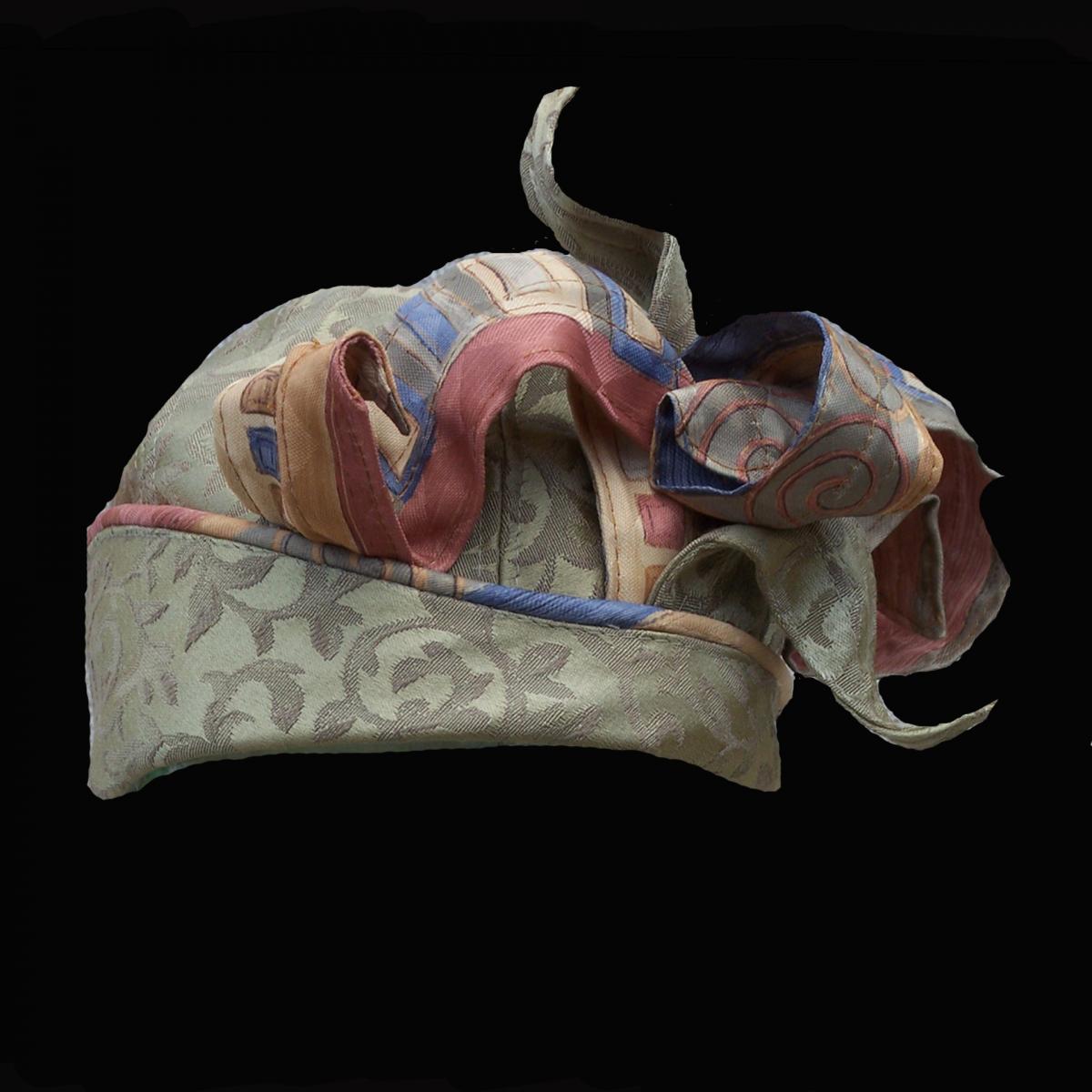 By combining classic millinery techniques with modern materials, Patti Berg’s hats achieve a timeless charm that never goes out of style. She describes them as wearable but not trendy—capable of standing the test of time.

Traditionally, hats were passed down through generations. Berg strives to achieve this heirloom quality in her work.

Hats should be an expression of those who wear them, Berg says. They are meant to draw attention. “Isn’t that what we’re all here for? To make the landscape more interesting for each other?”

Since childhood, Berg has been fascinated by the ways people adorn themselves. She got her start in the 1960s as a leather smith and has designed many types of clothing and accessories since. It wasn’t until later in her career that she settled down with hats. She especially appreciates the playful elegance they can carry.

“They are a lot of fun. They’re just hilarious. The things people say and do with hats just kills me. I love it,” she says.

Berg lives and works on her Arabian horse ranch in Embarrass, Minn.—the coldest place in the contiguous United States, as she will remind you. She says the most rewarding aspect of her work is being able to lose herself in her studio, where time and space seem to melt away.