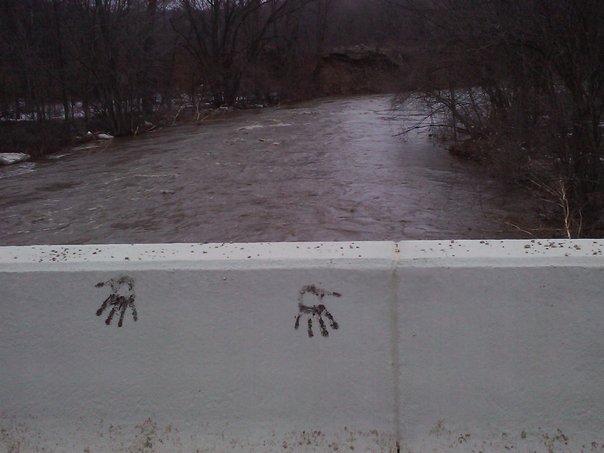 For the past two afternoons, I’ve headed out to look at the rising flood waters in Sibley and McLeod Counties. This spring’s flooding isn’t particularly dramatic compared to past years, though the rapid melt and run-off have contributed to the swiftness to which the water rose.

I missed the ice dam that had formed near Henderson, where water approached the bottom of the bridge over the Minnesota River, though the road remained open, as did the Sibley County road into Le Sueur. As twilight came and temperatures cooled, mist rose off the high water. It was lovely.

Yesterday’s trip to Brownton to look at flooding in Beaver Creek had an added bonus: a dozen large flocks  of wild swans flew north. I stopped on an isolated township road north of Brownton when I spotted the first flock, and didn’t move for a long while. as one flock disappeared into the twilight, the wild calls of another flock became audible, and I waited for the birds to appear.

The early evening light wasn’t good enough to record or photograph the flocks.

Flooding in Brownton and other areas closed sixteen roads in McLeod County, and provided a local context for I question I’m told was asked at the Republican SD18 endorsing convention on Saturday. While the question concerned state funding for flood relief in areas like Moorhead, the newly endorsed Republican candidate reportedly said that he opposed government help for anyone who built in a flood plain.

As water rises around the district and other places in the state, I wonder if that judgment extends to funding for all flood mitigation projects.

Below, a brief video of a flooded road into Brownton. A barred owl was gently whooping in the distance, unfortunately too far away for my phone’s mic.

Photo: An earlier flood watcher left handprints on a bridge over the Rush River.