The Uptowner Café, located at the intersection of Lexington Parkway and Grand Avenue, has been a mainstay of the Summit Hill neighborhood since the 1950’s. While the current owner, lifetime St. Paul resident Dan Lallas, has co-owned the restaurant since only January 2006, it has operated under the same name for decades.

Open for both breakfast and lunch seven days a week 6 a.m. to 3 p.m., and for late night hours (9 p.m. to 4 a.m.) on weekends, it’s still best known as a breakfast hot spot. Lallas says that the restaurant tries to distinguish itself with the quality and variety of its breakfast items: “We make whatever we can on site. For instance our hash browns are made from boxes of potatoes that we shred. We don’t use frozen, bagged potatoes, like most other restaurants. Same with our pancakes. We make the pancake and French Toast batter from scratch, as with our soups and salsa.”

Particular breakfast favorites are the Tex Mex, and Farmer’s Breakfast, and the number one seller, the Cajun Breakfast, which includes: hash browns, green peppers, onion, mushrooms, melted shredded cheddar cheese, two over-easy eggs, hollandaise, and a dash of cayenne pepper—with Andouille sausage on the side. 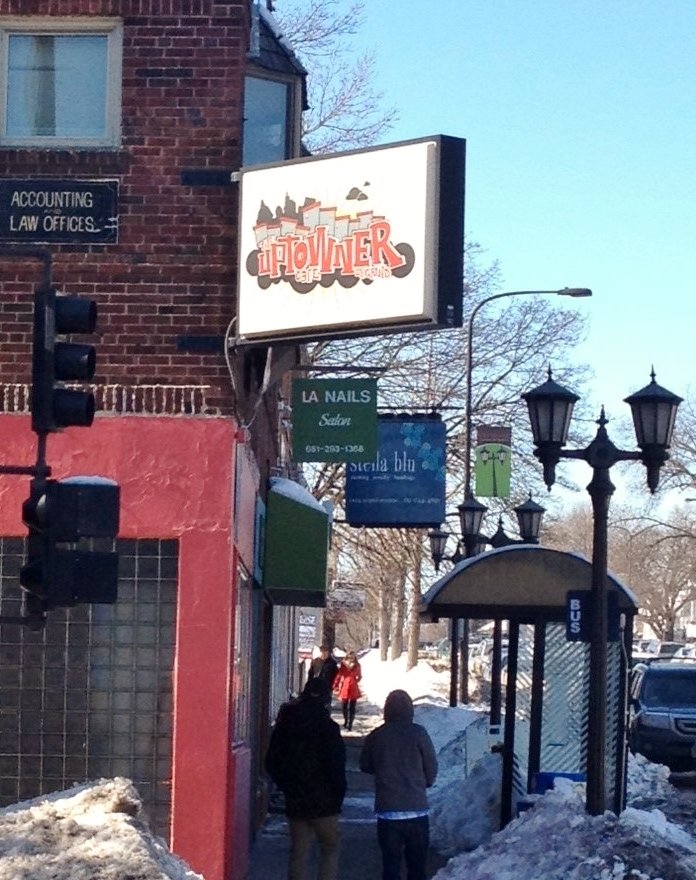 The Uptowner Café also has an extensive take-out menu. Lallas says that he tries to make the restaurant a place for family by offering good value and a varied children’s menu.

According to Lallas, dedicated, long-term employees have helped make the Uptowner a location that draws diners from all over the Twin Cities—and beyond: “We recently had a woman visit us from North Carolina. She was raving about the Cajun Breakfast,” he shared. Local celebrities have visited too, including Justin Morneau, Tubby Smith, Garrison Keillor, Tim Pawlenty, and players for the Minnesota Wild. Joe Mauer visited on the morning of his wedding.

The cozy space is decorated with color crayon drawings—some quite interesting— contributed by children as young as eight and adults as old as sixty.