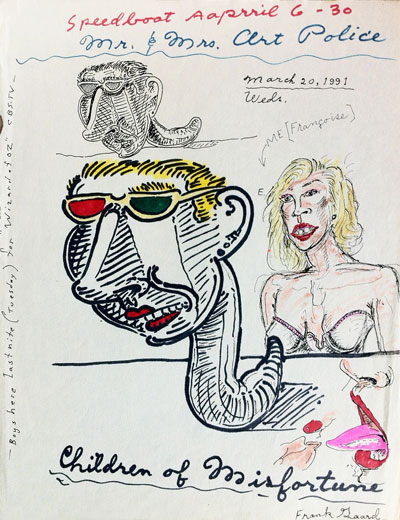 Green Day played there—for $100. Bikini Kill and Arcwelder played there. Fugazi wanted to play there, but owner Paul Dickinson turned them down because he didn’t want to violate the fire code that badly. It was started as an “art gallery” that would be a front for rock shows, but then to everyone’s surprise it turned into a respected art space that served as an incubator for now-established artists including Frank Gaard, Michael Thomsen, and Sean Smuda.

It was the Speedboat Gallery, and it existed at 1166 Selby Avenue in St. Paul from 1988 until the fire department finally shut it down in 1994. On June 30, CO Exhibitions is bringing the Speedboat crew back together to share memories, show art, and—of course—play some goddamn rock ‘n’ roll.