Terrance Franklin, the 22-year-old who on May 10 was shot and killed in the basement of a South Minneapolis home by police after a pursuit, appeared to have been shot five times in the back of the head and twice in the back according to a knowledgeable source who saw Franklin’s body; the source requests that his/her name be withheld.

The shooting has left many questions unanswered. While it’s still not clear how or why Franklin died at the hands of Minneapolis police, the circumstances around the police chase have raised eyebrows as well. Citizens have questioned why police called in a SWAT team as well as canine units, and why the police were strapped with submachine guns to give chase to a suspected burglar.

Police radio transmissions from the day of the event do not reveal that police thought he was armed or dangerous. It’s not yet been explained why so much police manpower was used to chase a person who at the time was not known to have committed a crime. According to police, he had been identified by someone as a suspect in a burglary that occurred a week earlier. 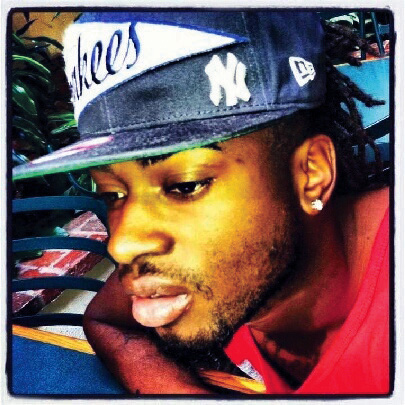 Police say Franklin (right) took off in a car when police sought to question him and led them on a chase through South Minneapolis, nearly hitting a police car and eventually seeking to hide in the 2700 block of Bryant Avenue South.

According to police, the chase ended in the basement of 2717 Bryant Avenue South, where Franklin was shot and killed by police and two officers were shot in the leg. The Hennepin County Medical Examiner’s office confirms that Franklin died of multiple gunshot wounds.

On May 21, friends and community members organized a community gathering at Zion Baptist Church in North Minneapolis seeking justice for Franklin. One of his friends, who requests anonymity, said that the version of how events transpired as reported by police and the Star Tribune last week “doesn’t make sense and doesn’t seem plausible. Mookie Mo [Franklin] was not a violent person. He would have just given himself up. He wouldn’t be trying to take a gun from the police.”

Minneapolis police have still not given an “official” version of what went on in the basement of 2717 Bryant. According to a May 17 Star Tribune story, which quotes two anonymous sources, this is how events transpired:

Minneapolis police Sgt. Andrew Stender, a K9 handler who was leading the department’s SWAT team into the house, went into the basement and unleashed the dog, which charged at Franklin and began biting him. Franklin broke away and went behind a water heater, the sources said. The dog began pulling him out and Franklin stood up. Stender shouted at Franklin to put his hands up. When he didn’t cooperate, Stender started to drag Franklin out by his head as the dog kept its grip on his leg.

Stender, thinking he had the situation nearly under control, moved away to allow officer Luke Peterson, a member of the SWAT team, to step in. Another struggle ensued, and Franklin broke away and leapt toward Officer Mark Durand, another member of the SWAT team who was standing nearby with an MP5 submachine gun.

The sources said Durand struggled to hold the weapon down — it was on single-shot mode, not automatic — but Franklin was able to point it up and fire twice, shooting two other officers, Michael Meath and Ricardo Muro, in the legs. Peterson, who was wearing a bullet-resistant vest, put himself between Durand and Franklin, who was still trying to get another shot off, the sources said.

Peterson then pulled out his side arm and shot Franklin, who died at the scene at 3:35 pm.

“It’s hard to imagine how a trained SWAT officer gets shot with his own gun,” said Dave Bicking, a former member of the Minneapolis Police Civilian Review Authority. “If I had to guess I would say the two officers’ injuries were from friendly fire. Now that it’s been revealed he [Terrance] was shot multiple times, it’s likely some of the bullets ricocheted off the cement floor, which explain the officers leg injuries. I imagine they continued firing even after he had collapsed to the floor.”

Organizers at the community meeting pointed out that if, as the source says, the officer who shot Franklin jumped in front of the victim to prevent him from shooting other officers, how did Franklin wind up getting shot in the back and in the back of the head five times?

“I am guessing that a particular factor in this case is the adrenaline of the chase, compounded by the embarrassment of the incompetence that had already been displayed,” surmised Bicking. “That seems to be a factor in many of the worst instances of police brutality. The officers lost sight of Terrance and apparently had no idea where he was until the homeowner was allowed to come home and noticed a broken window. The cops found him again. Now they are pissed! And they took it out on Terrance.”

“The investigation is ongoing,” said police spokesperson Cindy Barrington. She said that ballistics testing and DNA testing are in progress. “We don’t anticipate hearing anything for four weeks. As soon as we have confirmed data that’s public, we will present it.”

Police are also investigating the death of the motorcyclist Ivan Romero who died as a result of a collision with a police van rushing to the scene where Franklin was killed. His death raised concerns because the collision took place with police about a half hour after Franklin was killed, and witnesses say that the police ran a red light.

Minneapolis Chief of Police Janee Harteau has explained little about the event, saying she is waiting for the facts. She has indicated, however, that she would be open to an outside investigator. At a gathering to give commendations to police, she was quoted as saying, “Last Friday’s traumatic events serve as another reminder of how dangerous it truly is to be a police officer.”

At the community meeting last week, participants raised as their demand, “Prosecute the police who killed Terrance.” They announced a protest on Friday, May 31, at 5:30 pm, when protestors are expected to gather at the Hennepin County Government Center’s north plaza.