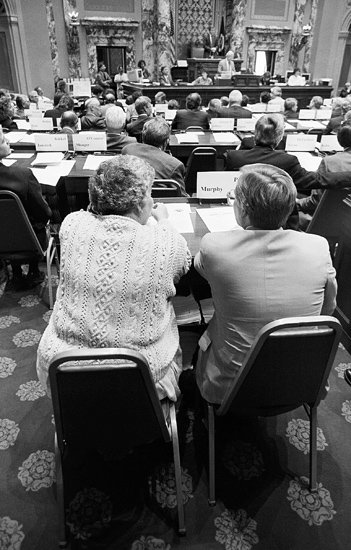 If it’s late May, the lilacs are blooming, the school buses are amassing in Capitol parking lots and the question everyone’s asking is: Will lawmakers finish their work on time?

If legislators don’t get their work done, there could be a special session, as there has been 49 times since statehood, including two brief ones last year. One, held May 17, just hours after the regular session expired, featured a budget-balancing bill; the second, Oct. 18, was for flood relief.

The Minnesota Constitution permits the Legislature to meet in special session on “extraordinary occasions.” But with such occasions becoming almost routine, the question is begged: What’s special about a special session?

In anticipation of such an event, Rep. Kurt Bills (R-Rosemount), sponsors HF686 that would call for salary reductions for elected officials and agency heads if the budget bills fail to be enacted by the end of the regular session.

“Didn’t have many takers on that one,” Bills said. “If we go to special session, I would feel that the Senate, the House and the governor didn’t get the job done on time and I hope we are not rewarded with more pay/stipends.”

Rep. Rena Moran (DFL-St. Paul) said her constituents “would like to see us end on time with a balanced budget signed by the governor. But I don’t think that will happen.”

“Historically, many sessions have ended with negotiations in the final hours and minutes of session. I’m focused on believing and hoping we will come to a resolution,” he said.

As the regular session comes to a close, new members reflected on their first year.

Politically and geographically, Gauthier, Gruenhagen, Bills and Moran represent divergent constituencies and passions, and different sets of principles and values. But as first-term legislators they all agree there’s a steep learning curve about how to put those principles into action.

“I am working hard to ensure we have a strong education system,” said Moran, whose committee assignments include the House Education Reform Committee. She’s proud the House passed HF563, which she sponsors, that would create full-service school zones expanding transportation options in some areas. She said the modest proposal could help school districts around the state begin to chip away at the achievement gap by encouraging safer transportation and therefore better school attendance and improved student achievement at neighborhood schools.

Gruenhagen said first-year members have been influential in the majority caucus. 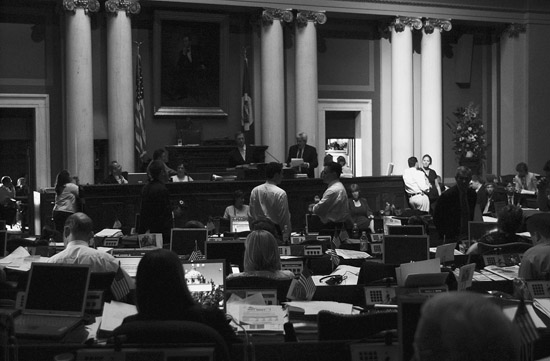 “Most of us were elected on a reform government, live within your means, no new taxes agenda. We have reinforced those principles in the caucus,” he said. He’s passionate about growing the private sector in Minnesota, in order to increase the tax base which will support state services – especially necessary down the road a bit when baby boomers retire in droves and will need those services.

Bills, a member of the House Taxes Committee, agrees. He hopes next year to work with fellow legislators on crafting a “21st century tax policy” for state government.

“The economists are all talking about productivity as the way forward and it’s the way out of our economic situation. I look forward to having those discussions with people now that I’m a little bit more learned,” said Bills, who teaches Advanced Placement economics to high school seniors every morning before coming to work in St. Paul.

On a personal note, Bills said the transition from being the teacher to being a learner has been a challenge. “For 14 years in Room 201 at Rosemount High School, I’ve been the master and commander of my realm. And to come here and to not know everything, that’s been a little bit frustrating just to myself, because I push myself really hard to try to understand everything.”

Gauthier said he’s learned by doing – and by observing strategies that work. For example, he offered an amendment to a bill on the House floor that contained a bill he sponsored but which wasn’t heard in committee. That way, his concerns were aired publicly and brought to the attention of committee chairs.

Gauthier and the others say they enjoy the political debate and exchange of ideas on the floor and in committee. They’re politicians, after all.

“We’ve had a session that’s been about two different Minnesotas: wealthy versus non-wealthy, urban versus rural, young versus old. … At the end of the day we’re all one Minnesota,” Gauthier said.

“If we are going to do our work here, we have to compromise,” Moran said.