Joel Jacobson, 17, approached the weight bench with all the confidence of a well-trained athlete. With encouragement from his coach and an audience of supporters, he successfully bench pressed a whopping 105 pounds. With high fives and cheers, Joel greeted his fans with a huge smile.

Such is a day of competition at the Special Olympics Minnesota Spring Games which featured 1,361 athletes competing in aquatics, basketball, and powerlifting at the Minnetonka High School over the weekend. Some 640 coaches and 565 volunteers assisted the competitors.

“Every area of the state is here,” said Mark Anderson, Special Olympics Minnesota Competition and Training Manager. Anderson said the spring games were so large that two different venues were needed, with swimming events at Southview Middle School in Edina.

The lesser-known Powerlifting Competition was held in the high school’s Black Box Theater, which had plenty of room for spectators and athletes. Joel lifts for the RAVE,  the Special Olympics Area 12 team representing the cities of Apple Valley, Rosemont, and Eagan. The RAVE is coached by Armando Guerra, Chris Anderson, Dave Young, and Jill Guerra. The team trains at SouthSide Athletic in Burnsville.

Armando Guerra volunteers his time and gym facilities and begins training the athletes in January. “When I was little someone helped me and I like to give back,” he said. “They are always happy, always having fun and they work hard. It’s cool.”

The volunteer spotters were attentive to each athlete and helped when needed. But not much help was required as lifter after lifter met their goal. The athletes competed in squat lifting, bench press, and deadweight lifting. RAVE team member Ken Moore deadweight lifted 315 pounds.

Afterwards, medals and ribbons were presented. In the evening, athletes were treated to dinner, celebration ceremonies, and a dance. 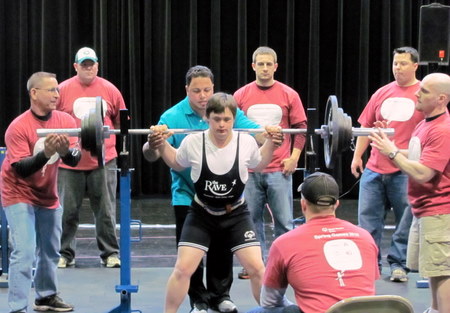 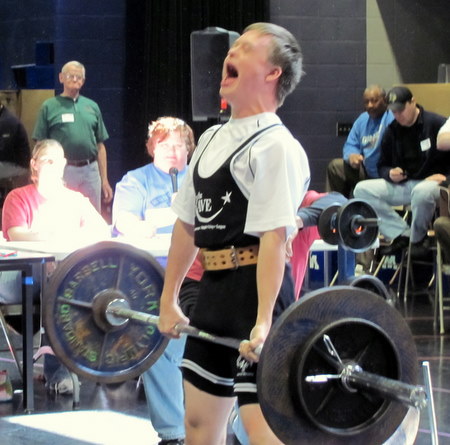 (Above) RAVE Special Olympics athlete Joel Jacobson, 17, pours out energy competing in the deadweight lifting competiton at the Spring Games. 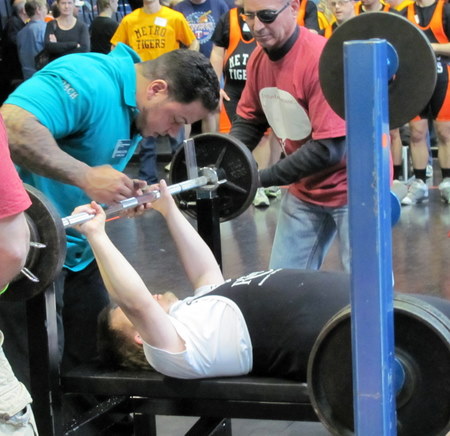 (Above) The RAVE Coach Armando Guerra, left, and spotter Sid Reid prepared an athlete for the bench press competition at the Special Olympics Spring Games. 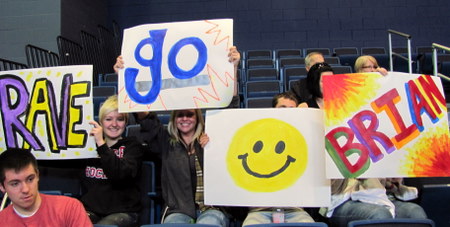 (Above) Fans cheer on The RAVE team at Minnetonka High School for the Powerlifting competion at the Special Olympics Spring Games. 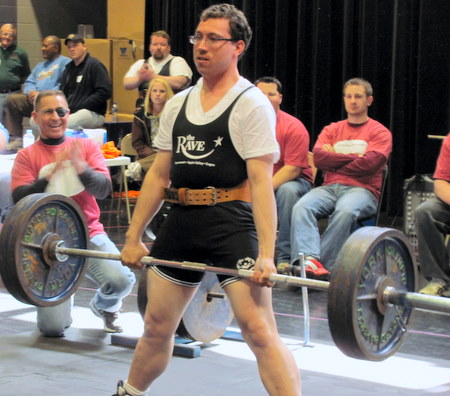 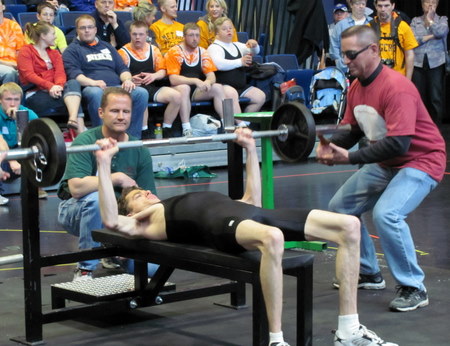 (Above) Sam Liesek of the St. Cloud Community Team, gets ready to bench press at the Special Olympics Spring Games. 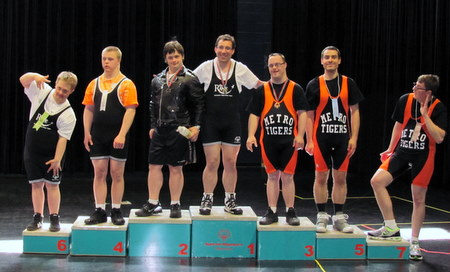 (Above) Medal line-up of the powerlifting portion of the Special Olympics Spring Games held at Minnetonka High School. The athletes are dividided by weight class. 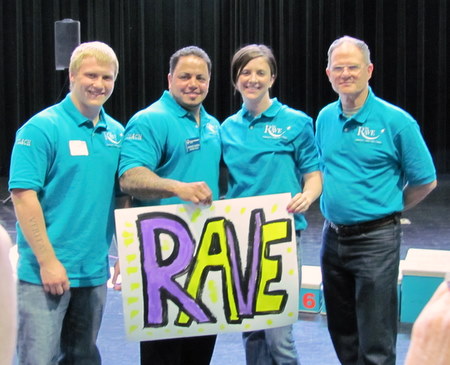 (Above) The RAVE coaches, from left, Chris Anderson, Armando Guerra, Jill Guerra, and Dave Young had been training the powerlifting athletes since January for the Special Olympics spring competition. It is the second year the coaching team has worked with the RAVE. “They work hard,” said coach Armando Guerra.