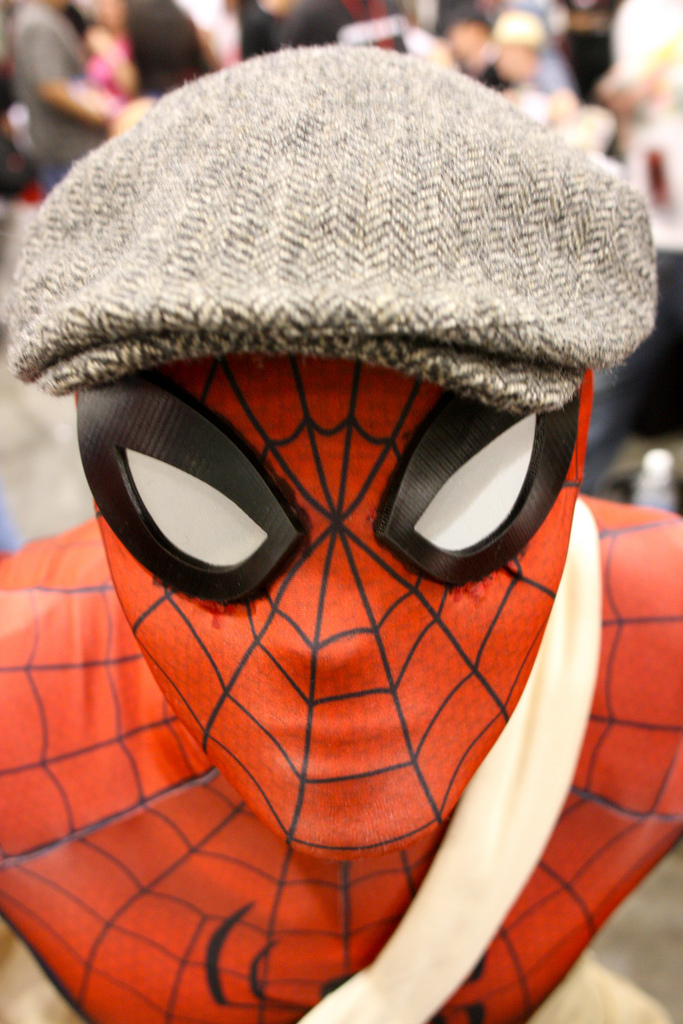 I had the distinct pleasure on Saturday night of attending Allison Broeren’s newest storytelling to-do. Broeren, current co-managing-director of the Rockstar Storytellers, SlamMaster of the nationally ranked Poetry SlamMN!, and founder of the Story SlamMN! at Kieran’s Irish Pub, seems to already have the market cornered on storytelling events in the Twin Cities—yet she has recently cooked up a new event, with a radical twist. While it sometimes seems that everyone is out trying to find the next big place to host events, or the most artsy public arena to read their work, Broeren flipped the script and moved the party home, creating Speak Easy Twin Cities—a monthly reading series, hosted in the homes of friends, performers and volunteers.

The idea for the series didn’t come with a flash of lightning, or in a brilliant dream; rather, it was born of nostalgia. Broeren says that her collegiate speech team used to practice in each other’s homes, which always turned out to be a good time. Eventually, after some years of public performances in the metro area, she decided that she “missed the coziness of performing in houses.” Once she heard that there are well-known house shows in California and Canada, she was sold on the idea.

Cozy is exactly what the event turned out to be—all attendees were invited via e-mail to bring food, booze, blankets, and pillows with which to enjoy the show. I’ll admit, I was a little intimidated by the total cool factor of not knowing the location of the event until I purchased my ticket (all proceeds go directly to the performers), and having a seedy secret to keep under my hat when asked what I was doing on Saturday night (event-goers are asked not to reveal the location of the event to potential dangerous, freeloading reading-series crashers who have not purchased a ticket). Also, walking into the house of a stranger can tip the anxiety scales a little for the more neurotic. However, the spirit of community alive at the event, coupled with the tight space and the up-close-and-personal readings, alleviated the sense of judgmental anonymity that a larger venue allows. Typically, only about 20 people can attend any given reading, unless someone with a mansion hosts, or until the weather gets nice and Broeren can execute her vision of an outdoor Speak Easy.

Aside from the creature comforts of home lulling more people into attending readings, Broeren also has hopes that the performers will use this opportunity to try something new. When I asked her what exactly she meant by “new” she had this to say, “One of the big things that the performers mentioned is that they would like to have a chance to do longer sets. A lot of shows will spot you 12 minutes or less, but it’s a different art form to be trying to fill up 20-30 minutes. It’s been interesting to see some people do one longer piece. Paris Kelvakis was able to perform all of the pieces he has put together about Spider Man and perform in his Spider-Man superhero outfit. Those are risks that feel a little safer in a small intimate space.” (I was thinking prose-fuelled mud wrestling, but I bet that’d be a tough act to follow, not to mention clean up after.)

So, who volunteers their home for this sort of thing anyway? Broeren for one, and Courtney McLean for another. Maybe even you? “I’ve had a range of people talk to me about volunteering their space,” says Broeren. “Other performers and fans of what we are doing. I’ve also gotten some leads from people saying they know somebody that has a good space for it. We’re still pretty new, so my vision is to branch into different neighborhoods and spaces…There have a couple of cases of people who were giddy to volunteer their space if a certain performer they are into would perform there.  That’s a cool thing, to be able to sit on your couch and say, ‘Remember that time my favorite performer performed on my coffee table?’”

If you are interested in volunteering, purchasing tickets, or getting in touch with Allison Broeren, please visit the Speak Easy Tumblr. There, you will also find photos, a blog, calendar, and most importantly, a section on the etiquette of participating in an event at someone’s home.