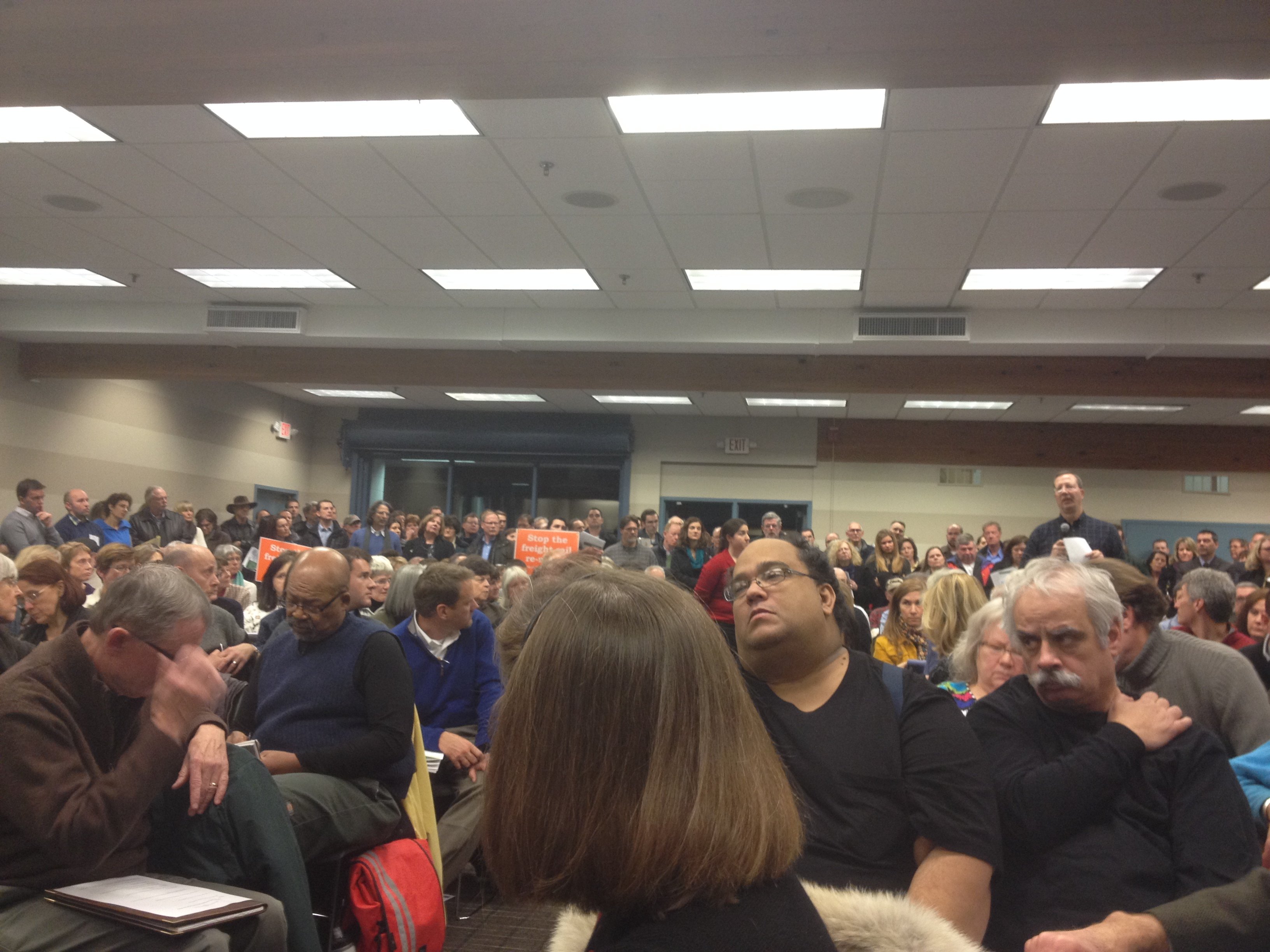 Last week, the Metropolitan Council held two town hall meetings regarding the Kenilworth studies being conducted, one in Minneapolis and one in St. Louis Park. The format of the meetings were 30 minutes for an open house with staff available to answer questions followed by two hours of a facilitator led discussion. The topics that were discussed at the Minneapolis meeting can be found here, and the topics discussed at the St. Louis Park meeting can be found here. Sitting in that meeting, I was extremely frustrated, as it combined two of my least favorite aspects of planning: tokensim and NIMBYism.

The open house was pretty standard for what the Metropolitan Council usually runs. There were various display boards, with staff there to answer questions. I always come out of these open houses with the feeling that the decision on what they are going to do has already been made. This was no different. Back in October, the Met Council seemed on the verge of pushing through the shallow tunnel option to solve the co-location problem until the City of Minneapolis, rightfully in my opinion, expressed extremely harsh criticism. See statement from then City Council Member Betsy Hodges below and blog post from former Mayor R.T. Rybak here.

It seemed highly likely that if the Met Council went ahead and approved the shallow tunnel option that the City Council would have denied municipal consent. However, before final Met Council approval, Governor Dayton ordered a three month time out, to allow for more studies to be completed and questions to be answered.

Despite the time out and further studies, the Met Council had previously selected the shallow tunnel option and it seems to me highly unlikely that they will recommend a different option after the completion of the studies. My feelings were only reinforced walking around the open house. One of the display boards was explaining why shifting back to the Uptown alignment wasn’t feasible. One of the staff who was at that display board answering questions was explaining that ridership would be less with an Uptown alignment because there would be no interlining with the Central Corridor. That was rather misleading, because interlining is possible with an Uptown alignment. Another one of the display boards was explaining why relocating freight rail was so difficult.

These observations must not have occurred to the other people who attended the meeting. The facilitated discussion was very heated, and the comments were almost exclusively regarding the possible rerouting of freight rail into St. Louis Park. My firend Matt and I had fun and created a drinking game based off of the comments that we were hearing.

A lot of the comments used those buzzwords. The most extreme comment came from a guy who was commenting about trying to get mitigation from the Met Council in the case of a freight reroute:

#SWLRT “We are going to be complicit in our own destruction. This is a Sophie’s Choice…”

I actually became really frustrated. I was frustrated with the tokenism from the Met Council and the fact they were trying to discount the Uptown alignment. I was frustrated with the NIMBYism from the attendees and the single-minded focus on the impact of freight rail going through their community. In fact, I’m pretty sure Nick and I were the only two people in that room who actually took transit to get to the meeting about transit. Because of that frustration, I actually did something that I don’t usually do. I decided to speak. The following is to my best recollection what I said:

Hi, my name is Andrew and I live in the East Isles Neighborhood of Minneapolis. I actually see my State Legislators standing in the back; Representative Hornstein, Senator Dibble. What I really want going forward is for everyone to consider actual transit riders. Like my friend Nick mentioned earlier, we actually took the bus here. The bus stop wasn’t shoveled out and we had to climb over a 3-foot high, icy snowbank. In Minneapolis, local bus service is actually very bad. During rush hour, it can take up to a half hour to get from Downtown to Uptown on a bus that is packed to crush load capacities. Now I’m not advocating reopening the Alternatives Analysis because, frankly, I’m not convinced that we will get a better outcome. However, it was extremely frustrating to see real transit improvements for Uptown rejected for a different alignment that doesn’t benefit Minneapolis. Going forward, we really need to consider actual people who already use transit. Thank you.

After two hours and the facilitator was trying to end the discussion, the crowd in the room was getting really combative and began to demand that the Met Council Members in attendance come to the front and answer all of their questions. The facilitator quickly consulted with Chair Haigh and shot down the idea, claiming that it wasn’t the proper time for that type of dialogue. With that, the meeting came to an end.

In the end, I left upset at the Met Council more than anything. I sat through a two hour discussion that was mostly the audience in the room, almost to the point of yelling, lombasting the idea of a freight reroute into St. Louis Park. I think the chances are slim that the Met Council will come away from these studies and recommend anything other than their original co-location with shallow tunnels.

So, my question for the Met Council is this: Why were you sitting there for two hours letting people yell at you over a freight reroute that is not going to happen? Why were you wasting everybody’s time?