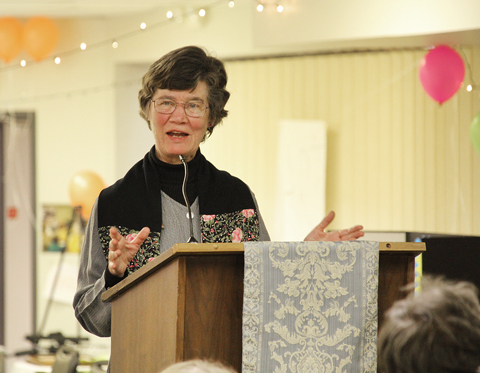 At the Southeast Seniors Celebrate Southeast! event on April 28th, Don and Arvonne Fraser were honored for their long record of service, not just to Southeast Minneapolis, but to the city, the state and the world.  I’d like to share the remarks I made about Mayor Fraser.

Southeast Minneapolis owes Mayor Fraser a great debt of gratitude. I want to tell you about two historic Southeast landmarks that we would probably no longer have if Mayor Fraser had not stood up to say, “Enough! We’ve altered or destroyed enough. No more!”

They are the Stone Arch Bridge and the Marquette Block on E. Hennepin. 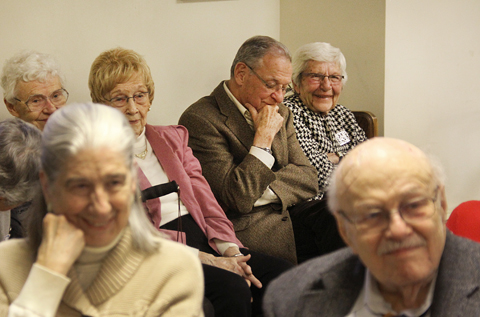 Just try to imagine the Stone Arch Bridge as one Hennepin County Commissioner would have redesigned it. The County light rail authority owned the bridge and was “banking” it as a possible river crossing for the line to downtown St. Paul. Several other crossings were possible, and even preferred, and the conversations about the potential value of the bridge as a pedestrian and bike route were already floating about in the early 90s. But the Commissioner was wedded to the idea of trains once again crossing the landmark bridge. He proposed that pedestrians and cyclists could be accommodated alongside the trains on a cantilevered walkway attached to the bridge. You don’t have actually to imagine it; drawings were produced, showing the cantilevered walk hanging on the side of the bridge.

Mayor Fraser and his staff, and others, mobilized opinion to see the possibilities of the bridge as the center of the St. Anthony Falls Heritage Zone and a great gathering point for the City. One memorable effort was an appearance of sign-waving mayoral staff people at the County Commissioners’ meeting, as the commissioners discussed a bridge proposal. The County was unwilling to let the bridge be used by pedestrians on a temporary basis, as was being proposed; they knew of course that once people had a taste of the bridge’s views and the power of its structure, that they would never be able to put LRT on it.

Eventually the Mayor’s Office found assistance at the Legislature. State Representative John Sarna provided legislation to invoke the State’s power to purchase the bridge from the County for a dollar and make it part of the St. Anthony Falls Heritage Zone. It was refitted for pedestrian and cyclist use and rededicated in the summer of 1994.

The Marquette Block is the block on E. Hennepin where today we find Bruegger’s Bagels, Taraccino Coffee, Rachel’s restaurant and Punch Pizza. In 1993 these five small buildings were all that stood in the way of a parking lot for the businesses on E. Hennepin, but they are also contributing properties to the St. Anthony Falls Historic District. The District was under threat at the site of the new Federal Reserve Bank as well, where another five contributing buildings had already been doomed.

The Minneapolis Community Development Agency inherited the buildings in the mid-80s, when the Boisclair developments went belly-up. But MCDA did not want to put money into maintenance until a redevelopment path for the entire site was clear. An architect, who tried to buy only the Rainville building, wrote to the Mayor’s Office in 1993 to ask, “Is this a case of demolition by neglect?”

One building was in such terrible shape, that Charles Nelson, the state architect, could not enter it when he toured in late 1992. However he noted that the other four were in better shape, and that the Andrews Building at 208 E. Hennepin was “one of the finest extant buildings from the early commercial development of St. Anthony.” He noted that its 1875 date was probably not correct and that it could easily be from the 1860s. Nevertheless an MCDA-organized task force recommended demolition for a parking lot and a council committee (but not the Council) voted in May 1993 to go ahead on safety and health grounds.

Mayor Fraser persisted in asking at every opportunity, “Aren’t we risking the Historic District designation if we demolish these buildings?” He backed the neighborhoods, the Heritage Preservation Commission and planning department staff in requesting an Environmental Impact Statement to answer questions raised in the Environmental Assessment Worksheet. MCDA agreed to issue another Request for Proposals to run concurrently with the EIS work, and by late 1993 Brighton Development had delivered a proposal that found favor with MCDA and elected officials.

We can’t really imagine E. Hennepin without those bright restaurants in the historic buildings in the 200 block. They attract walking traffic, morning, noon and night, and they bring in people from all over the Twin Cities who want the Old St. Anthony experience . And we certainly wouldn’t recognize the St. Anthony Falls Heritage Zone if we were banished to a metal walkway on the Stone Arch Bridge, alongside speeding light rail.

Mayor Fraser’s role in saving these landmarks wasn’t much recognized at the time or since, in my opinion. Maybe that’s because he mostly stayed behind the scenes, organizing small meetings, finding and supporting sympathetic allies on the Council, among planning department staff, and on citizen and joint powers bodies, like the Heritage Preservation Commission and the St. Anthony Falls Heritage Board. And he was able to secure allies at other levels of government, especially at the State Legislature and the Minnesota Historical Society.

Let me also say just one thing about the Frasers as a team. I was once assigned to write something about Mayor Fraser’s childhood memories. He was his usual reticent self, and finally he told me to talk to Arvonne. He said, “I tell her things and she remembers them.” 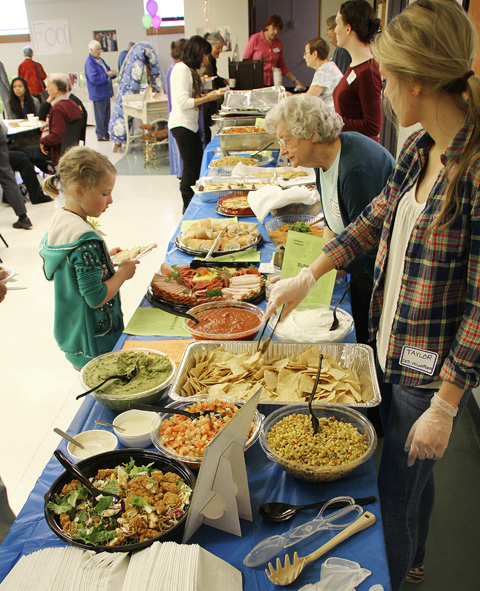 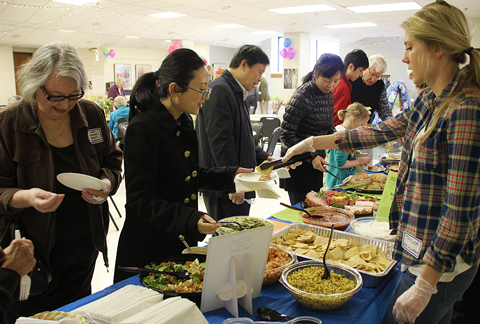 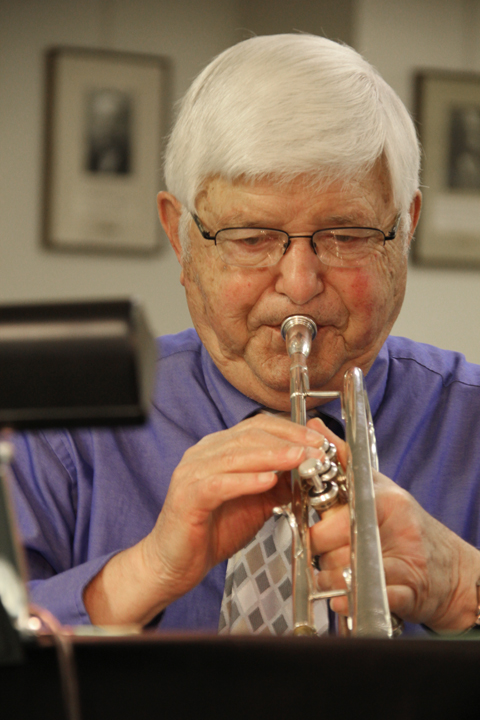 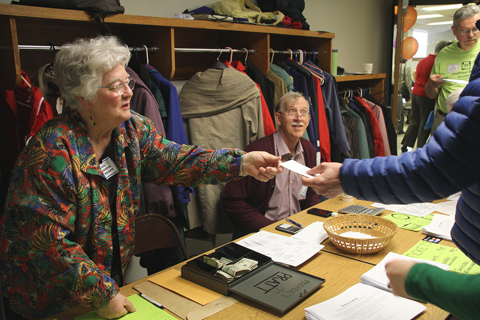 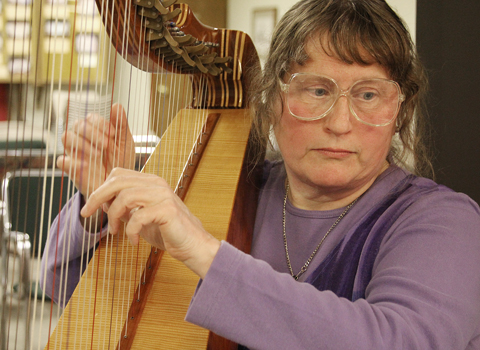 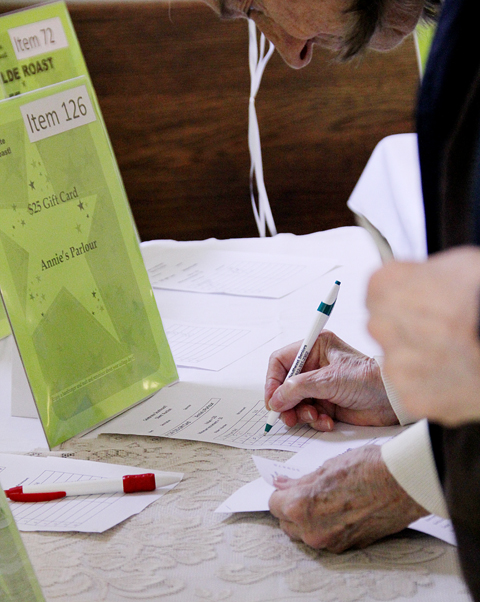 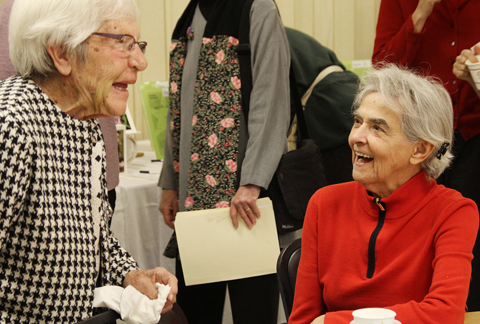 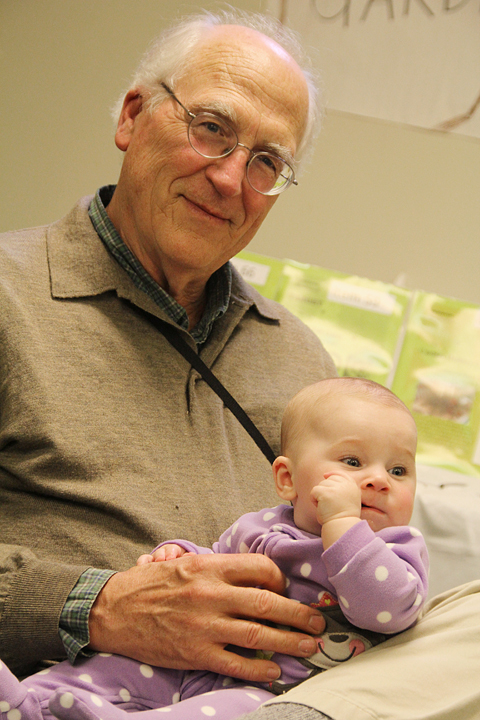