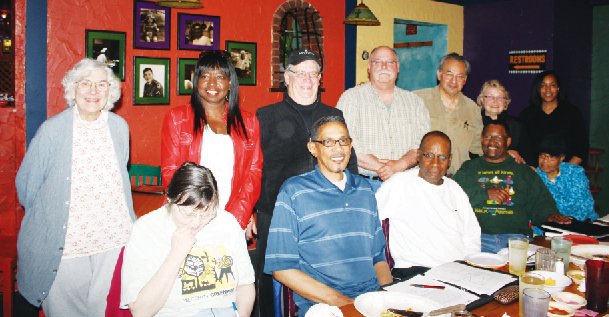 In June 1931, Arthur and Edith Lee, along with their six-year-old daughter Mary, purchased and moved into a two-bedroom house at 4600 Columbus Avenue in South Minneapolis. Shortly thereafter, the Lees — a Black family — were offered $300 more than they paid for the house if they would sell and move away.

Then one July night an estimated 4,000 White people showed up at the Lee residence and surrounded it in a hostile protest, shouting obscenities and throwing rocks and other objects.

Thousands of White protesters would gather nightly at 4600 Columbus Avenue South. “My grandpa was a guard at the post office and could legally carry a gun,” says Robert Arthur Lee Forman, a grandson of Arthur Lee, who still lives in South Minneapolis. “He and his three brothers, who also had guns that were not legal, and a couple of White people from the neighborhood stood their ground against the angry White protesters.” 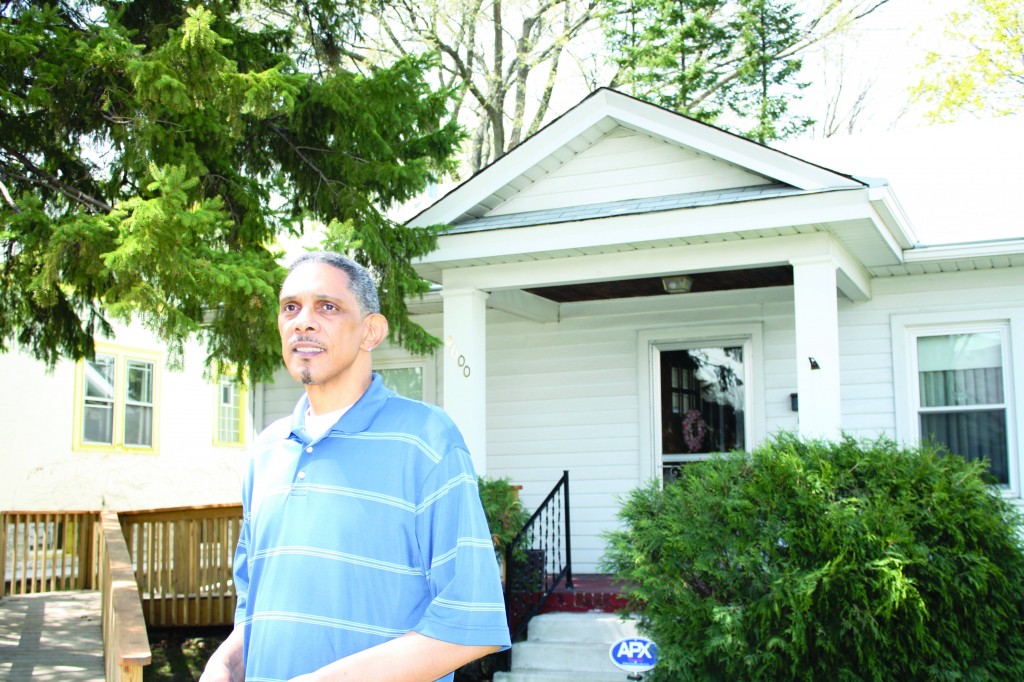 Right: Robert Forman in front of his grandparents’ house at 4600 Columbus.

A World War I veteran, Arthur Lee told a Star Tribune reporter during that turbulent year, “Nobody asked me to move out when I was in France fighting in mud and water for this country. I came out here to make this house my home. I have a right to establish a home.”

Arthur and Edith Lee eventually moved, but they intentionally took their time, sending the message that they could and would stay until they were ready to move.

Eighty years later, a group of people in South Minneapolis is leading the way for a first-ever candlelight vigil commemorating the Lee family’s standoff. The Lee Family Commemorative Event will take place on Saturday, July 16, at 7 pm. There are plans for a march that will begin from a local park and end up in front of 4600 Columbus where it all happened, but that has not been confirmed yet and will be announced by the Lee Family Committee at the end of May.

Joe Minjares, who owns Pepito’s Mexican Restaurant/Parkway Theater on 48th and Chicago Avenue South, and a group that calls itself the Lee Family Planning Committee will coordinate everything. Minjares spoke with the MSR about how he decided to get involved with the Lee family and get the planning committee started.

“Well, first, I know a little bit about the history of this South Minneapolis community,” said Minjares. “This area had some horrible stories regarding racial intolerance. My very own Parkway Theater originally had a section blocked off for the ‘Coloreds,’ or the Black, Brown, Yellow and Red people of Minnesota.

“When I purchased the theater as a new addition to my restaurant, Pepito’s, I received feedback from the guy I bought it from,” Minjares said. “He told me about calls and comments he received [like “How could you sell your place to that f***ing Mexican?”] Therefore, after more than two handfuls of those negative, racially hostile comments, I decided to do something that would combat that ignorance.”

Minjares’ opportunity came with his involvement with the Lee Family Planning Committee. For him, this project is an act of solidarity to reach out to his fellow man’s story with common ground and a common struggle to overcome bigotry. Minjares said that he assembled a diverse group of neighborhood folks to commemorate Arthur Lee’s life because the struggle to overcome the race problem still exists today, although in a different way.

MSR asked Robert Arthur Lee Forman (RF), one of the two surviving grandsons of Arthur and Edith Lee, to share his thoughts about the efforts of the committee.

MSR: How do you feel about the tribute to your family?
RF: Wow! I’m overwhelmed and honored.
MSR: Your mother was a six-year-old child when your grandparents moved into the house.
RF: Yes, that was her. She told me that every day the police would give her an escort to and from Field Elementary School on 46th and 4th Avenue.
MSR: What was your mother’s full name?
RF: It was Mary Edith Lee, born May 31, 1926 and died November 26, 2005.
MSR: How did they finally come to the decision to sell the home after holding out to make a point?
RF: As I understand it, my grandmother was [only] 4’11”, but when she told my grandpa to sell, he did it.
MSR: Did they get to enjoy the house at all?
RF: From what I’m told, they did for about one month, until the White people found out that someone Black owned it. That’s of course when everything started going crazy.
MSR: Where did they move to?
RF: Well, first my grandpa moved temporarily into a rental house at 3516 Clinton Avenue South until another house he was looking to buy at 3528 Clinton was ready.
MSR: What do you remember the most about Arthur Lee?
RF: My mother was his only child, and I guess he probably wanted a son. So when my brother and I came along, we were it for him.
MSR: So you were very close to your grandfather.
RF: Yes, we were close. He taught me how to fish, hunt, and live off the land. I once saw him build a two-bedroom cabin cruiser boat that holds about six people. He even bent the wood into a bow, but it had this pinhole in it that drove him wild.
MSR: Do you miss him?
RF: What I miss the most are his stories.
MSR: How does all of this make you feel?
RF: Extremely proud. I’m named after my grandpa. My full name is Robert Arthur Lee Forman.
MSR: Any final thoughts?
RF: My grandpa used to have two things that got under his skin equally. It was that pinhole in the boat and saying yes to my grandmother when she told him to sell the house at 4600 Columbus Avenue South. If it wasn’t for him wanting to make my grandmother happy, I believe — that house — would still be in our family to this day.