“FLOW is a celebration of all that is great on the Northside…the talent and aspirations of our young people, the wisdom and insight of our elders, the beauty and depth that comes from our artists, the rhythm and vibrancy of our music…and the power of transformation that is underway in our community.” – that’s the promotional promise from the FLOW map, and while no single person could see it all, here is something from each of these aspects: 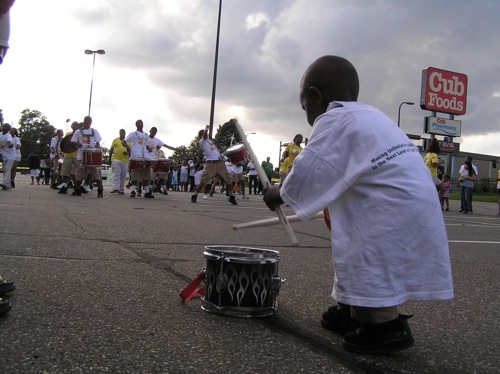 A little Unlimited Next Level fan may have stolen the show at first, but the UNL Drill and Dance Team’s energy won out eventually. 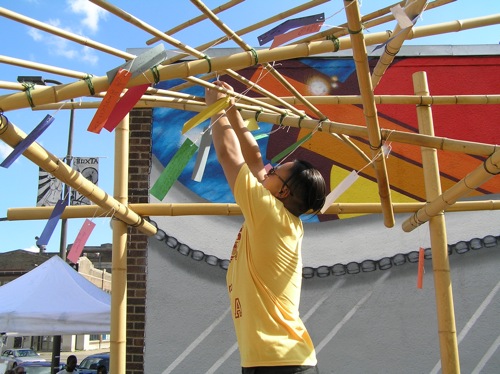 At Juxtaposition Arts along Emerson north of Broadway, they’re turning a vacant lot into a sculpture garden with three pieces on loan from Franconia Sculpture Park arriving next week. For FLOW, they invited attendees to write out wishes that were then attached to the bamboo at the front of the garden. 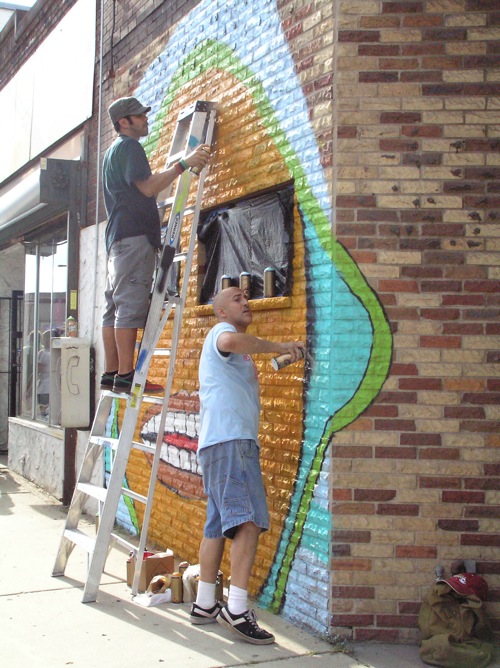 And around the corner on Broadway, Juxtaposition spray can artists are turning a former law office storefront into a huge piece of art. 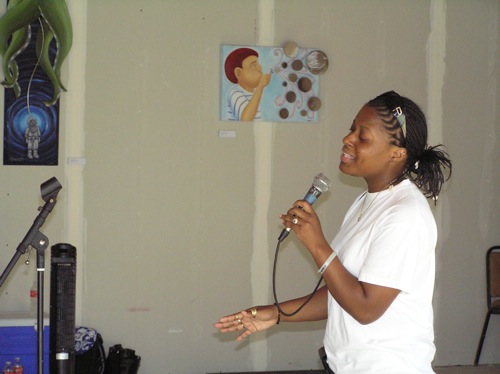 Amira Brady crooned to R&B tunes at the 5 Points Building, formerly Delisi’s Restaurant and now the home of KMOJ Radio on second floor at Penn Avenue and West Broadway. Developer Catalyst Community Partners is working to get a restauranteur interested in the main floor space. Artist Ken Farkash’s work is in the background. A total of 22 visual artists were sprinkled throughout the various participating buildings. 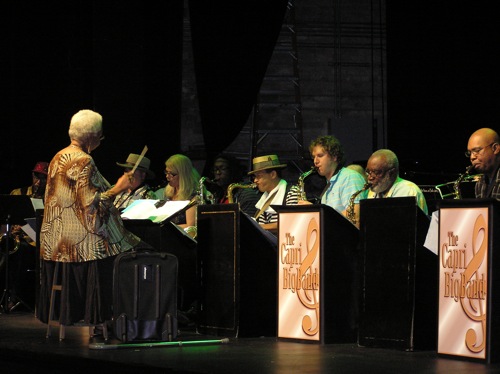 The Capri Big Band, directed by Faye Washington, bathed in green light at the theater for which they are named, blasted out songs like “In a Mellow Tone” and “It’s Like That” spanning the decades of jazz. 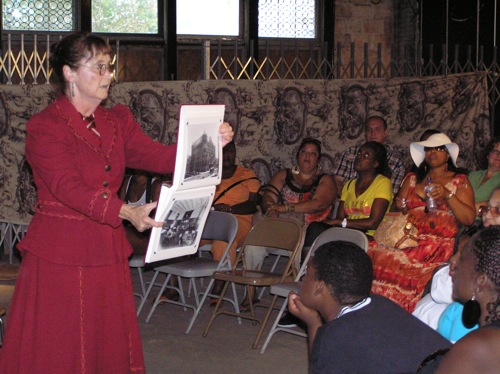 In the shell of the Northside’s first library at 1834 Emerson, Maureen Trepp told personal and professional details from the life of Gratia Countryman, the legendary librarian who was the first to allow the public to browse the library’s collection, and brought books to people on skid row and in homes for unwed mothers so they could improve their lot through education. Countryman went on from Minneapolis to run the Hennepin County system – sound familiar? Trepp, as Countryman, talked about riding out to rural Hennepin County, “Excelsior!” Emerge Community Development is raising the last of the funds necessary to turn this building into a center where people can go to learn how to use computers and find work. 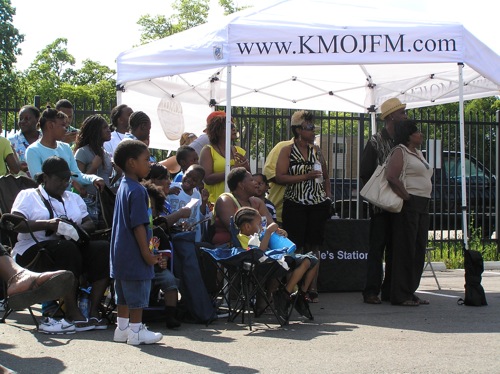 An audience of all ages enjoyed a youth gospel group on the KMOJ stage outside of the 1200 Broadway building. It’s hoped that by next year’s FLOW celebration, that building will have a café called Gullah Grub using the outdoor seating area where people gathered Saturday. 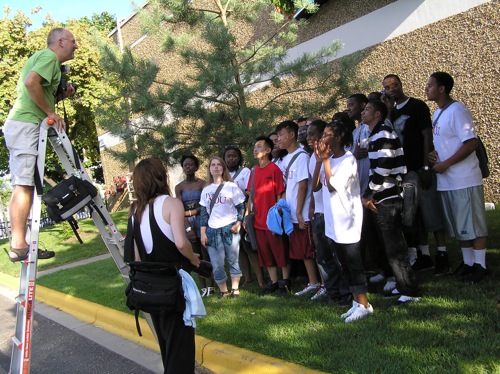 Northside residents, youth bound for college, participated in a ceremony called Keep the Knowledge FLOWing, and posed for a photo that will be placed on billboards around town, according to Sondra Samuels of the Northside Achievement Zone, which aims to prepare every child in the area for college.