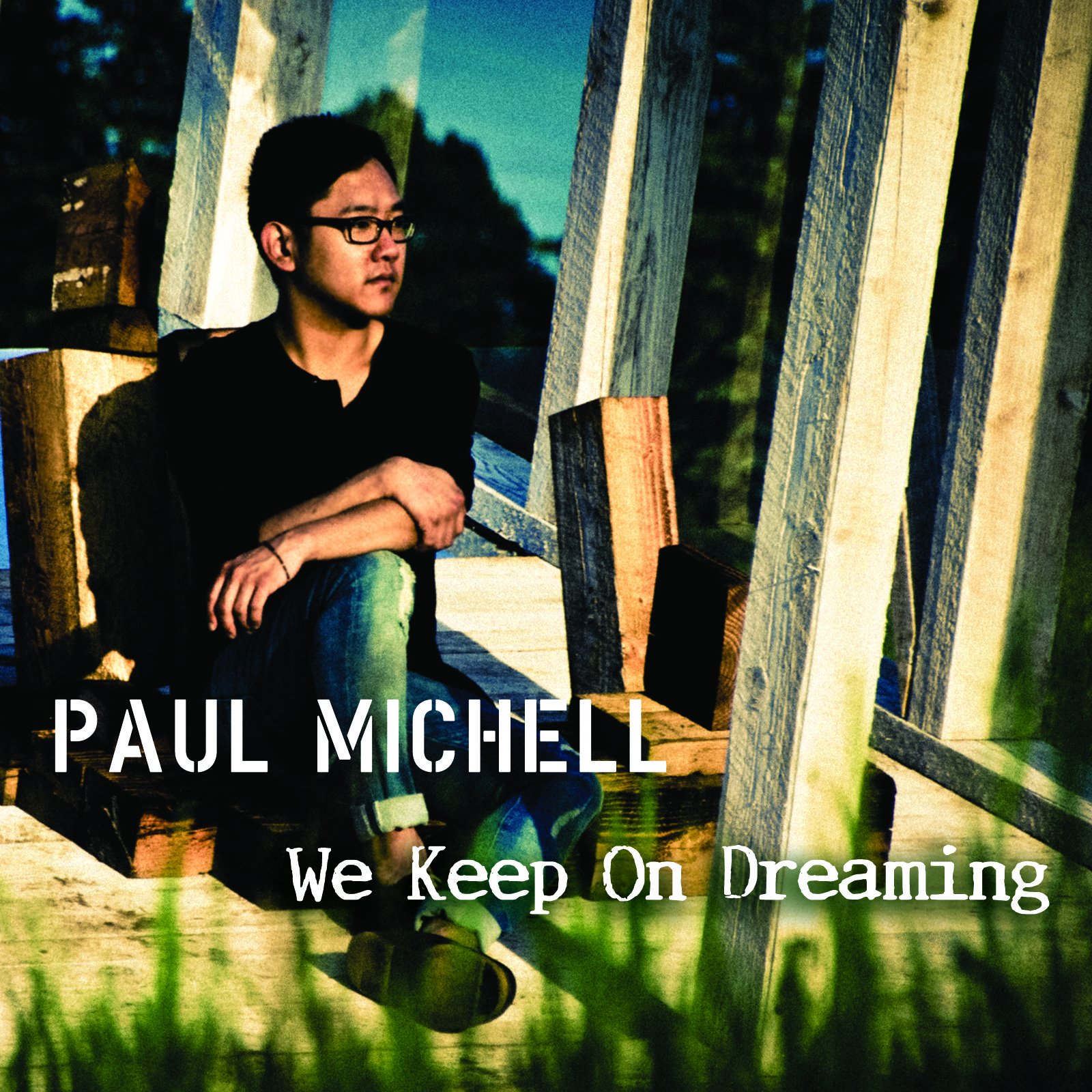 Pop music is a lost art. The most cynical among us would say it should stay lost, especially here in the Twin Cities where everybody and his brother wants to have the baddest blues-rock band for miles around. Fact is, though, when it’s done well, like any other genre, it’s a work of admirable craftsmanship. Point in case, singer-songwriter-pianist Paul Michell’s excellent six-song offering We Keep On Dreaming.

Michell has a savvy ear for and a sure hand with richly melodic, easy listening fare. You don’t come across that much these days. There’s a short list that includes the likes of, say, Benjamin Raye, David Hanners and few others, putting Michell in some fairly select company. It wasn’t a straightforward path for him. In fact, he’s lucky to be making music at all. A quote from his bio. “Paul grew up in a ‘pretty strict’ Baptist household. [And remembers] some gospel records that were too ‘scandalous’ in my house because my parents didn’t really approve of the urban beats. I was technically only allowed to listen to music that was sold from a Christian bookstore and even some of those bands or artists were kind of considered a little too ‘rock and roll’.” However, thankfully, he prevailed.

“Breathing Underwater” is crisp, catchy with a plaintive, ear-friendly vocal and solid, gradual build that, by the end of the tune, has you marveling as much at Owen Sartori’s production as you do at the song, itself. Sartori, by the by, pitched in on the writing for this one. He and Michell co-produced the rest of the disc. Good lyrics. “Life is such a mystery, from the road we walk, to the life we lead/Does anybody know, what’s up or down below?/I’ve had so many sleepless nights, staring at the past, looking for the light/Staring at the stars, I see how small we are”. The refrain. “I’m breathing…underwater/I’m breathing…underwater/I don’t know what’s in front of me/The past is still a mystery,
I’m breathing underwater”. Who says you can’t make commercial music and do it with thought?

We Keep On Dreaming, following his debut, Wake Me Up, marks Paul Michell as a someone well worth hearing.