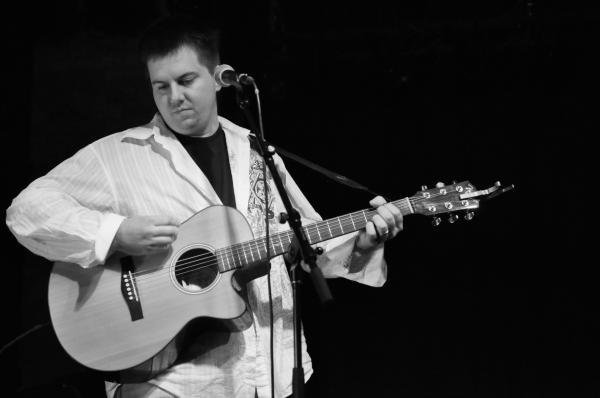 There’s a very long list of top rate Twin Cities talent that has, for one reason or other, failed to go national. Some of it is simply career wreckage with skilled artists falling by the wayside, some of it is acts who have gone as far as their marketing acumen and good luck can take them. Premier singer-songsmith Benjamin Raye is determined not be one of them.

From the look of things, the smart money would do well to loosen its purse strings and lay down a bet — there’s a reason he’s gigging on a weekly basis while others see plenty of daylight in their schedules and are lucky to hit the stage more than a few times in a given month.

For one, Raye makes no bones about being commercial artist and doesn’t see it as sacrilege to mention the words commercial and artist in the same sentence. Which is by no means the same as simply selling out to the corporate machinery to try and be popular at any cost, including sacrificing integrity.

“I guess I believe,” he says, “in ‘real’ music too much to go ‘bubble gum’. I’d rather perform music I like and believe in … than a bunch of stuff my heart isn’t in.” With his new album Come and Get It, he states, “I didn’t want every song to sound the same. I wanted a hard rock song or two, a country song, R&B. So, I sat down and wrote what was in head to [have material] in those formats. Those styles. Genres.”

A lot of writers are doing well if they can handle a one bag and do it well. For an idea just how eclectic his music is, he was tapped as 2012’s Most Promising New Artist by the Independent Country Music Association (Nashville) and just recently, Key Marketing Group & Communications sent out a press release touting his prowess as a jazz musician. While his influences certainly do range from the one to the other, he largely settles in the middle to produce warm, ear-friendly body of pop music,

A promising sign of progress. He has gone from auspicious do-it-yourselfer to label-signed performer, stepping on-board at Tate Music Group with producer Josh Dogan who, by the by, has an uncanny ear for bring out the best in Raye.

Raye’s take: “After I made the first EP [Benjamin Raye] by myself, I wanted some new music, but I was a lot busier now with gigs and wasn’t sure I would have the time to produce another record of decent quality, so I wanted to try to find some help. So I signed with Tate. This way I was able to send them some rough demos, and then let them do the hard work.”

Among prestigious venues Raye has played over the years, steadily building a strong following, are the Varsity Theater, The Fine Line, Minnesota State Fair and at Target Center, singing The Star-Spangled Banner for the Timberwolves. He’s got a handful of dates coming right around corner where you can catch him and see for yourself the sort of shot he has attaining state of the art success. That’d be February 7 at Moe’s, 2400 County Highway 10 in Minneapolis, 9 p.m., February 8 at Old Piper Inn in 1416 93rd Lane NE in Blaine at 9 p.m and February 14 and 15 at Mystic Lake, 8 p.m.