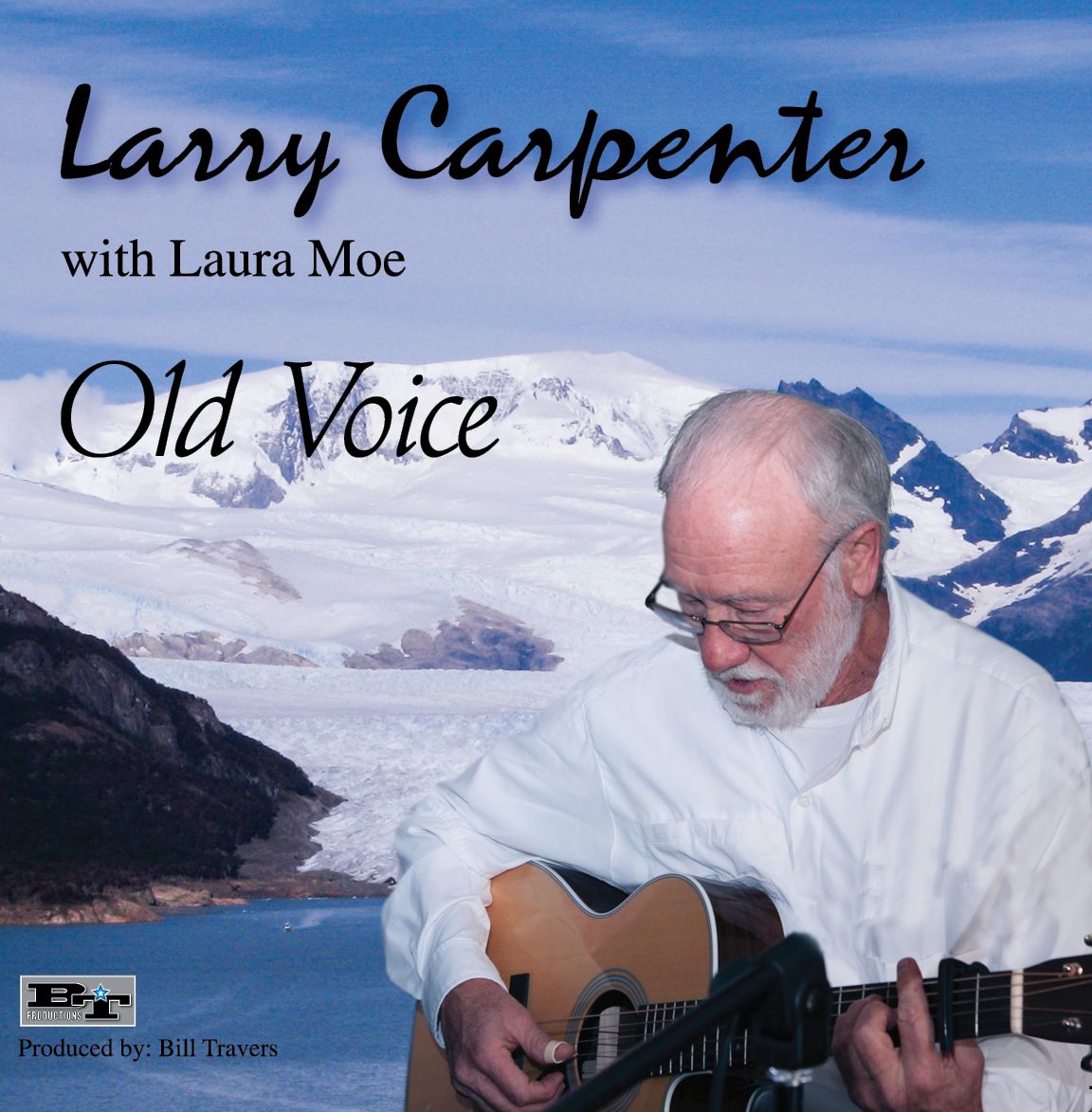 Balladeer Larry Carpenter and producer Bill Travers make a great team. They came up with Across the Water, a sparkling gem, a few years back. And are back at it with Old Voice (BT Records), bringing in songbird Laura Moe.

The Twin Cities scene has seen a lot of impressive rock, funk, hip-hop and even a few decent blues bands keeping Minneapolis and St. Paul nightlife worth braving the cold. Not so much, quiet acoustic acts. Beyond the popular trio of Travers, Moe and Francis Duxbury III a/k/a The Travelin’ Moburys, there really ain’t a whole lot to speak on around these parts. If there’s anybody else in Travers’ camp looking to see the light of day, the field’s wide open.

Old Voice is apt wording. Along with being the title of one of the cuts, it fits just fine to describe Larry Carpenter. You don’t develop his authority, a gently laid back, sweetly wizened tone coming out of the gate. It takes time. Accordingly, Larry Carpenter has been around quite some time — several decades, in fact — and doesn’t seem to have wasted one minute over all the years. His sound is a simple one exuding the quality of elemental grace we haven’t seen since the likes of Tom Rush, Eric Anderson, Phil Ochs and such surfaced back in the late 60s and early 70s.

For Old Voice with an understated hint of Paul Simon to his vocals, Carpenter comes up with another collection of calming, companionable performances. As with Across the Water, he goes out of his way to find obscure material with which to create laid back magic. In one exception, he executes a winning, reflective rendition of that chestnut by the Eagles, “Peaceful Easy Feeling” in his own signature style.

“Woodsmoke and Oranges,” described in the liner notes as “a…tribute to the rugged wilderness of the Canadian North Shore of Lake Superior,” starts the album on a note beautifully indicative of the overall fare. It has Carpenter and Moe blending on airtight harmonies for flowing melodies and perfect playing that put the easy in easy listening. The notes say of Quoddy Point, “Anyone who sees a sunrise from Quoddy Point will be the first in the U.S. to see the light on that particular day.” The treatment Carpenter and company give it is enough to make you imagine that view along with the joy of sitting there, sharing with a loved one. Listen for Bill Travers’ characteristic picking. He truly is one of the tastiest guitarists you’ll here for miles around. He knows when to do a flurry of fills, when to simply put the right notes in the right places and when to do a sweet combination of the two.

Old Voice by Larry Carpenter with Laura Moe is the kind of wonderfully gentle music that simply doesn’t come along everyday.