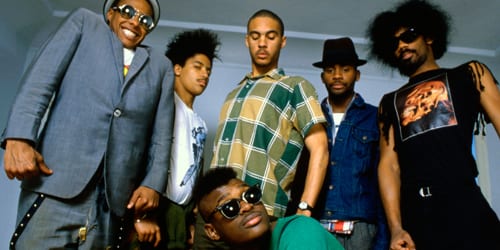 I took over as the director of programming for Sound Unseen in the summer of 2008 and haven’t regretted one moment. Having viewed close to 125 music narrative and documentary films since (with help from Adam Sekuler and Steve Holmgren), it has been a joy to find some of the weirdest, saddest, eye-opening, dramatic, over-the-top, hilarious, and scariest musicians, producers, photographers, directors, record promoters, and fans to ever step in front of a camera.

It isn’t easy to narrow down the final Sound Unseen titles, but we make sure that there is something for everyone to enjoy. And while it’s hard to choose a favorite in this year’s line-up, I couldn’t be happier with the films (most of them Minnesota premieres), bands, and venues that Sound Unseen 11 has to offer this week.

Starting Wednesday night at the Trylon Microcinema, the German 1926 silent film The Adventures of Prince Achmed screens with local musicians Dreamland Faces performing a live score. If you’ve never had the chance to be on-hand for a Dreamland Faces film accompaniment, you should know that it’s something you’ll never forget. You watch subtitles glide across the screen as members of the band watch the film with you—only they’ll be hitting piano keys, waving a saw up and down, and playing othe rinstruments throughout the film. It really defines the Sound Unseen experience. If you can’t make it to the two screenings tonight, there will be a third showing of Prince Achmed, on Sunday afternoon—a special family screening where there will be discounted tickets for children.

This year also marks the first time that Sound Unseen has collaborated with the Southern Theater; the three documentaries screening at the Southern are all worth seeing and then some. Thursday night, you’ll get your first opportunity to see to the highly regarded documentary The Agony and the Ecstasy of Phil Spector, and after the screening, there will be a dance party with local DJs Hipshaker, playing songs from the 60s and 70s.

Friday night will be the premiere of the new David Byrne and Brian Eno project Ride, Rise, Roar, a dance documentary of Byrne’s most recent tour, where he sought a different vision with his music (think Talking Heads’ groundbreaking 1984 musical concert documentary Stop Making Sense) and hired professional dancers to interpret Byrne’s songs on stage with him, even at one point donning a tutu himself. We’re also delighted to have one of the dancers, Steven Reker, present to perform before the screening and talk about his time on tour with Byrne.

On Saturday night, our closing night film is a documentary that has been on Sound Unseen’s radar for over four years, and has finally been given a small theatrical release: Who is Harry Nilsson? (And Why is Everyone Talking About Him), which covers the famed and tragic career of the man who was John Lennon’s favorite musician. Not only will you get to see a great film, but come early to hear Gary Louris (the Jayhawks) and Chan Poling (the Suburbs, the New Standards) play some Nilsson covers along with a few favorites—and to top it off, the daughter of Harry Nilsson, Annie, will be present to say a few words before the screening. Following the screening, our closing night party will be at Channel Z studios in downtown Minneapolis with a special performance from up and coming electropop band Estate.

There are also films on indie pop singer Feist, Look What the Light Did Now; Seattle soul music from the 60s and 70s, Sound Unseen Duluth prizewinner Wheedle’s Groove; Canadian rock band Broken Social Scene in This Movie is Broken; the controversial rapper Lil’ Wayne in The Carter; an expansive documentary of legendary jazz bassist Charlie Haden, Rambling Boy; a complete story on the rock/ska/reggae/jazz/hip-hop band Fishbone (above), Everyday Sunshine; music writer Geoff Edgers’s attempt to reunite the classic British rock band the Kinks, Do It Again; and our one screening at the Red Stag Supperclub, famed Dutch photographer/director Anton Corbijn in Shadow Play.