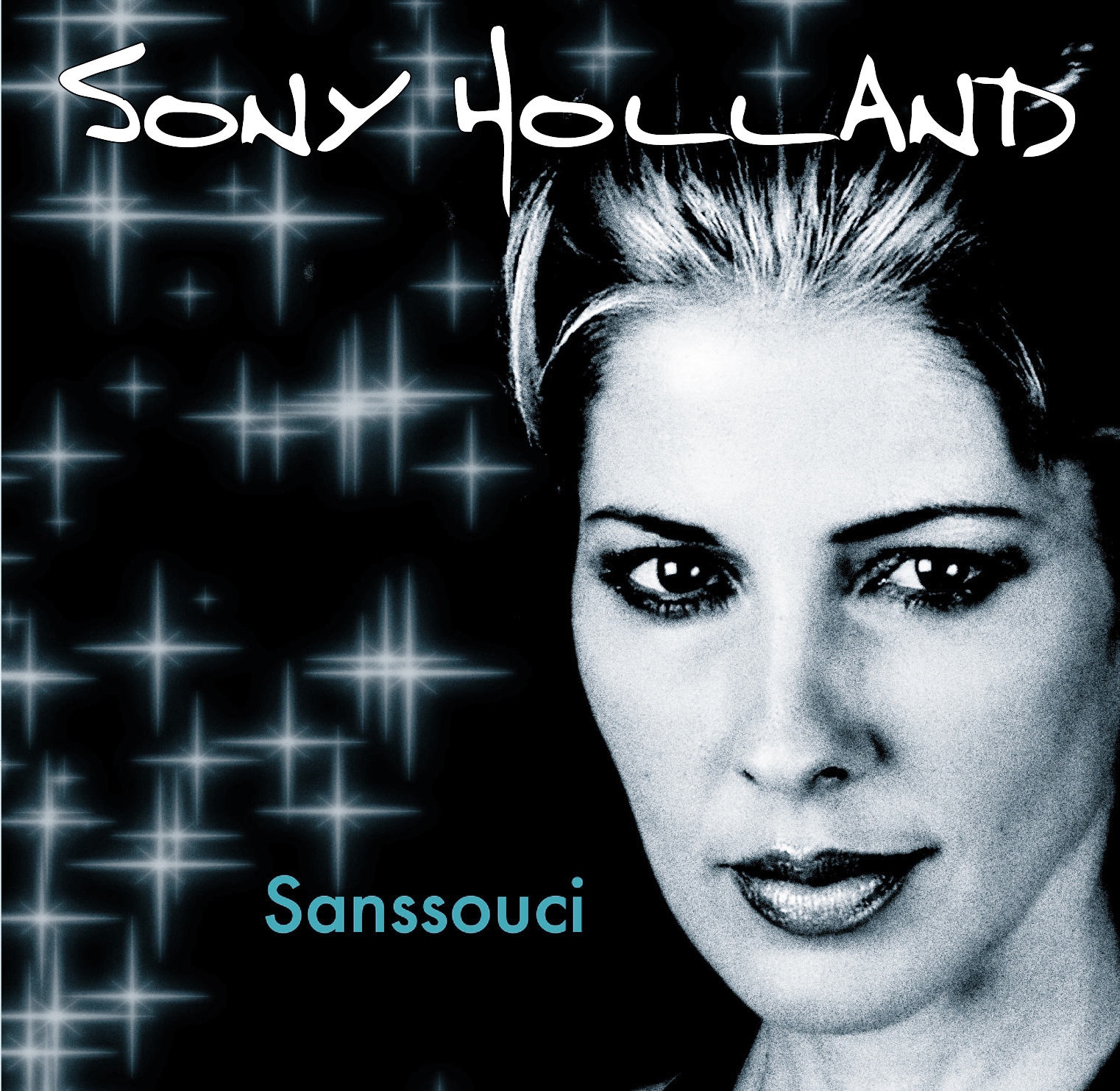 Twin-Cities-spawned ace chanteuse Sony Holland is back at it, keeping the airwaves safe for smooth, cool jazz ballads with her new album Sanssouci (Van Ness Records), following the brilliant Out of This World (Van Ness Records) from 2009.

Holland is the quintessential artist, honoring an ageless genre while marking her mark on it. Her calling cards are flawless phrasing, sultry tonality, and bright energy. Her music allures. With the same, rich textures, for instance, Lani Hall used to infuse Sergio Mendez & Brazil ’66 with subtle grace and hypnotic sensuality. Holland has that kind of commanding presence, that kind of irresistible artistry. That kind of heat.

She’s joined on Sanssouci by Jerry Holland (guitar), David Hughes (bass), Kendall Kay (percussion), Robbie Kondor (keys), and Wolf Sebastian (cello), a combo that fits the velvet vocalist like a proverbial glove. The boys provide excellent, flowing accompaniment that showcases Holland to best possible effect. She is seamless. Together, Sony Holland and her band make it all seem effortless, make magic like it’s nothing, bring some pretty marvelous stuff.

Holland’s take on the old standard “My Foolish Heart” is a fine opener for Sanssouci, signing in with her trademark style. She holds down a breezy, lilting groove. Gleaming highs. Rich low tones. In between she fairly dances on air. It’s a recurring quality throughout the album. “Too Many Beautiful Girls,” by Jerry Holland, is innovative, a doo-wop melody that swerves into samba and winds up a very smoky affair. The Rodgers and Hart chestnut “My Romance” gets a refreshing going over, soft and laid back. Holland’s singing is superb. Fluid. In fact, enchanting. “Those Dancing Days Are Gone” blends reggae and jazz to a tantalizing T.

Out of This World, aptly titled, captures cool jazz at its finest. On standards like “Old Devil Moon” and “I’ve Got You Under My Skin,” and on Jerry Holland originals “It’s An Understatement,” “I’ll Lead The Way,” and “By The Sea.” On everything, the band swings, and Sony Holland sings like a dream.

This album is a splendid follow-up—improving, as it were, on perfection. Holland broadens her textures, gets a little more sinewy and, in general, intrigues beyond belief. All said, with Sanssouci, Sony Holland continues establishing herself as a siren of the first order.