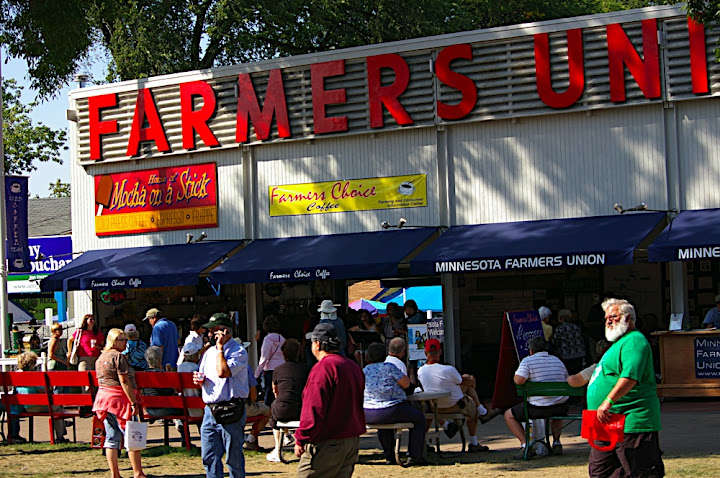 The Farmer’s Union booth has one of my favorite fair foods – mocha on a stick. It also boasts fair trade coffee from Guatemala, served hot or iced, and a “Back 40″ patio with plenty of room to rest and enjoy that coffee. 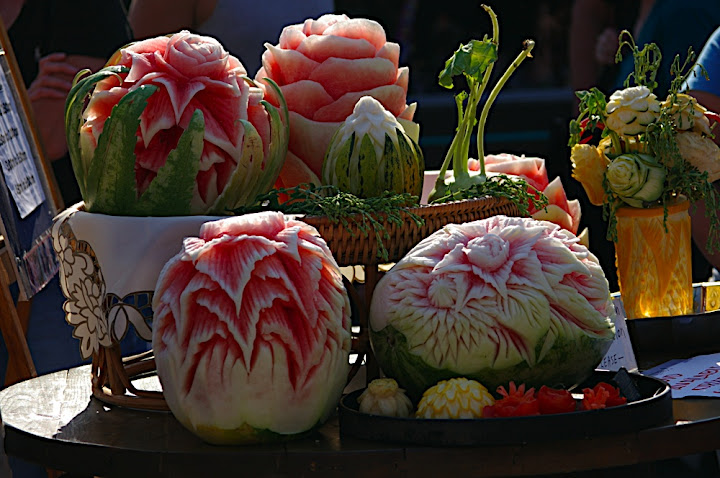 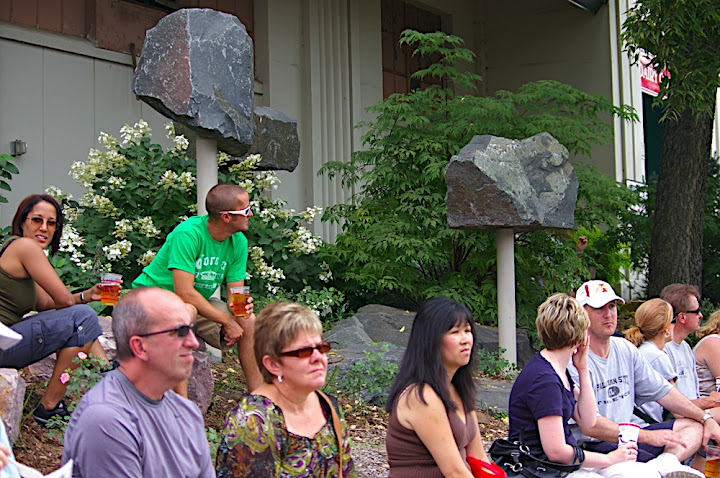 Though the Fair is rightly famed for food on a stick, that’s not all that gets attached to sticks. Fans advertise everything from the Minneapolis Art Institute to the upcoming census. And outside the sheep barn, fairgoers rest under the more solid rock-on-a-stick display.

The Creative Activities building offers another fair tradition on a stick: 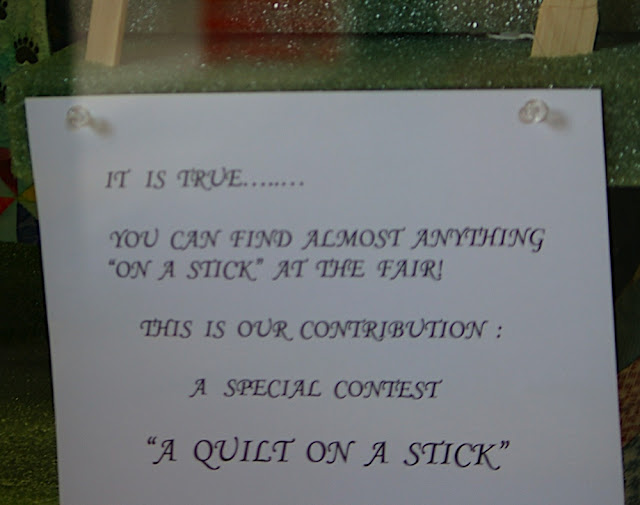 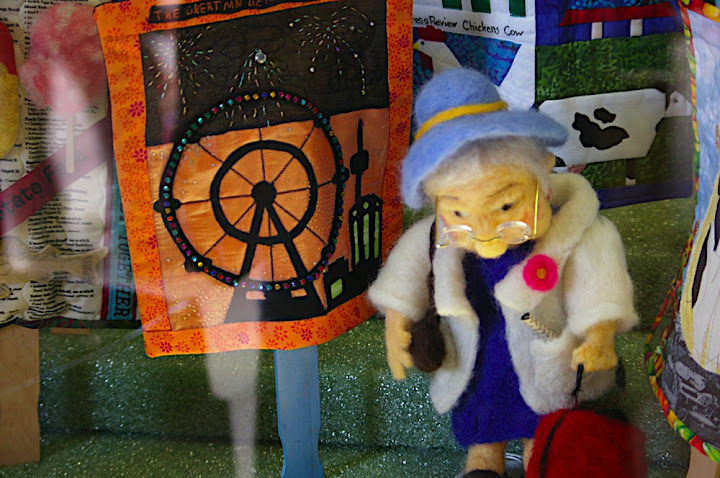 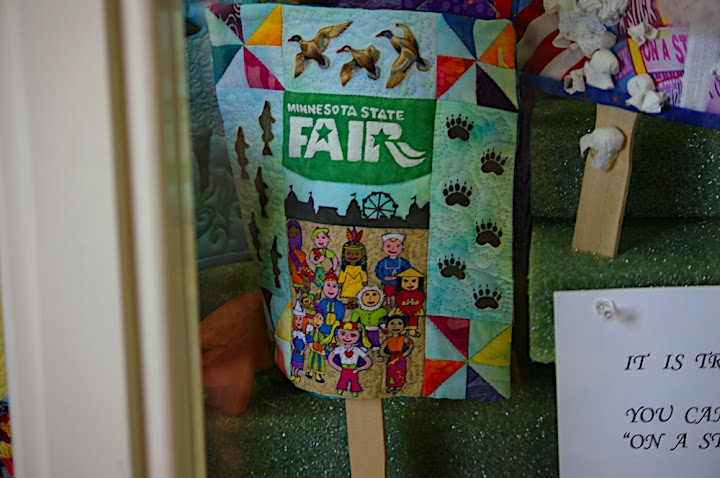 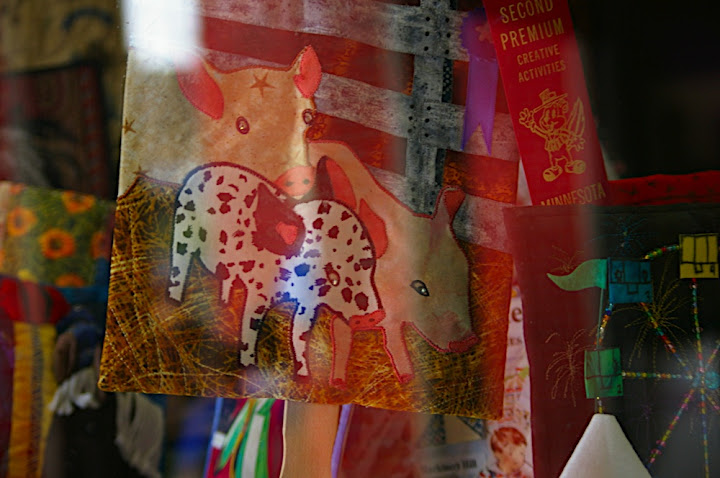 People-watching is another great Fair tradition. 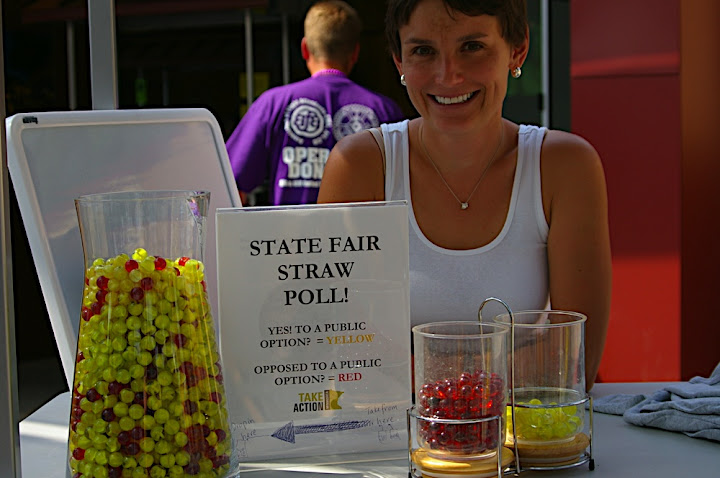 At the AFL-CIO building, a volunteer reported that they had almost run out of the yellow marbles voting for a public option for health care. 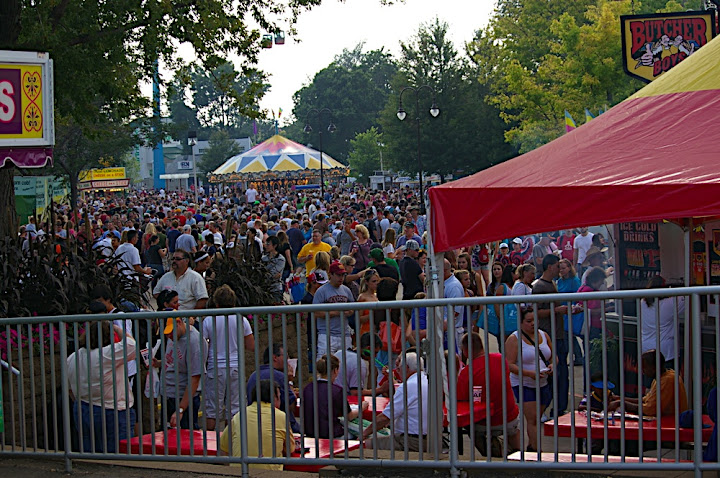 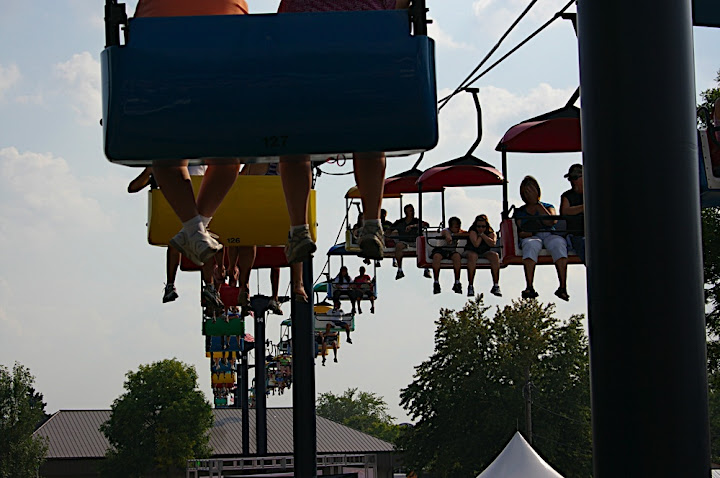 There were crowds in the streets on Saturday and on the great over-the-fair ride. 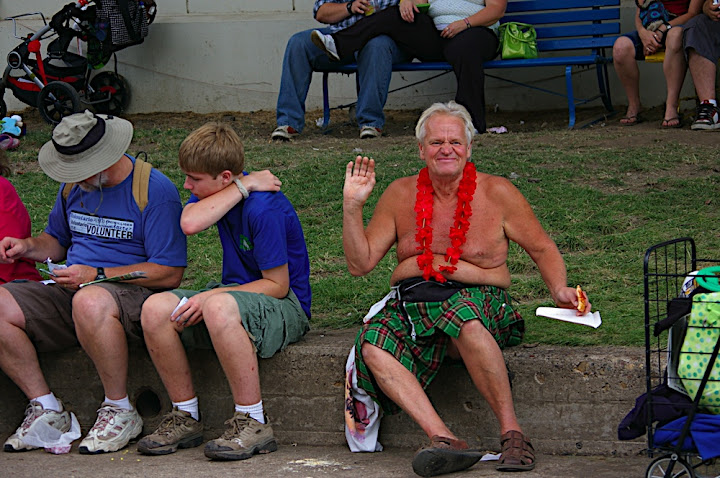 And one Fair-goer took the prize — easily — for the most bizarre costume, with his Scottish kilt and Hawaiian lei.