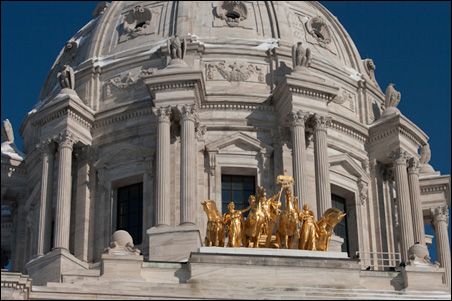 News of a stealth grassroots effort to urge Republican legislators to compromise reached my ears Monday.

Even as the faces of the governor and key members of the Legislature seem to convey a message of gridlock and impasse, the executive director of a local nonprofit describes a “low-key” under-the-radar approach to end the budget stalemate with no shaming or blaming (his words) for those willing to step up and compromise. In return, groups promise to publicly praise legislators who support compromise.

Small groups of clergy, business representatives and local community leaders in about a dozen towns around the state, says Brian Rusche, are meeting “very quietly” with some GOP legislators. They’re saying, says the executive director of the Joint Religious Legislative Coalition, “You really have to be open to more compromise for the good of everybody.”

Four or five in a group, they’re telegraphing the message: “This is really hurting our community, our town, we need you to compromise to be open to new suggestions,” Rusche says.

About 50 people statewide make up the ad hoc group. The effort is supportive of Dayton’s budget position.

I had called Rusche to get his take on the $556 million gap between Republican and Gov. Mark Dayton’s proposals in expenditures on health and human services, as reported last week by Dayton’s camp.

“These cuts are horrible, they’re painful. It just drives me wild. Their rhetoric always focuses on the accounting exercise, making sure we stay within their $34 billion and not the human toll” such a budget would bring, Rusche says. What it means to people, he continued, “It’s just inhumane, it’s awful.”

Rusche won’t name which legislators are agreeing to meet and listen. “We’re trying to take a low-key, low-stakes approach,” he says.

Meanwhile, other efforts to give John and Jane Q Public voice are more obvious. The JRLC has posted an action alert calling for ordinary citizens to pull out markers and paint and hand-letter yard signs with such messages as: “New Revenue + Careful Cuts = Balanced Budget” or “Tax me.”

Invest in Minnesota, a coalition of faith, labor and nonprofits, has also led efforts to engage the public to speak up.

InCommons, “a community-based, statewide initiative to connect people face-to-face and online,” and the Bush Foundation are calling Minnesotans to meet next week in Grand Rapids, the Twin Cities and Rochester to hash out new approaches to address the state’s budget problems, to find “common ground” and end the gridlock. Signup is required.

“Citizen voices like yours need to be part of whatever decision our state leaders reach — in 2011 and in years to come — if we’re going to break Minnesota’s ongoing deficit cycle,” an online flyer proclaims. Diverse ideologies and perspective required.