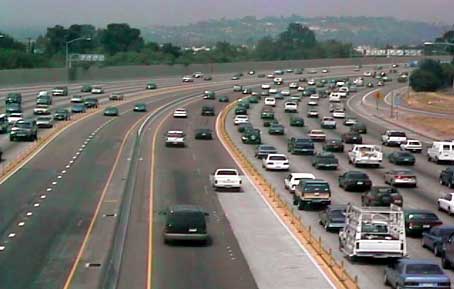 I am white. I am male. I am heterosexual. I am university educated – by all these markers I am empowered by society. I have been given a ticket to take the express lane to success and am able to by-pass those stuck in the traffic of life. For those of us in the express lane it is hard to NOT wonder why those in eternal rush hour don’t “…just get in a better lane.”

Yet, I have been fortunate enough to have missed an exit and wound up stuck in the traffic. I’m not sure exactly how and when it happened, but I do know it came out of two core beliefs:

So I started out looking too long in the “wrong” direction, listening too long to the “wrong” stations, and pretty soon I was taking the “wrong” exit. In some ways, I’ve been punished for it because I’ve learned that one thing whiteness does not tolerate well is diversity of opinion; the power brokers of this culture seem to maintain that uniformity is essential to survival.

But now, riding in slow lanes, bumper to bumper with the rest of humanity, I have realized the ease my status provides is a myth. Or for a better descriptor, it is a mirage juxtaposed over the blood of the masses; blood which flows from the shores of Africa, to the Sand Hills of Dakota and to the nameless body of an immigrant recovered on the tracks after falling from a train. Our culture must be redefined before we kill one another over an imagined reality.

A few things I’ve been able to notice while I’ve been out of the express lane:

Had I not taken the exit from the express lane I could have passed this all by. I would not have seen the faces of the millions stuck in the traffic of humanity, I would not have had to look at the blood soaked highway and the overpasses built from the bones of the trampled, the lynched, the deported, the massacred, and marginalized. But neither would have I been able to join in a road trip of immense joy seasoned with the raw elements of the human experience.

Occasionally I have something of value to contribute; experiences and information that can be of benefit to the cohort of travelers I am partnered with. But I try my best not to impose my contributions, and as my sincerity to the journey becomes apparent, I am more trusted and invited to contribute more freely. Yes, I could have stayed in the express lane and believed in the mirage. But now locked in, riding in the passenger seat with humans of such depth, I have seen the reality of a culture that was, in part, fomented as a myth to explain the blood of the deposed.

In the traffic jam of humanity, I have come to reject the idea that the culture I was born into is better or superior. Yet, none of us can see it for what it is unless we exit the express for the slow lane where joy and pain flow together, unhindered by the trappings of privilege. Then we can see in reality that we all seek the same goals, bleed the same red, and fear the same demons.

However, it is only by traveling together, (not around, or above, but together) will we even begin to make that journey to Beloved Community. Slow down and live.

This post was originally part of a the Blog Series ReDEFINING: Telling a better story of who we are and who we want to be.