There’s a DIY zeitgeist taking over the publishing industry, and I like it. I think you do too, readers of this online community news publication. While the movement may have been sparked by this information age of ours, it is now being carried along by the people who have come to understand their own power and through the anarchy of infinite possibilities are able to actualize themselves. One such person is my friend, former co-worker, and writing group mate Nick Oskey. Your friendly neighborhood barista (Nick slings coffee at the Hennepin Spyhouse), in addition to having self-published a book a few years ago, has just founded Minnesota’s newest small press: Skullduggery Publishing.

Nick might be taking the term “publishing house” too literally; he is running Skullduggery out of his home, which means that his office has a really nice view (his apartment overlooks the Walker Art Center and much of Loring Park). Walking into Nick’s home is like walking into a bookish heaven: cats, books, computers, and dark wood paneling everywhere. Arranged neatly in one corner of his home are all of the machines needed for Skullduggery to begin business. He has everything he will need to produce his low-budget, highly creative products: a laptop, a high-level office printer, stacks of paper, an industrial paper cutter that can slice hundreds of pages at a time, and a machine to affix the book covers (the printing of which is the only step in the process he is outsourcing) to the bound books. Looking around all I could think was, this is how everything great starts.

A double major in marketing and information systems turned businessman turned barista turned author turned publisher, Oskey explains that his intrepid journey from young businessman to still young but older and more artsy businessman was pretty simple. “I knew near the end of my college career that I didn’t really want to join the business world, and after a few years of working within it I was pretty resolute that it wasn’t something I’d enjoy in the long run…The years went by quickly and the pay was comfortable and I could just imagine 20 years of that flying by pretty quickly. I quit because I didn’t particularly want that to happen and I did very much want to write a novel finally. That was a passion and a dream.” 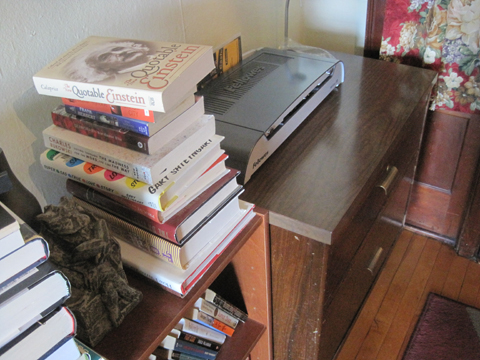 Although Nick used the “D” word, he didn’t let his fantasies of becoming an author float away into the ether. With some time, a little money, and the discovery of Lulu—a printing service for self-publishers everywhere—Nick was able to publish his novel, Embracing Solace in the Fanciful & Weird, quickly, but not necessarily efficiently. “I wanted to validate my decision of quitting a professional career by finally just achieving this goal I had of writing a novel. It was easy for me to feel very foolish and stupid about taking such a leap so the book was going to be that thing that made it feel like a less insane decision than it really was,” Nick says. “The process of writing the entire book and self-publishing took me about four months, which is behavior I wouldn’t condone.” This realization is part of the reason that in the coming months Embracing Solace will be getting a facelift under the new umbrella of Skullduggery Publishing.

While I have heard that it’s not a particularly good idea to publish your own work as an editor, Nick isn’t reworking his book to exercise his new printing power, rather he explains that it will serve another, more important purpose for Skullduggery. “The enjoyment of republishing my book is twofold. First, it’s getting a second chance. Second, I get to use it as a guinea pig for what may or may not work in publishing and distribution without compromising the work of someone else. For example, I’m going to offer my book as a free ebook right away telling people to purchase a print copy for themselves [or for] a friend or donate one to a library if they enjoyed it. The other authors will be more comfortable doing something similar if the results are good.” 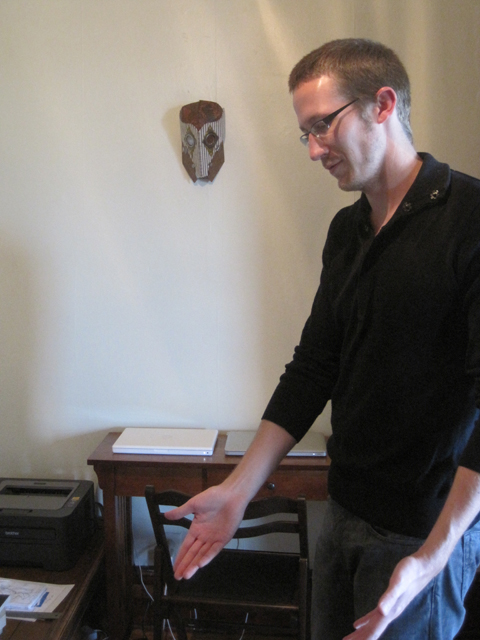 In addition to his own book, he is hoping to publish two other books (both written by friends of his) by the holidays. As much as some might balk at the notion of mixing business and friendships, Oskey has assessed the risks but chooses to continue with his current projects. He says that while he’s “excited about the prospect of publishing books of [his] friends” he isn’t exactly happy about the prospect of having to choose the work of one friend over another. “Publishing a book is extremely time consuming and also expensive,” Nick says, “so I won’t have the capacity to publish very many. For example I may only publish four books or so next year. Telling a friend that I went with another friend’s book or a complete stranger’s book over theirs is not something I’m looking forward to.”

Listening to Nick talk about his business plan, how he is funding himself, and his ploy to get a multi-person job done all by himself, it seems like starting a publishing company is so simple, and if it’s so simple, why doesn’t everybody just do it? The possibility is there. Hundreds of small presses launch every year. Sure, some of them fail, but others go on to become things like Coffee House Press, Milkweed Editions, Soft Skull Press, or Novello Festival Press. Either way, the important part here is that people try; anyone can do that, at the very least. Even if much of the world’s success rests upon the relationship between right place to right time, if you’re not out there you’ll never find yourself at that intersection. A hearty huzzah to the world’s truest of boot-strappers: those who can successfully do it themselves. 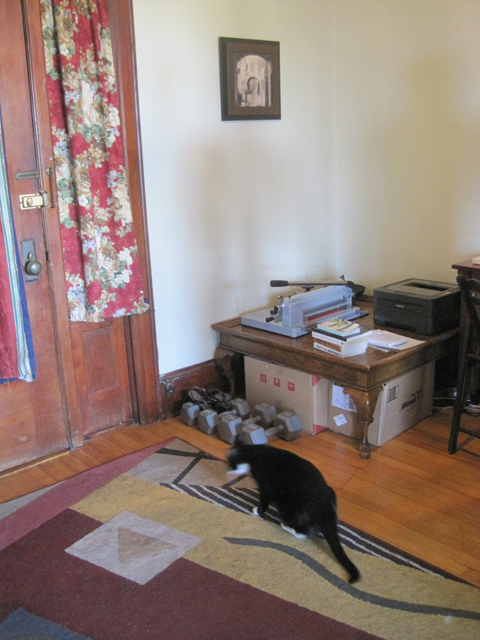