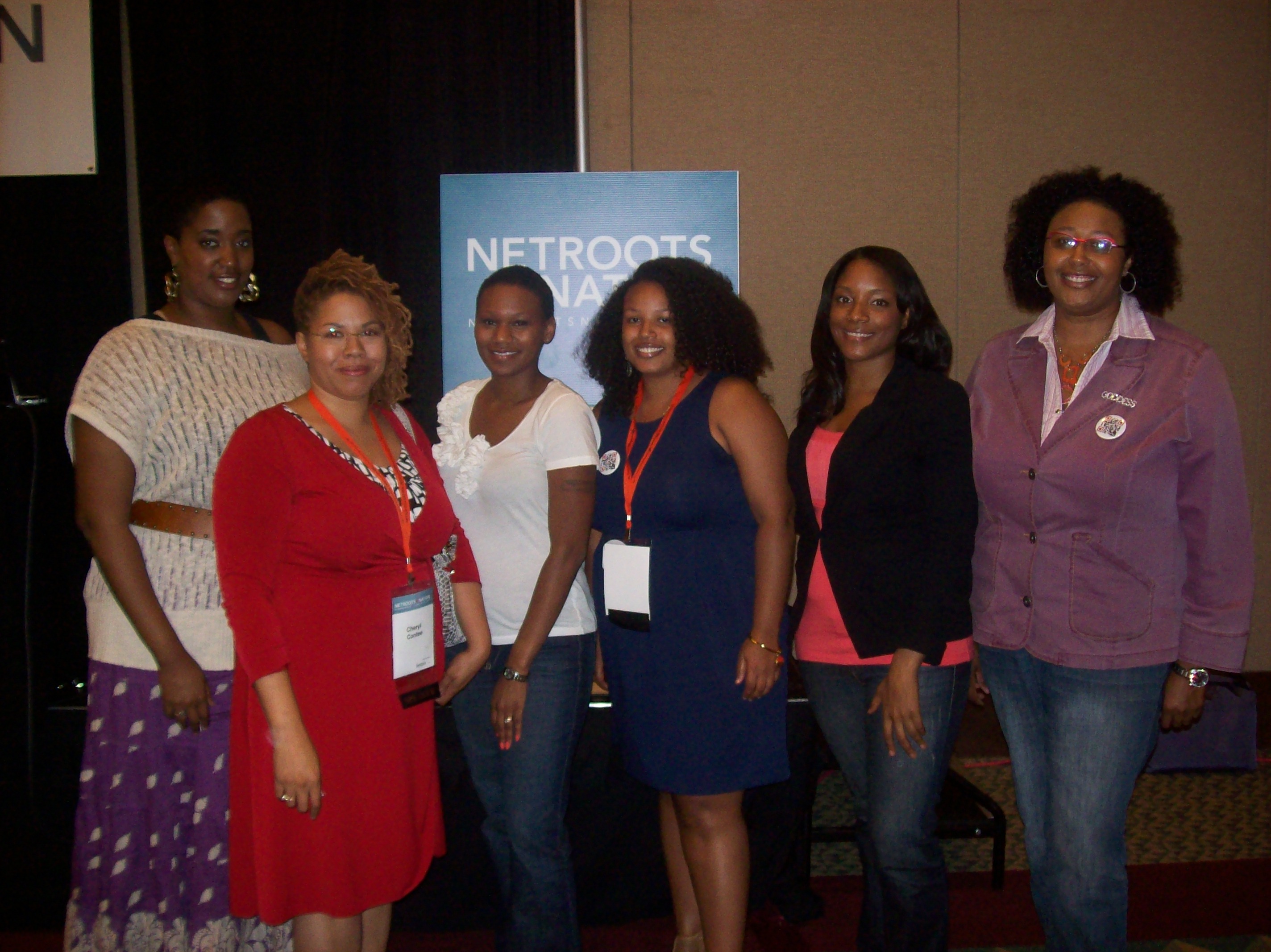 Want an opinion on politics or policy, or any topic – just ask a Black “sista.”

“I think it is important to let the world know that Black women have a unique voice, a unique perspective and narrative,” proclaimed Kimberly Ellis of Pittsburgh, PA, who proudly prefers to be called “Dr. Goddess.” “We’re not monolithic — we do have a variety of opinions, but there are some commonplace themes and manners that shape our experiences.”

Jenifer Daniels, a community college professor in Charlotte, NC, added, “My mom always taught me to be a feminist.”

“I’ve always been outspoken and opinionated about politics and everything,” admitted Zerlina Maxwell, a political commentator whose work has appeared on several websites, including TheRoot.com.

Maxwell, Daniels and Ellis were among six Black females — each woman of color outspoken in their own right — who were panelists at the Netroots Nation conference in Minneapolis in June. For nearly two hours, the “Ask a Sista” panel shared their views on a hodgepodge of issues including feminism, race and media.

They decried “Slut Walks,” which began in April after a Toronto police officer said if women want to prevent rape, they should not dress “like a slut.” Although the officer since apologized, organized protests by women dressed in sexy outfits or whatever they wish have been staged in various locales in both the U.S. and Canada against sexual violence.

Although the six Black women support the idea to call attention to such acts, they expressed concerns about this method: “‘Slut’ is not a word I want to own in any way,” said Bossip.com Senior Editor Janee Bolden.

Maxwell, who also is a political analyst for Loop 21.com, has “very mixed feelings [about the Slut Walks] — I still do. We should be looking at the men who are committing these rapes” instead of falsely blaming women for them. “I don’t feel empowered by wearing fewer clothes…or calling myself a slut in public, and saying I am proud [of it].”

“I think that most of the Black women [on the panel] say that not only they feel uncomfortable participating in something like the Slut Walk, but they are not sure that they want their daughters participating [as well],” noted Jack and Jill Politics blog co-founder Cheryl Contee, who served as panel moderator. “We work hard to present a demeanor that is emblematic of dignity.”

“There is a double standard” on how Black and White women are treated and portrayed by the media on such subjects as sexual violence, believes Chloe Hilliard, the executive editor at Loop 21.com. “Our actions [as Black females] are interpreted as being sexy, engaging or enticing.”

She also noted that there are “very clear divisions” on issues that confront Black women and those that concern White women. “Black women always deal with multiple oppressions — we are dealing with the racism, classism, sexism and the heterosexism. We have more on our shoulders and on our backs.”

“I’m tired of TV specials and articles in mainstream newspapers talking about negative things in relation to Black women on superficial things,” said Maxwell.
Bolden added that Black women-oriented publications such as Essence “[aren’t] reflective of what real women are facing, and the choices and decisions they are facing.”

The continued negative media images of Black women amount to “an all-out war — [it is] created externally for a reason, be it [to] justify public policy, social conditioning [or] economic policy,” stated Ellis. “It is a war that we have to fight. We have to create our [own images].”

“We got to start calling folks out,” suggested Daniels.

Hilliard said that Black women talking to young Black girls about respecting themselves is very important. “Young women [allow] the young men to do the most inappropriate things to them in public, whether it is calling them out of their name, pulling on their hair, pulling on their clothes, grapping their butt or [breasts] for other people to see,” she decried. “Then the girl always just laughs it off. We need to have the conversation with these young girls” and the young men as well.

Black women “have a humanistic agenda for Black America that we must push this country to accept and enact,” says Ellis.

That’s why “asking a ‘sista’ is important,” concludes Hilliard.