There’s a certain amount of pain in Janey Neal’s songs.

But there’s also a certain amount of hope and love. There’s something so real, so raw that as a listener, one is fully captured by Neal’s sultry, raspy voice. When listening to Neal pour out her emotions to melody, one can’t help but think she’s either talking directly to the listener or speaking for the listener.

“I’m very emotional,” said Neal. “My music is very moody – up and down. I see things very black and white, it’s on or off.”

There’s a reason Neal’s music is so hot and cold. Neal is clinically diagnosed with bipolar disorder – a condition associated with mood swings that range from the lows of depression to the highs of mania. 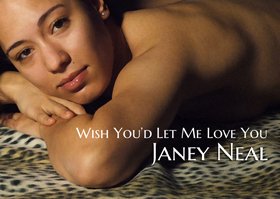 “A lot of people say they can hear that in my music,” explained Neal. “People hit me up privately and ask about me being bipolar and they say ‘so am I’ or ‘so is my family member’ or friend. I think by me being so open about it, it’s bringing awareness to the condition.”

Being bipolar is a condition that Neal manages daily, but when it comes to her music and her singing, it’s purely a side story, as Neal is a gifted songwriter and accomplished singer. But Neal wasn’t always a singer and songwriter. Neal realized her talents while hosting a weekly open mic as a spoken word artist.

“I started meeting people who were saying I should put music behind my poetry, so I started writing songs instead of poetry,” said Neal. “I didn’t know I could sing. I was always a writer, but I never tried to sing.” 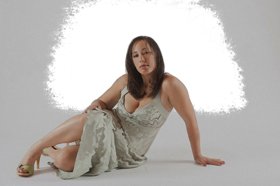 Neal, who now lives about an hour north of the Twin Cities, regularly appears at Arnellia’s in St. Paul on Thursdays as a featured performer.

For the listeners blessed to hear Neal belt out her latest single, “Wish You’d Let Me Love You,” what they hear are some of the most haunting, honest lyrics of a love that’s near, yet far at the same time. If Rihanna got a hold of this song, it’d be a smash hit – not because Rihanna would sing it better, but solely because of her recognizable brand. Simply printing lyrics to the song doesn’t do it full justice, but even in print, the lyrics such as

say enough to let people know that Neal’s songwriting is a cut above most.

“I see myself as a songwriter who likes to sing,” said Neal. “I don’t want to be a singer my whole life. I’d rather be a songwriter.

The prolific songwriter recently signed a record deal with City House Records, an independent label out of St. Cloud. For Neal, she said the marriage between her and City House just made sense.

“I had offers with other, more established, labels, but I wanted to be a part of building something special,” said Neal. “I chose to go with them because they grind. They push and they work really hard, and that inspires me.”

Janey Neal’s music can be found on her website, www.janeyneal.com. Neal is working on a new project, which she plans on releasing early next year.

(Photos courtesy of the artist)