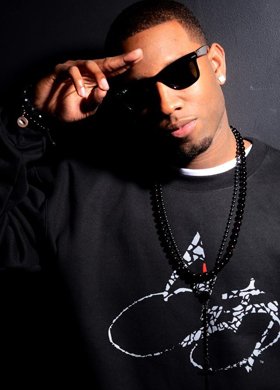 (Courtesy of the artist) Mac Irv

It didn’t happen on purpose but the game of basketball’s comparison to the music hustle became a central theme when I spoke with emerging hip-hop artist Lawrence “Mac Irv” McKenzie.

Having a successful career in either trade is a major aspiration for many growing up in the United States. In urban areas across the country, when you go to the streets basketball is being played and hip-hop will is the backdrop. An already accomplished basketball star, north Minneapolis native Mac Irv has exactly what it takes to bring home a win as a musician.

As an athlete Irv is one of the most celebrated basketball players in Minnesota history. His stats include four straight championship titles with Patrick Henry High School, college ball with the University of Oklahoma and with the University of Minnesota, he played with the NBA Development League for Los Angeles and overseas with Feni Indistrija in Macedonia. Writing this article it’s hard to ignore those accomplishments but Irv knows he has more to offer. He speaks with a confidence that is not arrogant but more pleads for you to know the truth.

“Everything that he raps about is 100 (percent) real,” said his manager, Trey Adams. “He’s passionate for what he does. He’s 100 percent genuine with his family, his fans. Same thing I saw in basketball is what he puts in music.”

The stigma of the “athlete turned musician” has far less affect on Mac Irv. The buzz around his track “Hometown” reached a fever pitch when released three years ago. Despite the stereotypes about crossing over, he has been able to amass a strong following of supporters he calls “The Fam Base.”

“Anybody that supports Mac Irv is not considered a fan, they are family,” said Irv. “They can reach out for anything.”

That support system was part of what caught the eye of Soundset Festival organizers as Mac Irv was selected to play to the sold out event with 30,000 people in attendance this past May.

Mac Irv’s dedication to Minnesota is engrained in his music.

“Some people may look at Minnesota a certain way. (They say) I don’t like it here … it’s weak here. I feel like it’s really the person,” said the baller turned rhymer. “It’s really the person’s character that may make it weak. I love this place and I enjoy it and I want people to see it in a different view.”

Mac Irv’s approach to presenting music reflects his upbringing in north Minneapolis. His music exists somewhere between bass rattling trunks on Broadway to the street corner and from the basketball court to the groups of friends heading downtown to hit the club. On personal tracks such as “Deadbeat” he deals with struggles with fatherhood and ex-relationships. On “Who We Are” he talks about the traps of the streets while trading bars with MCs, Metasota and Mally. The track is featured in a full-length film of the same name currently in production through his company, The Pilot Life. That appeal makes him a great candidate for national recognition.

Now with several projects under his belt, Irv is presenting “Sincerely, Mac Irv” an upcoming album that will be previewed on Sunday, Aug. 31 at The Pourhouse in downtown Minneapolis.

“I feel like my music has always been my whole story and my whole truth. This is basically me writing a letter to the city. I feel like here you put your heart into your music and you want that love back. This is sincere. This is my heart and soul,” said Irv, who enlisted the production of frequent collaborators Willie Wonka and Wade B. throughout the new work. “I want to show (people) the culture. The north Minneapolis culture is a bit different than the south Minneapolis culture so it’s going to be a different sound and a different feel. I went to college and connected with people. I want them to know what’s going on where we’re from.”

Where most who have made the transition from professional sports to hip-hop are penalized, Mac Irv gets extra points.

“I had a dream of playing in the NBA. My pops always told me just use talent as a vehicle. I always want to bring it back to where I’m from,” said Irv. “People ask why I quit basketball. My goal in life has always been to be successful. If that was the path basketball took me on perfect. I was going to use that path to reach back to kids who think they have no hope. They think (basketball) is the only option. I tried doing music and it did great for me. You can do what you want and chase your dreams.”

Fans can catch the “Sincerely, Mac Irv” showcase at The Pourhouse, 10 S. 5th St., Minneapolis, on Sunday, Aug. 31. Doors open at 9 p.m. The event is 18-plus, with performances by Lioness and Lil Crazed.