While the “Northside” gets lots of negative press, in the 25 years we’ve lived here there have been only 2 or 3 times I’ve felt even mildly uncomfortable. I’ve never feared my community. I learned early on that, “the best way to keep from being a victim is to not look like a victim” and “if you don’t want to get punked, don’t be a punk”. This is not to put the blame on the victim when something goes wrong, but it is to say that demonstrating confidence and showing respect go along way in keeping yourself safe. 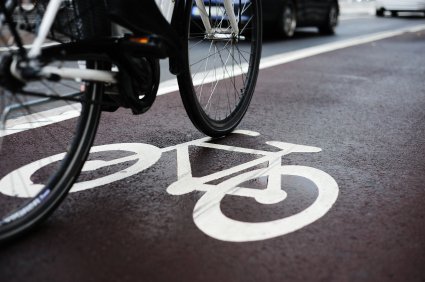 So it was only second nature to stop and go back to address the four middle school boys who thought it was funny to stand in the boulevard, and subtly intimidate bikers riding up Emerson Ave. It wasn’t a big thing, just one of the boys stomping his foot and throwing his hand up in my direction as I passed and they all snickered like they were really hard.

I slammed on the brakes, hopped of my bike, and walked back to where they were standing. It was a hot late afternoon, I was in some baggy kaki shorts and a white undershirt. They were in their back-to-school finest. They looked at me with shock, “what?” they asked.

I looked at them, “for real? That’s real cool, trying to scare bikers as they ride past.”

“What-r-u talkin’ about?” the taller boy said, “We didn’t do nothing’”

“Oh yea, just trying to make the bikes flinch, so you can all laugh.” I said smiling.

About that time the smallest of the four ran to the house, “Yea,” one of the four said, “He’s going to get his strap.”

The boy going into the house called out to his friends, “Keep him from leaving!”

“He ain’t going to get nothin’” I countered. I thought to myself, “he’s just trying to make me scared and run off.” I was going to stay there and finish what I had started.

“Really, you don’t think he’s going for his gun?” one of the boys piped up. “If he brings one out here, will you give us your bike?”

I knew I was gaining momentum and respect so I flipped to a compliment. “For real, fellas, I can see you are intelligent young men, friendly, sharp dressers – where do you all go to school?”

One started to answer me, but then realized it might be a trap changed his answer to another school.

Now the littlest boy came back out with his right hand under his shirt, he was trying to make it appear that he had a gun.

I looked at him, “uh… I can see that’s your finger, I’m not falling for that.”

Then he looked me in the eye and with his left hand raised up his shirt to reveal the black handle of a pistol tucked into the front of his pants.

I’m not sure why, but I wasn’t afraid, at least not consciously. I had no idea if it were a real gun, a BB gun, or a water gun. However I did know it was time to go, I spoke to the whole group my parting comments. “Hey, all you all, just make sure you stay in school and don’t get caught up in stupid stuff,” looking at the gunslinger I said, “you need to take that back into the house before you or someone else gets hurt.” I know it was kind of lame and cliché but I was feeling a little nervous and that was about as good as I could do.

I extended my hand and the 3 boys closest to me shook it with friendly resolve. “Alright take it easy, I’ll be seeing you around” I hopped back on my bike, turned my back and headed away, I thought for a second, “maybe I should watch the kid with the gun.” But I decided, ”NO, I don’t want to give him the satisfaction of knowing that I am a little afraid.”

It was then I heard the whisp of air and felt the sting in my shoulder and back. Once I confirmed that I did not have a hole in my chest, I spun my bike around, the boys all broke in a run between the houses and into the alley. I shouted after them, “That’s some punk-ass shit – shake my hand and then shoot me in the back.” I biked into the alley but they were gone. I yelled it again, just in case they missed what I said the first time.

I went around to the front door of the house from which the boy had retrieved the gun. I pounded on the half-closed wooden door. “ Hello!! HELLO! I need to speak to someone here!” No answer. I went about 10 yards from the door and parked my bike on their sidewalk. I began to search my phone and my mind for a friend and community ally I could call to help me navigate this mess.

After a few calls community organizer, Roxanne O’Brian, answered the phone. When I explained what happened she said she would be right there, before we hung up, I saw her at the corner. She examined my back and let fly a few exclamations, then helped free the first BB from my shoulder. Roxanne is a charismatic and dynamic leader who is bold and outspoken. Just a week before, we had been teamed up on a Facebook conversation regarding the reality of racist attitudes in our community, now we were teamed up in a very different type of confrontation.

Roxanne strode between the two houses shouting for any who could hear her disgust that I had been targeted, in her words a “strong ally of our community …fighting against racism.” She railed against children being un-supervised and having access to guns and generally challenged people to step-up and care about the community. Eventually the shooter’s mom and sister came and sat on the back porch while Roxanne continued to lovingly yet harshly chastise them.

Roxanne told them, “This man could have called the cops immediately, and they could be here kicking in your door, instead he reached out to the community to try to resolve this in a healthier way.” I hadn’t really thought about it like that. It just made sense to me to not call 911 immediately and to try to deal it in a low-key, relational way. Roxanne pleaded with the mom, “You have to take responsibility, you are the grown-up.” She explained how we can’t really blame a kid when the family, the community and even the nation glamorize guns.

However, while the mom accepted that her son had used the daughter’s gun, she was unwilling to turn it over to us when she finally did catch up with him. “He shouldn’t have gone in her room and taken it.” Roxanne continued to plead with the mom to take responsibility and leadership for her family and community but she could tell the mom felt powerless to do anything with a family and community which seemed out of her control. Mom shared her last remaining strategy, “I’ll just call his PO (probation officer) they’ll come get him ‘cus there is nothing more I can do.”

As we prepared to leave, Roxanne embraced me, telling me again how sorry she was that this had happened, how frustrated she gets seeing families who have fallen into despair in the midst of a community which has failed them. The level of violence in the community is frightening, yet violence is modeled to our youth in everything from international to police relationships. Roxanne and I were both grateful that we can stand together, even in situations that are so difficult and heart breaking. She told me, “I don’t know what else to do, if you need to, call the police, we tried to work out a community response.” I had not yet given much thought to calling the cops; I really did not want to get involved in court and testimonies; I didn’t want another little boy to get caught-up in a system that destroys more kids than ever escape the pipeline of incarceration; and I just wanted to pretend it had never happened.

As I biked home I considered not even telling my wife and kids what had happened. I thought to myself, “…they will worry, they will blame me and be angry that I got into this situation.” When I walked into the house my granddaughter Vivvi and her dad, my son, met me with smiles and hugs. They were about to leave, and I defiantly did not want to talk about what happened in front of a 3 year old. But after they had gone, I took a deep breath and told Janeen, “Well I guess I should tell you… what just happened to me”

Her first question was, “What did the police do?” I looked at her, “well, I haven’t called them yet.” To say she was frustrated by response is an understatement. So I dialed 911 and waited for the other shoe to drop.