For some years we’ve had week 30 at a time-share in the Breezy Point complex on Pelican Lake in north central Minnesota. It is ordinarily a quiet and relaxing week, away from computer and the normal hubbub of life. Excepting 2007, when the evening news on August 1 brought us news of the collapse of the I-35W Bridge into the Mississippi River in Minneapolis, one can escape.

Relaxation was not as much an option this year.

We left home with the stark newspaper headlines on July 23. 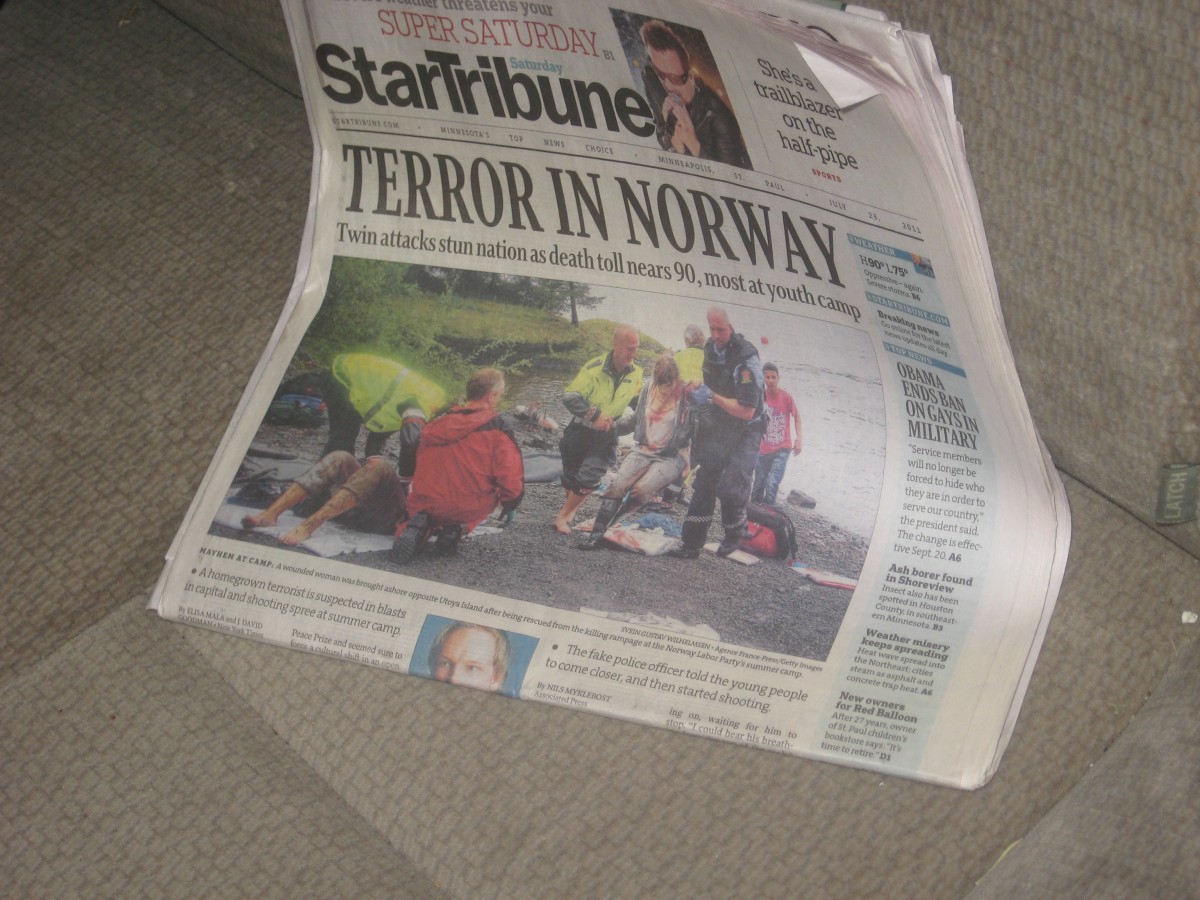 The entire week was dominated by the not-funny circus in Washington D.C. which is near impossible to miss. We read about it in the daily paper, and saw the play-by-play on TV news.

I made one excellent choice this vacation week: 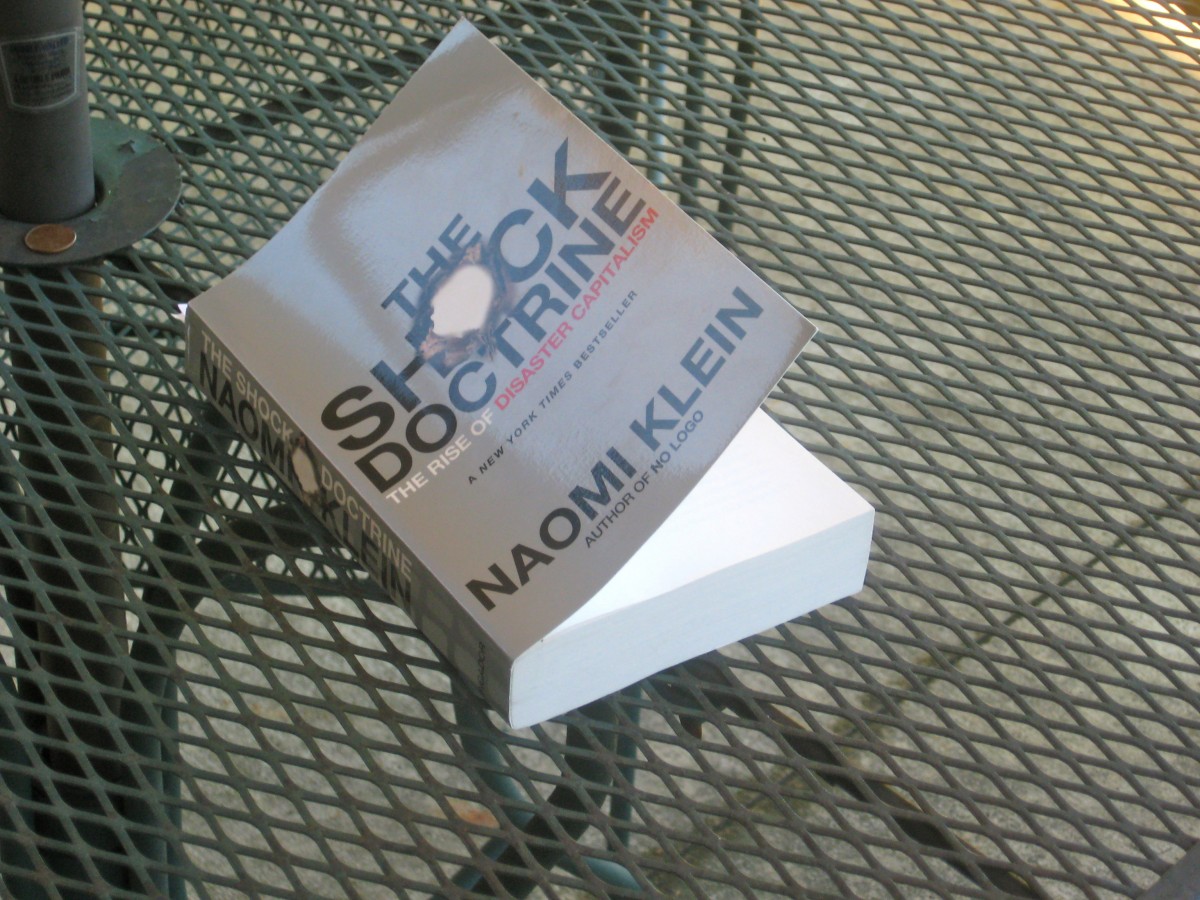 The Shock Doctrine: The Rise of Disaster Capitalism by Naomi Klein

I had purchased Shock Doctrine a long while ago – it was published in 2007 long before the name “Barack Obama” was much known outside of Illinois. I thought I knew what it was about, and it languished among the many unread books I own…until this week when I read every one of its heavily foot-noted 587 pages “up at the lake”.

The book covers LOTS of ground – at least 24 countries* in all, including the U.S. (Hurricane Katrina, New Orleans, 2005). Succinctly it is the life history of a particularly vicious brand of unfettered free market capitalism.

I read it with the background noise of the looming Default of the U.S. on our debts; the recently ended Shutdown of Minnesota due to a budget impasse; the pending recall elections in neighboring Wisconsin….

The more I read, the more I became convinced that what is happening right now in our own country is directly out of the Disaster Capitalism playbook. Given the experience in the other situations outlined, beginning with Chile (Allende/Pinochet) in 1973, there is no good end for the vast majority of Americans IF the current campaign in Disaster Capitalism succeeds here.

There are many reviews of this book, which was a New York Times bestseller, and it no doubt remains in print. I was particularly taken by this review by Paul B. Farrell, Dow Jones Business News, certainly not a left wing publication: “To more fully grasp this new economy, you must read what may be the most important book on economics in the twenty-first century…The Shock Doctrine is one of the best economic books of the twenty-first century because it reveals in one place the confluence of cultural forces, the restructuring of a world economy as growing populations fight over depleting natural resources, and the drifting away of America from representative democracy to a government controlled by multiple, competing, well-finances, and shadowy special interests.”

Make no mistake, the cabal described in this book is real and still very powerful and United States based. Disaster Capitalism’s fingerprints are all over the present day political shenanigans in the United States, though the original architect is dead (2006), its major proponents are no longer in office and exposed, and the long-term results of its efforts have been proven to be destructive to the societies it has successfully infected.

But Disaster Capitalism’s power can be blunted by persons of good will who use Shock Doctrine to shine a light on a campaign whose only beneficiaries are the already super wealthy.

Do purchase the book. And help spread the word.