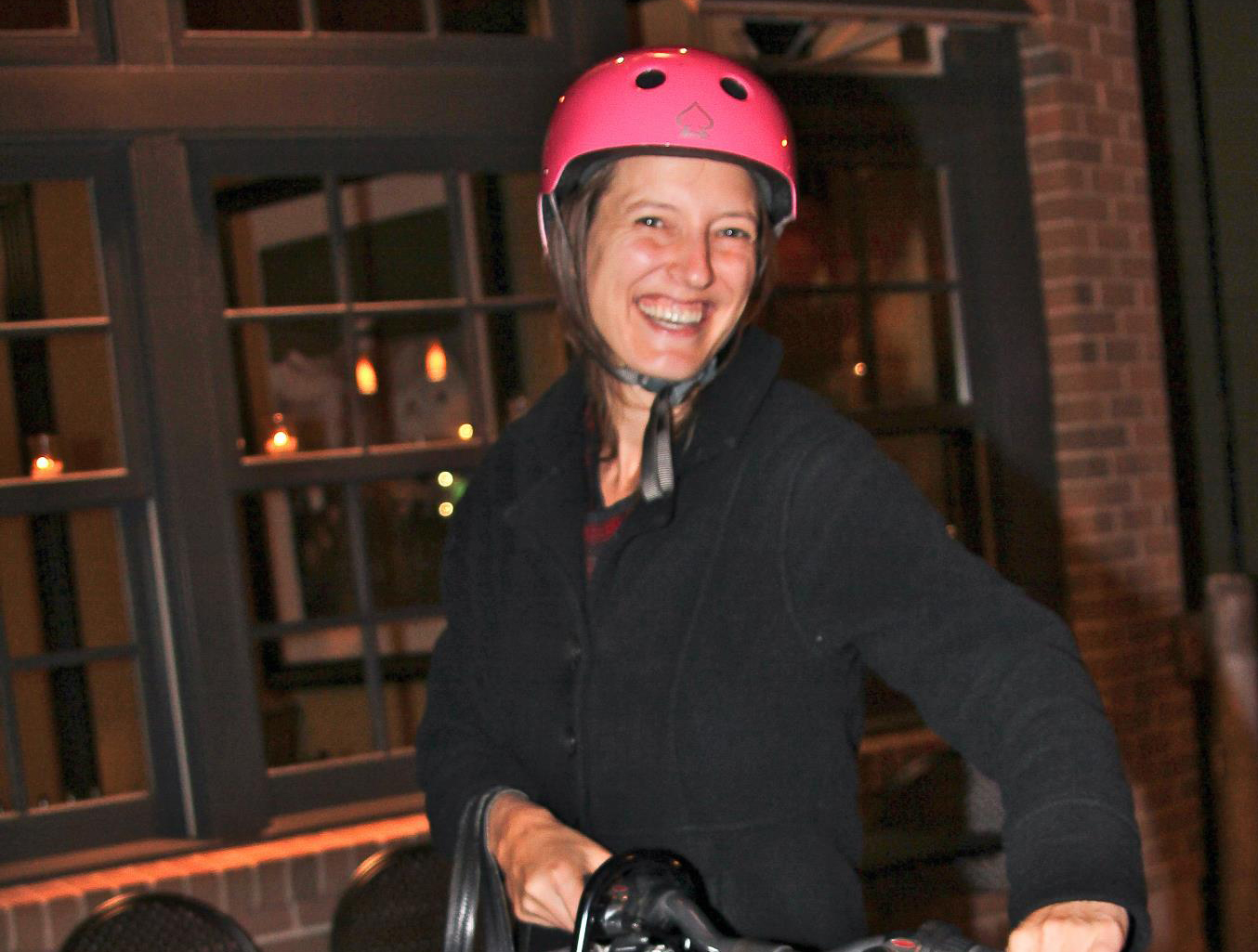 What’s your job?
“Depends on the day. I’m a freelance writer, mostly. I also occasionally teach acting to little kids.”

Other than your job, what are your claims to fame?
“I moonlight as an actress.”

What’s your relationship status?
“I live with my boyfriend.”

Where are you most likely to be seen?
“The problem is my favorite spots always end up closing. I like seeing shows at the Bryant-Lake Bowl a lot, and I’m a fan of the Riot Act Reading Series, and anything performance-related at the Walker, and the Southern Theater.”

Where are you least likely to be seen?
“Outdoor concerts. I don’t like sweaty crowds.”

With whom are you most likely to be seen?
“I fly solo a lot, but I appreciate hanging out with other people who also fly solo who go to the same events that I do.”

Where were you born?
“Minneapolis.”

What neighborhood do you live in now?
“Whittier.”

What’s your ride?
“I try to ride my bike as much as possible, but I have a car for long distances, when I’m running late or feeling lazy.”

What’s the best way for someone to start a conversation with you?
“Tell me why you think the thing that everybody says is so awesome isn’t, or why the thing everybody else hates is actually brilliant.”