I was home a little earlier than expected from the sold-out Sharon Jones and the Dap-Kings performance Tuesday night at the State Theatre. I feel pretty bad about it—but I left early. I got…well…bored.

At first I thought I was the only one, as Sharon Jones and the Dap-Kings got the crowd on their feet at the first song, and from where I was, there wasn’t any sittin’ going on—typically a great sign. After talking with friends and friends-of-friends who attended, however, I’m getting a similar report: we never connected with the performers, as “electric” as they seemed, or the performance, as soulful as it was attempting to be.

Black Joe Lewis and the Honeybears opened the show to a sparsely occupied house. It eventually filled, but apparently “Minnesota nice” does not include being on time for opening acts. It felt weird to be one of five people in a 20-person row. It was the ticket holders’ loss, however, as BJL came out swinging with full throttle guitars wailing, horns blaring, and double-fisted harmonica-izing. This band created a groove from note one and it was appreciated by those of us there on time.

Their playlist included, among others, quite a few from the 2011 release Scandalous, such as ‘Livin’ in the City” and crowd favorite “Booty City.” “Bitch, I Love You” was in the list and was a rockin’ example of how guitars talk to one another. Nicely played! Maybe we need guitar players to hash out a Middle East peace plan. There’d be squealing, but at least harmony would win out in the end. Often throughout the performance, the horn section did their groove thing and dipped and swayed like junior Temptations; the entire band seemed to have a kickass time.

The Dap-Kings began the second set with a jazz-infused extravaganza that showcased talent galore. Amazing, considering the group is playing 18 shows in 35 days in places including (not kidding) Montreal, Texas, and Brazil. It was, as the emcee and bandleader, Binky Griptite, stated: a Super Soul Review, with the group’s signature funkified sound. We were treated to two solos by Dap-Ettes, backup singers Starr Duncan and Saundra Williams who, although dressed in black, carried attitudes and vocals of pure platinum.

Ms. Jones strolled royally on stage wearing a lil’ black outfit with fringe in all the right places. Straightaway she attempted to bring down the house with her brand of soulful sassiness. Unfortunately, the sound mix was off and the Dap-Kings often drowned out her vocals. And soul needs to be felt softly yet urgently, but as an audience member, you just couldn’t always hear the characteristics that make it so. There were crowd-pleasing moments, of which perhaps the best happened early in the show when Ms. J plucked a teen named Noah out of the audience to sing “Give It Back.” Ya gotta hand it to Noah for hanging in there up on stage with her. It was powerhouse meets puberty, but seemed to work for this crowd.

SJDK is all about soul and funk. The performance was intense and Jones’s singing comes from a place deep within her that only a rare vocalist can reach. She can do the growl/wail/scream like nobody else. Her dancing is clearly and admittedly inspired by James Brown, and I’d think that if Brown were still alive, there’d be a dance-off that would seriously burn the house down. The group performed a virtual “Soul Train” revival complete with Jones giving us dance lessons. Perhaps charming, certainly energetic, but I wanted to yell, “You don’t have to do all that ‘entertaining’—your voice is enough!” (Plus, as a woman, I got super sick of hearing the crowd clap wildly whenever her fringe went into major action. It was like appetites were being fed after a winter of sexual starvation.)

I’m assuming here, but when you’re singing and dancing that intensely, opening your eyes and connecting with the audience is hard to do—thus it didn’t happen enough. There were moments, like during “Nobody’s Baby,” where everything came together flawlessly. The crowd clapping kept Jones right in there for “New Shoes” and then she moved into “Longer and Stronger,” a ballad written just for her where piercing vocals transcended any sound barriers.

Around “Mama Don’t Like My Man,” Jones did significant ad-lib. Just as I was thinking “she’s sure having fun with it,” she said those exact words out loud. That made the crowd happy. You want to think that the star wants to be there for you. But after that, I just couldn’t be there for her. Too many songs began and ended the same way, and they started to blur. So I checked out. Maybe it was just because there’s no space in a concert hall to let loose and enjoy a night of fine soul ‘n’ funk, or maybe it was the sound. I feel bad because I do love this group, and this concert won’t make me love them any less. But it will make me think twice before seeing them inside a hall again versus waiting for an outdoor festival. Brazil, anyone? 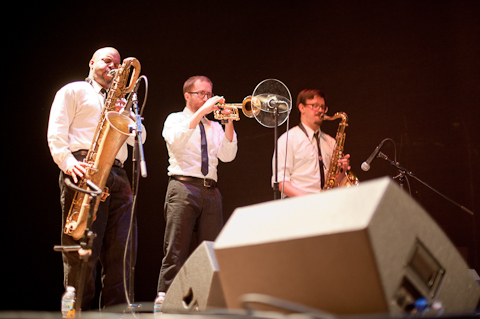 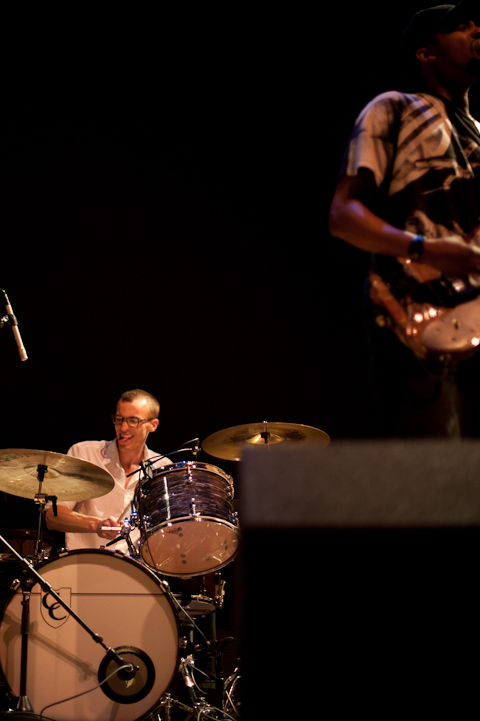 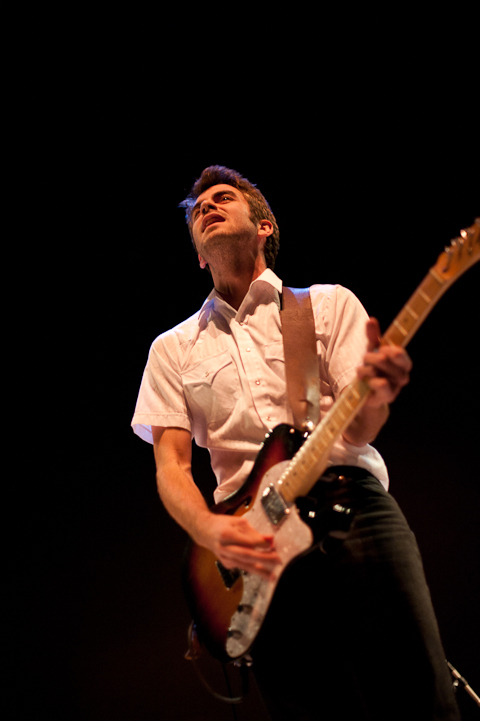 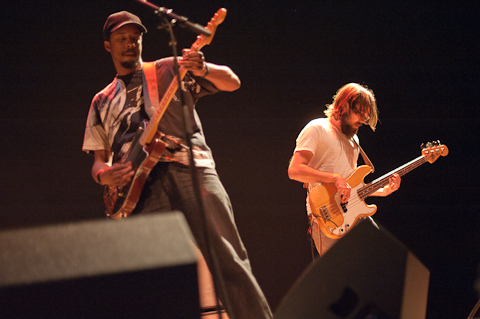 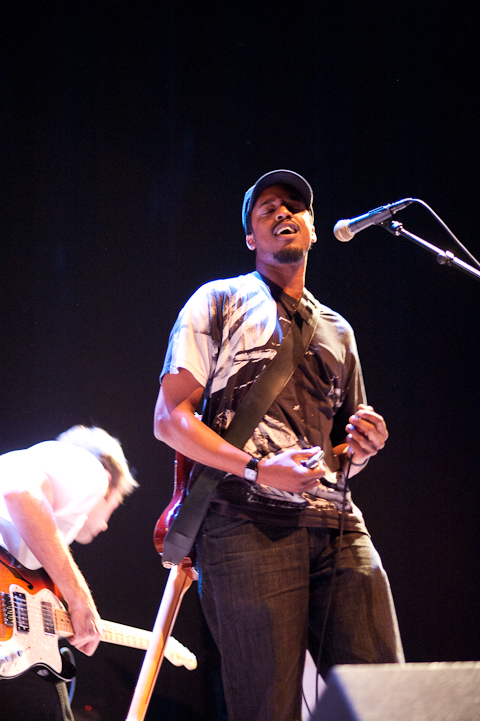 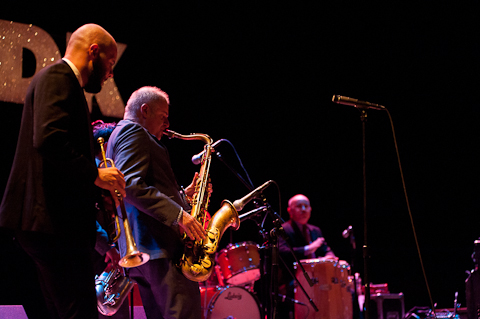 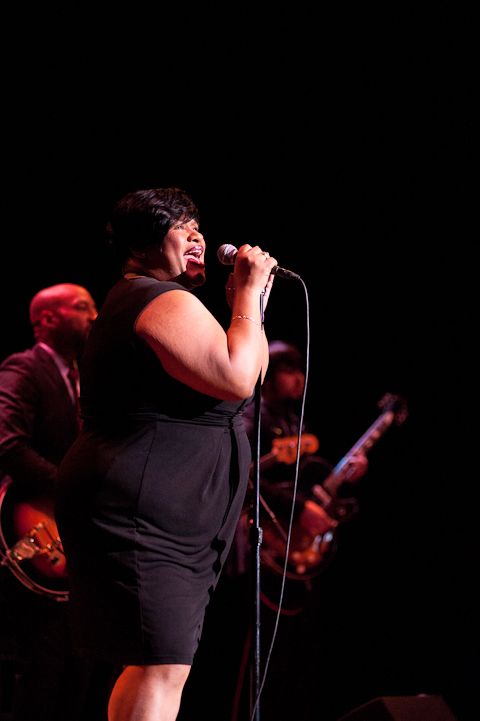 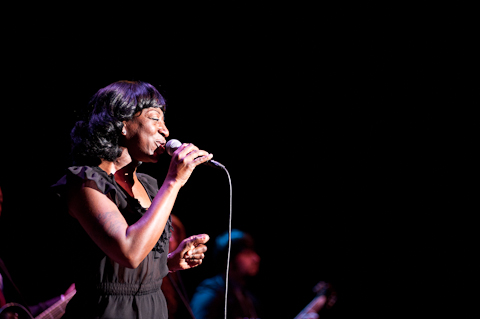 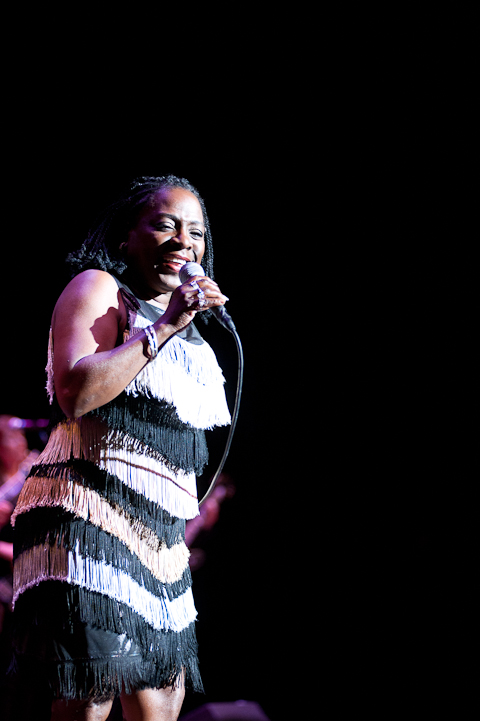 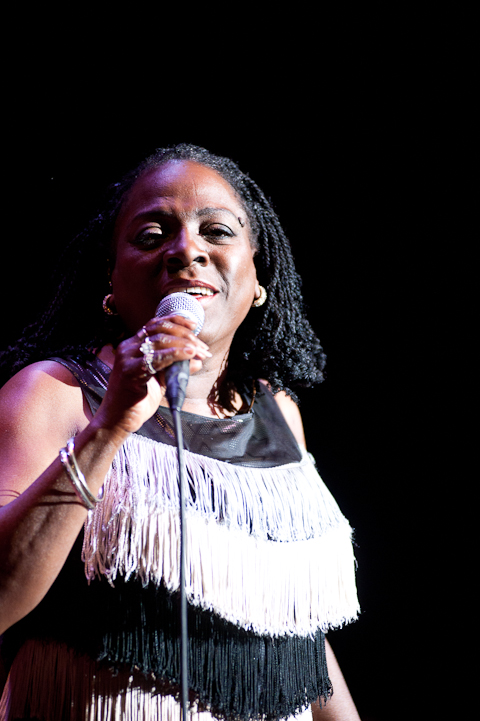 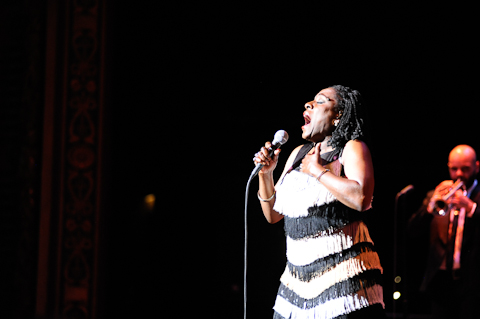 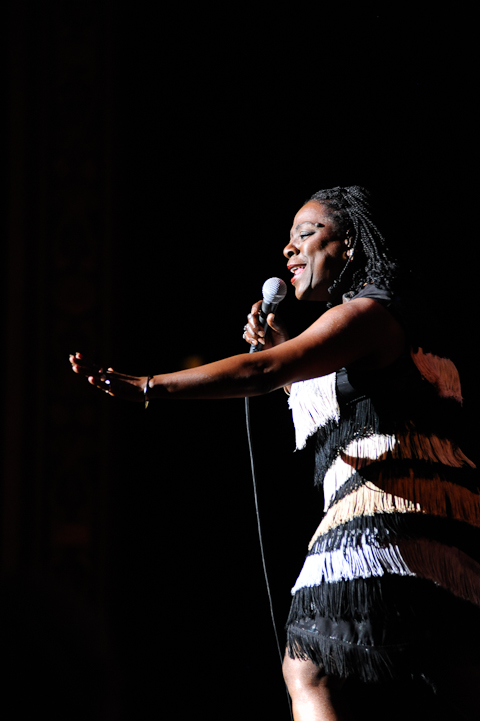 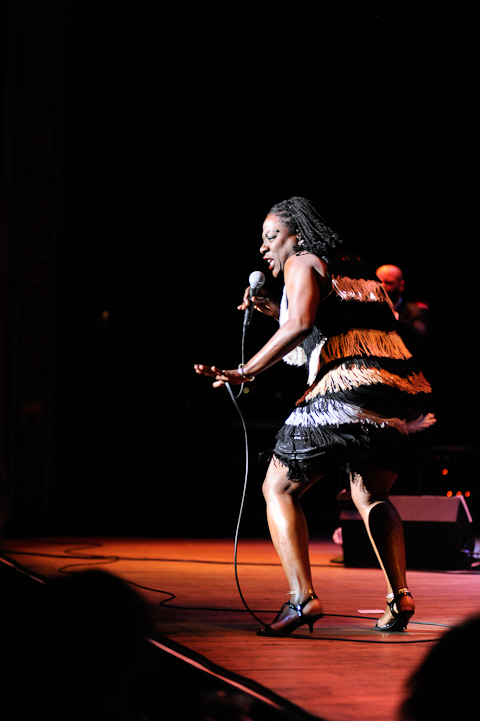 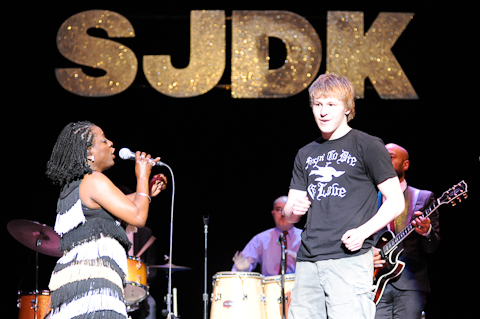