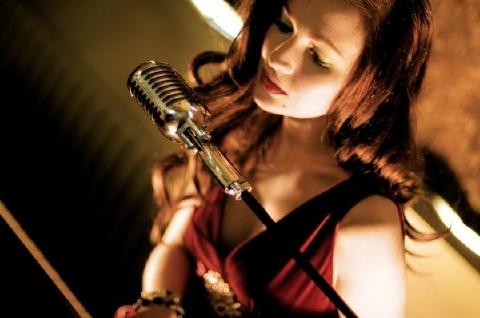 This Thursday, two of the Twin Cities’ most alluring sirens are on the same bill at the Acadia Cafe: Shannon Johnson of Kymara and Alicia Wiley of, well, Alicia Wiley.

Great as Shannon Johnson is when backed by the rest of Kymara, she’s no slouch performing solo—which she’ll do for this set, playing acoustic guitar. I caught her on MTN’s Spectator a while back when I used to be to a regular on the show, and she was rock solid. In any format, it’s hard to go wrong with her. The writing and vocals are singularly culled from raw, unbridled passion. She’ll be on the upcoming all-female compilation by Pachyderm, represented by a winning selection, “My Prey.” If you ask nice, she’ll probably do it at the Acadia.

I’ve been an Alicia Wiley fanatic since my first exposure, years before it was my privilege to record with her. At the outset Wiley evinced a unique gift for haunting melodies. Album after album (not to mention one Minnesota Music Award after another), she’s consistently delivered songs that have an ethereal way of getting to you, bittersweet lyrics stirring both your heart and mind.

Either artist would be well worth your making it down to the Acadia. Both on one night: that is not to be missed. Bring bread, because you’ll want to go home with copies of their CDs. Also appearing are Days of Rae and Ashley Gold. The show is free, all ages.