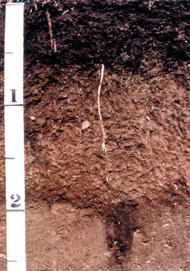 A new bill would make “Minnesota Blue”by Keith Haugen our state poem. Bluestem objects on aesthetic grounds, while a student critic, Joshua Preston, praises the text as a post-modern masterpiece.

UPDATE: The Star Tribune reports that the prime mover for having this unknown song become the state poem seems to be the songwriter himself:

Anderson admits that he hasn’t read any poetry since college. He introduced the bill at the request of a constituent who had been approached by Haugen.

NO! Minnesota poems for Minnesotans

Senator Bruce Anderson’s bill to designate “Minnesota Blue” as our state poem is being widely reported, though the press is illustrating a surprising lack of curiosity about something universally deemed newsworthy.

As a poem, none dare say it’s weak stuff, and none seem to have asked the basic journalistic questions: Who the hell is Keith Haugen and where the heck did “Minnesota Blue” come from? A poetry collection? An radio show host’s collection? A placemat at Perkins?

In researching the author, Bluestem learned that Keith Haugen is a pretty decent human being, who worked as a Hawaiian musician for many years with his wife Carmen, who appears to be of native Hawaiian descent. They’re semi-retired now, but his Facebook page is peppered with celebrations of Hawaii and Hawaiian culture; he teaches Hawaiian language and directs the choir at the Star of the Sea School.

He doesn’t share Bruce Anderson’s conservative politics either. The one Minnesota specific issue Haugen mentions on Facebook is the wolf hunt; as a child he saw frozen wolves piled up for the bounty and can’t imagine why people would want to kill the creature. The rest of the songwriter’s politics are pro-woman, pro-choice, pro-gun regulation, pro-immigrant, pro-veteran, anti-war.

Minnesota Blue is on a page of “Hawaiian Song Lyrics” linked to the Haugens’ Hawaiian Songs website. Aside from the question of geography, the identification of the verse as song lyrics explains something of the “poem’s” literary weaknesses. As poem, the meter is loose and the rhymes forced, and the natural history (bears “rule the earth in the Red River Valley”) a tad hazy.

Since Haugen’s lyrics aren’t exceptional as poetry, or even as song (and we do have a state song already), Bluestem wonders why we’d need to go across the Pacific for a song as state poem. This is a state, after all, brimming with talented poets and songwriters.

Bluestem can remember a time when the fields, forests and streets teemed so thick with poets that the op-ed pages of the Star Tribune published commentary urging the establishment of a Poetry Reserve Program patterned after popular farm program of the time. The state would gather excess poems, store them in grain bins while asking poets to cease production, then dole out surplus poems to idle writers, who could edit or publish the manuscripts as they saw fit.

Surely the state of the Rhymesayers, Prince and Dessa, of Robert Bly and Louise Erdrich, can come up with a better state poem, should those state-based poetry reserves prove exhausted; the DNR and Legacy Commission can review the text for accuracy in flora and fauna.

A final questin: why is this “poem” already on a Minnesota state government page of state symbols? How did it get there? When did the discussion take place situating the song lyrics amid the loon, milk, the morel, the walleye, and the lady slipper orchid as a symbol of the North Star state?

For cat’s sake: a little digging revealed that Lester, the official state dirt isn’t even on the page yet.

The lyrics’ placement on the page pre-date the Dayton administration, as this 2009 blog post indicates.

We appreciate the songwriter’s sentiments below that preface the text on the Minnesota state symbol’s page; they don’t make that text memorable verse:

“Minnesota Blue” was written in 1985 by Cordell Keith Haugen as a tribute to his native state Minnesota. Mr. Haugen was born and raised in Northern Minnesota. Although he has lived most of his adult life elsewhere, the poet/songwriter continues to feel pride when he talks of the land of sky blue waters. “Minnesota was a great place to grow up, and remains a wonderful place to raise a family,” he says today. “I feel a sense of pride when I read about surveys which rank the state of my childhood high in the things that really count — like education, quality of living and concern for the environment.” 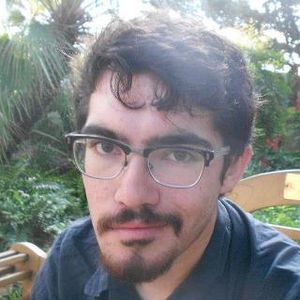 Sally, you can’t forget that C.K. Haugen’s poem is a piece of art. We can argue over whether Haugen knows anything about anything but such a reading, I believe, does a disservice to the true literary genius of “Minnesota Blue.” Now please suspend the critical thinking centers of your brain as I elaborate:

When analyzing a text we should always be cognizant of the narrator’s reliability and this regard Haugen gives us plenty of clues over the trustworthiness of his narrator. The most striking example of this is his use of the Spanish sestet (AABCCB), a variation of the sestet used by Petrarch and Milton. Now this deviation is important because Haugen is appealing to the authority of the canonical poets while openly STRAYING from such authority. Without becoming too pedantic, let me just say that he is effectively telling the reader, “Look at how trustworthy I am – but not really.” This, I believe, best accounts for Haugen’s misunderstanding of ecology. In fact, it’s not a misunderstanding at all: It’s a purposeful misunderstanding.

I am reminded of the Jester’s role in much of Shakespeare’s work. Although such characters are dismissed and marginalized for their absurd natures they often turn out to be the most reasonable voices in the end. In this reading the jester plays an important role and, against our expectations, turns out to be the most reliable voice in the whole play.

So what does this all mean? WHY are there bears in the Red River Valley? Think about it. Such a notion goes against our sense of ecological harmony – it seems unfounded and unreasonable. It seems like a JOKE.

And that’s the whole point, Sally.

That line is an overt wink to the reader asking them to reevaluate the text with a new skepticism over the “Reliable Narrator” – we aren’t being sung to by Petrarch or Milton, we’re being sung to by a Shakespearean jester. In this new (de)light we must seek out the truth in what we once believed was “truthful.” Now, at this point I can only offer an interpretation, but the “Bear in the Valley”, in going against our preconceptions, seems to be a metaphor for discord. If that is the case, it should really inform our reading of “Minnesota Blue” (a title that is clearly a reference to Minnesota-native Bob Dylan’s 1965 song, “It’s All Over Now, Baby Blue”). There is a lack of harmony in the unreliable narrator’s nostalgic vision of Minnesota. Minnesota is in chaos.

And Haugen is leaving us to ask, “Whose Minnesota?”

A native of Montvideo, MN, Joshua P. Preston is a student at the University of Minnesota- Morris. Chair of the Clean Up the River Environment (CURE) board, he serves as an At-Large State Director for the Minnesota DFL Party. He is responsible for the www.AwfulGiraffes.com website.

Photos: Digging into this issue, Bluestem discovered that Lester, the state soil, isn’t on the list of official state symbol, whereas this “poem” is (above);Joshua P. Preston (below)