The Lioness is not a female MC – she’s a dope MC. 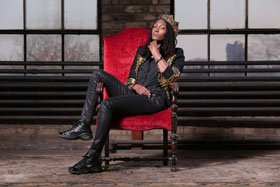 Born Shaiwana Adams, 25-year-old Minneapolis rhyme veteran, The Lioness is poised to take her rightful place on the throne as queen of the hip-hop jungle. And at a point in time in hip-hop where many female rappers are more of a manufactured character than respected lyricists, The Lioness is comfortable walking her own patch, refusing to dumb-down her lyrics and flow to fit some cookie cutter mold. The Lioness’ roar shatters the mold.

“Anybody can talk about sex, drugs and money, but for what?” quizzed The Lioness. “It’s about way more than that. It’s sad what the industry is doing to these women. I don’t even listen to what they call hip-hop today.”

In deed, The Lioness, a 2006 graduate of North Community High School, and 2010 graduate of McNally Smith College of Music, is out to change the perception of the female MC. The Lioness is out to prove she’s a “Queen.” Thus, the title of The Lioness’ latest offering, a mixtape available for free download on her website, www.thelionessmusic.com, “Queen” reflects the thunderous MC’s current mindset. 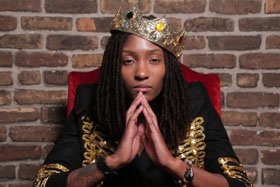 When The Lioness is on stage there’s no doubt the slender lyricist with a mane of dreadlocks knows her worth – and everyone is taking notice.

“When I’m on stage I’m no longer Shaiwana, I’m The Lioness. I just dig deep and give it all I’ve got,” said the ferocious MC. “I don’t care if it’s 10 or 10,000 in the crowd, I’m still going to give it all I have. When I’m up there I feel the respect. I get so much love and respect everywhere I go and it’s such a good feeling.”

And The Lioness is showing up at all the right places.

Just this past July, The Lioness was the opening act for hip-hop icon Doug E. Fresh at the Cabooze. And though there were several other acts to take the stage, besides Fresh, The Lioness was clearly the show’s standout artist. A recent show at Honey led to an upcoming gig at a venue few associate with raw, lyrical hip-hop – the Minnesota State Fair.

Though a time is not yet set, The Lioness’ State Fair show takes place on Aug. 23 on the stage near Cooper and Dan Patch inside the fairgrounds. Come September, The Lioness travels to Milwaukee to perform at the Yellow Phone Music Conference Sept. 5 – Sept. 8.

Currently The Lioness is in the studio working on her next release, anticipated to drop this coming winter. The as yet untitled project features production from Nicademus, G Mo and Young Federal and is being recorded and mixed by The Lioness herself. While the MC is closely affiliated with Titan Administration Records – home of artist Mastermind, who The Lioness speaks fondly of, she’s not signed to any label, but has been approached by several labels.

With an unyielding determination and ferocious live show, it seems destine that the rest of the nation and the world will soon hear The Lioness’ roar.

(Photos courtesy of the artist)