Contestants wait for the top three names to be called. (Photo By: Diana Vang)

Friends, family, and supporters of SOY were greeted by Lee Xiong, Miss SOY 2008 and Malia Li, Miss SOY 2009 as they hurried through the doors to get a good seat.

Jim Hang of Appleton, Wisconsin, said SOY has been a great support group for him. “It has opened me up because I am gay. I have found I have something in common with these guys too,” he said.

The night began with a social hour consisting of appetizers for all.  The audience got their first look at the contestants from the ensemble presented.  Senator Mee Moua, the guest speaker of the night, spoke about her support for SOY prior to the start of the pageant.

The inclusive pageant comprised three rounds, Traditional Wear, Talent, and Evening Wear which included the final question.  The contestants showcased a variety of skills by each individual, from playing the piccolo to giving a story to saying “khwv txhiaj,” Hmong folklore.

In between the rounds, the audience saw various forms of entertainment, traditional dances and the different sounds of voices were heard through various songs. 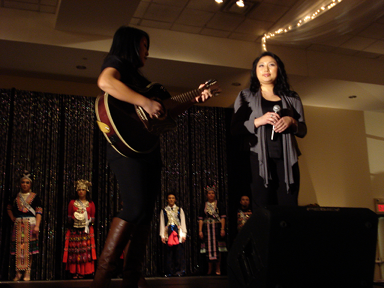 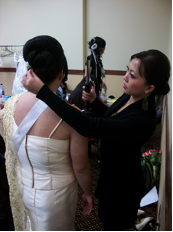 Contestant Kou Xiong gets assistance from her friend.  Xai Khang is a hair stylist.(Photo By: Diana Vang)

As everyone was waiting for the scores to be tallied, the individuals who played important roles in the organization were recognized.  Contestants were also awarded honors.

The decision was in: Micah “Linda” Her was crowned Mr. SOY 2010.  She also takes home awards for Best in Talent, Best in Evening Wear, and Full Participation in the Pageant.

“I would like to use this as a platform and a tool to further my work that I already do as an advocate for the Hmong community and other communities,” said Linda Her after being given the title. 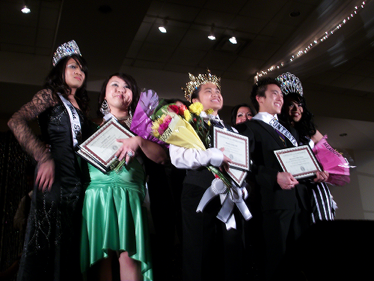