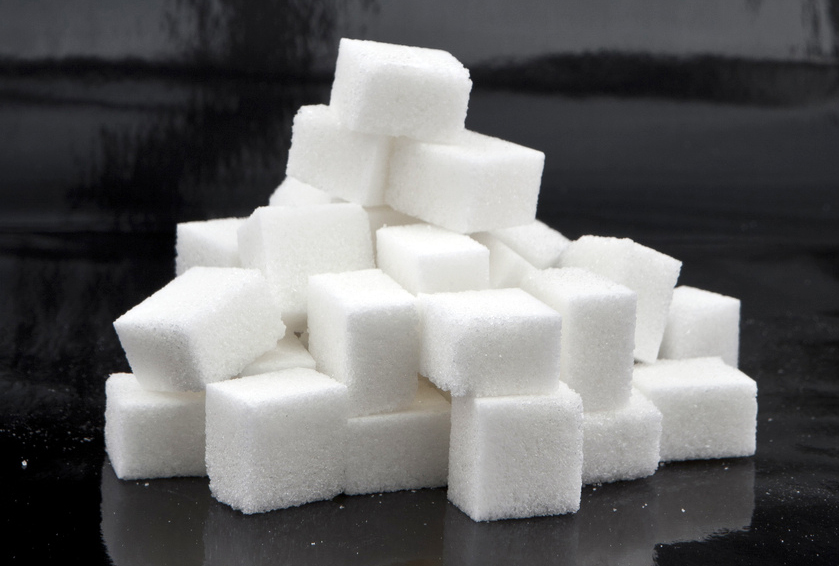 This is a photo of sugar cubes (by David Pacey, Creative Commons), not an artwork by Elizabeth Erin Fowler. To see one of those (NSFW), click here.

I took a break from the column last week because I really just needed a little time off. Such a thing probably won’t happen often, but I expect that it will happen from time to time. I’ve been making up for my lack of writing by painting and drawing whenever I get the chance. The work for my upcoming solo show is coming along nicely, but not at the speed I would like. I suppose I’ll never be satisfied until everything is finished, framed and hanging on the Smitten Kitten’s walls.

The date for the show was changed to July 7, and I have to admit it threw me for a loop. I’ve come to the conclusion that I will be nervous about this show until the day after the opening reception. These nerves aren’t a reflection of self-doubt or reluctance; I just want the show to be the best it can be because it’s my very first. I know that no matter how hard I work that there are some things that I can’t control and letting go of control and accepting change is a difficult adjustment.

Last week I was going to write about the closing party for Elizabeth Erin Fowler’s solo show Sex and Sugar at the Smitten Kitten on May 5, but I put this weird pressure on myself to write about the show when I really just wanted to go and have fun. The show was lovely, there was beautiful artwork, there were sexy burlesque dancers and cupcakes so rich that I think I have diabetes now. The pink wine was flowing like a fountain and I think it’s now safe to say that red and white are officially out; which is great because I’m not a fan of either.

Fowler’s artwork is layered with moist, fleshy textures that are further illuminated with the addition of glitter. Sex and Sugar is an appropriate name, as it is tempting to lick the canvas right then and there; I wonder what her artwork would look like on a cake (and Elizabeth, if you’re reading this you should totally do that). It didn’t occur to me until then that the only shows I had attended at the Smitten Kitten were shows that I had artwork in; this realization made me feel selfish. I should be going to more shows and supporting more artists in person and I hope to be doing plenty of that at Art-a-Whirl this weekend.

Another reason I took a break last week was because I just started a new position at Paper Darts and I wanted to get a feel for how it would fit into my current schedule. As it turns out I get to discuss art freely without leaving home—unless we have a staff meeting, which would be great because I’ve never met any of the other staff members in person before. Because of this new position not only am I being exposed to new artwork constantly, but I’m learning that it’s important to not only have an opinion but to know what is informing that opinion, which is something that can be a lot harder to uncover. Most of the time when you form an opinion you just leave it at that, but because art is visual all the answers to your reasoning are evident to the eye. It creates this extra responsibility to be more direct and detailed with an explanation. Though at the end of the day it’s all about personal preference, it’s still important to understand your preferences if only to better know yourself.

I don’t expect I’ll be taking another break any time soon; I love writing too much and I’m starting to get an itch to write more nonfiction. I thought about submitting something to the Paper Darts Short Fiction Contest, but I think I’m a little afraid of my own stories. I’m afraid they’re too sexual, too violent, too supernatural, and too dark to find my way through to the end. It felt as though 800 words wasn’t enough and yet I couldn’t think of anything that could fill that space; the thought was both titillating and nauseating. I want to tell more stories and I guess I’m sort of telling a story right now.

In truth, I probably made my week off seem more interesting than it actually was; I guess what I do inside of my head will always be more intriguing than what I do on the outside.