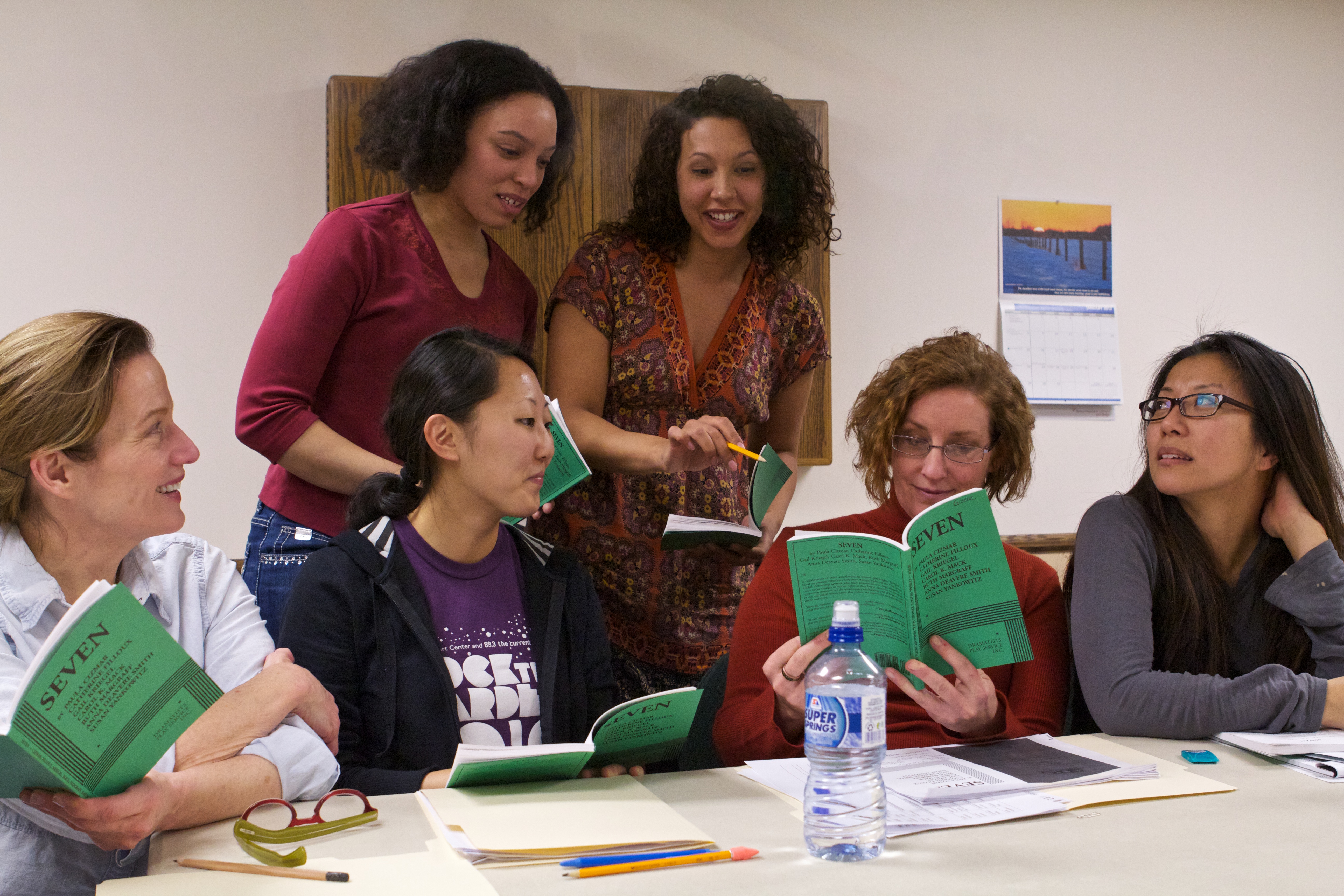 A new local theatre company, Chain Reaction Theatre Project (CRTP), is tackling a play by seven playwrights featuring seven women from around the world that have fought for justice and empowerment of women in their home countries. Partnering with local nonprofits that focus on helping women here in Minnesota, SEVEN will be produced throughout the Twin Cities community as a way to engage and inspire people to get involved in the issues.

“My heart strings have always been pulled to issues of children,” says Shelley Smith, who directs the production. A while back, she read the Book Half the Sky by Nicholas Kristof and Sheryl WuDunn, about women around the world fighting against oppression. “It really inspired me,” Smith says, so she began to look for a play that dealt with the issues outlined in the book.

Smith came upon SEVEN, which was commissioned by Vital Voices Global Partnership network, which empowers women leaders working at the grassroots level in their own countries. Vital Voices commissioned seven playwrights—Paula Cizmar, Catherine Filloux, Gail Kriegel, Carol K. Mack, Ruth Margraff, Anna Deveare Smith and Susan Yankowitz—to partner with seven women leaders from around the world working with women’s and children’s issues. The leaders include Hafsat Abiola, from Nigeria; Farida Azizi, from Afghanistan; Annabella De Leon, from Guatemala; Marina Pisklakova-Parker, from Russia; Mukhtar Mai, from Pakistan; Inez McCormack, from Northern Ireland and Mu Sochua; from Cambodia. The playwrights interviewed the women leaders to write the monologues. “The monologues are interwoven,” Smith explains, “And as the play goes on, they become more interwoven.”

For CRTP’s production, they will be partnering with seven different organizations, and performing the play in seven different locations. “I wanted to match the audience to the play,” Smith says. “I want it to be heard and seen as much as possible.” They’ll arrange the space by setting up chairs on all four sides of the playing area, with aisles on each corner, so that the actors perform in the round.

While the original production was presented as a staged reading (starring Meryl Streep as Inez McCormack), and that’s how the play is typically performed, Smith says she wanted to bring the story to life. Each of the actresses, in addition to their main characters, will play small supporting roles to help tell the stories of the other women. “The focus is on storytelling,” Smith says.

Casting the production provided some challenges here in the twin cities, but Smith says she had help from Theatre Mu, who emailed their full acting list for women to portray Mu Sochua from Cambodia.

Part of the reason for partnering with the various local nonprofits is because “what happens abroad is happening in our own backyard,” she says.

Some of the issues raised include human trafficking in Cambodia, where girls as young as five are sold as prostitutes; domestic violence in Russia; sexual violence, such as in Pakistan where Mukhtar Mai was gang-raped by a tribe; and marginalization of women—as in Afghanistan, where Farida Azizi traveled with medical supplies to the mountains to help rural women with their births, where male doctors aren’t allowed to deliver. There are also issues of poverty, as in Guatemala, and labor issues in Northern Ireland, says Smith.

Each performance will be followed by a talk back, led by former Washington Post journalist Don Brazeal as well as Smith and the actors. “We’re hoping that the audience will be inspired to take action,” Smith says. As opposed to a play in a theatre, the performances that take place at nonprofit organizations doing work to help women will give audiences the opportunity to take a small step right there. “Hopefully it will cause a chain reaction,” Smith says.

Admission to the production is “Pay as you can” with a suggested donation of $15.

There will be a total of seven productions of SEVEN in the Twin Cities metro area: