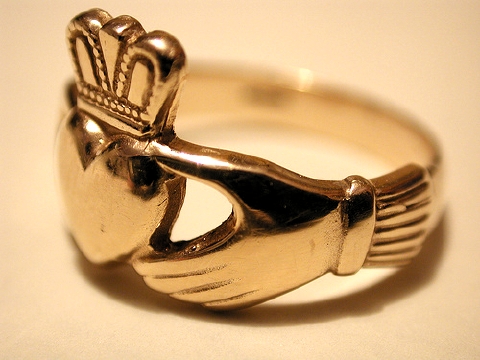 I work in the fashion business, which often keeps me out and about at night, often without my boyfriend. I’m flattered to fairly often get the attention of guys. Sometimes they’re assholes and I just brush them off, but often they’re guys who are nice to talk with but are pretty clearly trying to chat me up because they think I’m single. I feel like it’s awkward if I mention my boyfriend right away to send them a signal, but it only gets more awkward if I wait 20 minutes to do so. Any tips on how to handle this?

Have you considered that you might actually feel awkward that you have a boyfriend, because he gets in the way of your flirting and makes playfully playing the field less smooth? I think whether or not you admit it to yourself, you may be open to someone new or on the side. If you aren’t really looking, there is no problem with mentioning your boyfriend sooner than later, so to not to lead on the guy chatting you up. You’re really not available? Then why pretend to you are for 20 minutes and waste your time?

To me, it’s easy—whatever you’re talking about early on, use the word “we” instead of “I” e.g. “My boyfriend and I live in…”, “…have a dog, too,” “…went to that great show last weekend!” It can easily weave into the conversation without hitting the guy on the head. Plus, put yourself in your boyfriend’s place. How would you feel if he was out letting women chat him up, and feeling reluctant to mention you, whether it was to flatter his ego or putting a damper on the conversation?

Flirting is flattering, and that in and of itself is healthy and can bring a good boost to your self-confidence that you can bring back to your relationship. Mentioning you have a boyfriend doesn’t mean the conversation has to end. If it does, the guys are pretty shallow and not worth the time, anyway. Flip side, rather than deal with the awkwardness, don’t mention your boyfriend, but also don’t show interest in hooking up with the guy at hand. Kind of dishonest, but so is waiting 20 minutes or more.

You could do something subtle like wear a simple ring on your ring finger to symbolize you’re not available, such as a claddagh ring or any sort that doesn’t look like a wedding ring—where you wear it indicates you’re with another. Similar to brushing off the assholes, remember you’ll likely not see these guys again. If you do, they know your status. Having a boyfriend does not make you less attractive, and if you are considering secretly shopping for another, having a boyfriend never stops the persistent ones if they really want you. Everyone knows some things don’t last. Meanwhile, consider what you really want, and the actual reasons for the awkwardness.