Top - Will with his cousin, before chemotherapy. Below - Minnesota Twins visited Will in the hospital. Will, wearing his trademark duct-tape stocking cap.

Thirteen-year-old Will Dickes likes the usual pursuits of other teens his age. He and his friends battle daily on internet with X-Box 360. He keeps in touch with classmates and other friends on Facebook and with a fancy cell phone.

But he can’t be in class or at school events as often as other kids his age right now, because Will is also doing battle on another front.  He has been in and out of Mayo Clinic since June 2008 undergoing chemotherapy and radiation treatment for t-cell acute lymphoblastic leukemia. Recently, Will’s doctors and family have decided that Will’s body cannot continue the battle alone.  It is time to call for reinforcements.

Since October, Will, a Korean adoptee from Rochester, Minnesota, who has no known birth family, has been a candidate for a bone marrow transplant. So far, no candidate has been identified as a donor, so Will and his family are waiting and hoping for some help from the Korean American community.


There are many factors that go into being a “match” for a bone marrow transplant.  A full birth sibling (who has the same parents) of a leukemia patient has a one in four chance of being a match. Chances of other birth family members matching is less good.  When a patient has no possible matches from birth family members, a matching donor is sought from the National Marrow Donor Registry (NMDR).

The Dickes family and Will’s medical team has recently begun working with the NMDR, also known as “Be the Match,” to find a donor for Will.  There are special challenges for Korean adoptees and other Asian American patients who need a non-family donor, because a match is most likely from a donor from the patient’s ethnic and racial group.  Yet, only a small percentage of the donor registry are Koreans. Of seven million potential donors on the Registry, about 65,000 on the Be the Match Registry identified themselves as Korean.

Beyond the racial and ethnic group match, there must be very exact matches in a blood protein known as human leukocyte antigen (HLA).  HLA typing is used to match patients and donors for bone marrow transplants.   HLA are proteins – or markers – found on most cells in your body. The immune system uses these markers to recognize which cells belong in the body and which do not. The markers must be close in order for the body to accept them as its own cells. Therefore non-family donors for any transplant patient are few and far between.

From June 2008 to March 2009, Will and his parents followed his doctors’ advice, and Will followed a regimen of chemotherapy and some radiation until March 2. At that point, he started a maintenance period, which was supposed to last two and a half years.  Maintenance was much easier, Will’s father Steve explained.  It involves doing chemotherapy only occasionally, while taking daily milder chemo pills.

However, Steve added, there were signs of a relapse May 26, when Will had a spinal tap to check for abnormal cells, and there were some cancer cells identified. “We tested from then on every so often, and then on July 20, there was a sharp rise in these cells on one test,” he said. “We ramped up the chemo treatments starting that week.”

During the summer, the medical team modified its plans for Will’s treatment because of the relapse.  “The Mayo Clinic doctors consulted with their colleagues all across the nation, and decided because of his quick relapse – two and a half or three months – that a bone marrow transplant looks like the best course of action.”

Now, Will is in treatment and waiting.  His parents, Steve and Loretta, are trying to keep him active with his friends, and keep life as normal as possible for Will and his younger sister Elizabeth, age 11, also a Korean adoptee. 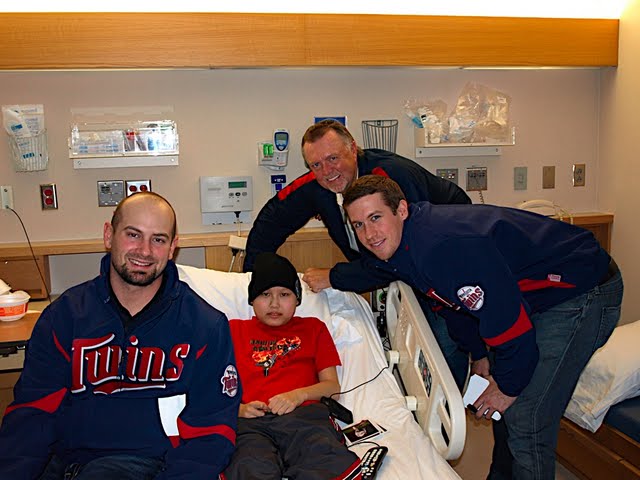 Rochester has a very diverse community, which includes a small and close-knit Korean American community, along with a community of Korean adoptees and their families.  Jointly, the two groups run Camp Moon Hwa, a culture camp for Korean adoptees and their families.  There is also a taekwondo school, the Park Institute of Tae Kwon Do, in town.  Steve and Will both worked their way up to black belt in taekwondo. In November, the Korean American community of Rochester will have a bone marrow “match” event at a church.

Steve, who works as a software engineer with IBM, assisted as a taekwondo instructor at Camp Moonhwa until 2008. Will demonstrated some taekwondo moves for the kids at Camp Moonhwa.   Loretta served on the Board until last year. The whole family enjoys these activities, and hopes to be doing them again soon.

At the moment, Will is not strong enough to do any strenuous activity. The chemo treatments nauseate him and make him feel run down. During a couple of sessions, he needed a nasal gastric feeding tube to help him take in enough nutrition to keep him going. Will has been a really good patient, his father said. He has even inserted his own gastric tube on a couple of occasions. “I tell him ‘I don’t think I could do some of the things that you are doing,'” Steve remarked. Despite all the needle sticks for blood draws, Will’s least favorite medical task is swallowing pills, Steve said.

After Will’s hair fell out, Loretta bought him a cap to wear, with the name of a band he did not like. That cap, with silvery duct tape stuck over the name of the band, has become Will’s signature look during his treatment.  He had his 2009 school ID picture taken with his hat on. The duct tape fashion statement has become a source of family humor. Will even has some bandaids that look like duct tape, which can amaze and horrify his nurses. 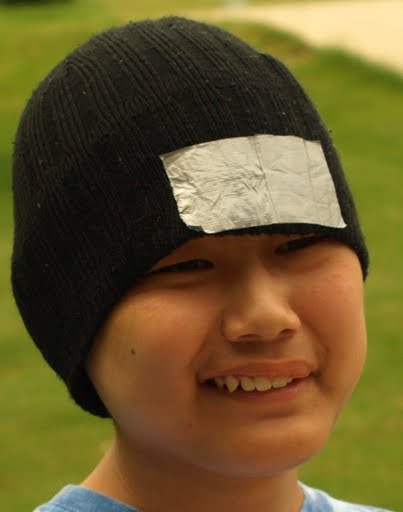 Steve tells a story of how Will got the news of his diagnosis back in 2008 when they were testing for things like Lyme’s Disease, a major infection, or meningitis, and as his parents were taking in the news, Will piped up and asked the medical team, “OK, so how do we cure it?”  It was Will who was ready to address the disease head on.  “He was the one who got us moving forward again,” Steve recalled.

Once a donor is identified for Will, it would only require a 10-day preparation period for Will, and then the transplant could be done. About 70 percent of the time, the donor does the medical procedure for the donation by sitting in a chair for up to six hours while marrow cells are sifted from the bloodstream with a special filtering machine “like an extra long blood donation,” Steve said.  Or, the donation needs to be done in a minor surgical procedure in which about five percent of the donor’s bone marrow is removed with a needle from the pelvic bone. After effects of the donation are few;  the body replaces that five percent of bone marrow in about four weeks. Will has had several bone marrow aspirations for diagnosis purposes in the last year.

For Will, the donation will require a 30-day stay in the hospital while his doctors monitor how his body is accepting the transplant.  If it is a good match, or even a match with a little rejection by the body, Will’s chances of a complete recovery are good.

There are some “reasonable matches” from the donor registry already, however, the Dickes’ have recently decided to search for Will’s birth family to see if they may be able to help. This is a step they thought about doing early on, but postponed because the prospects for Will’s chemotherapy treatment were good at first.

Martha Vickery is the editor of the Korean Quarterly.