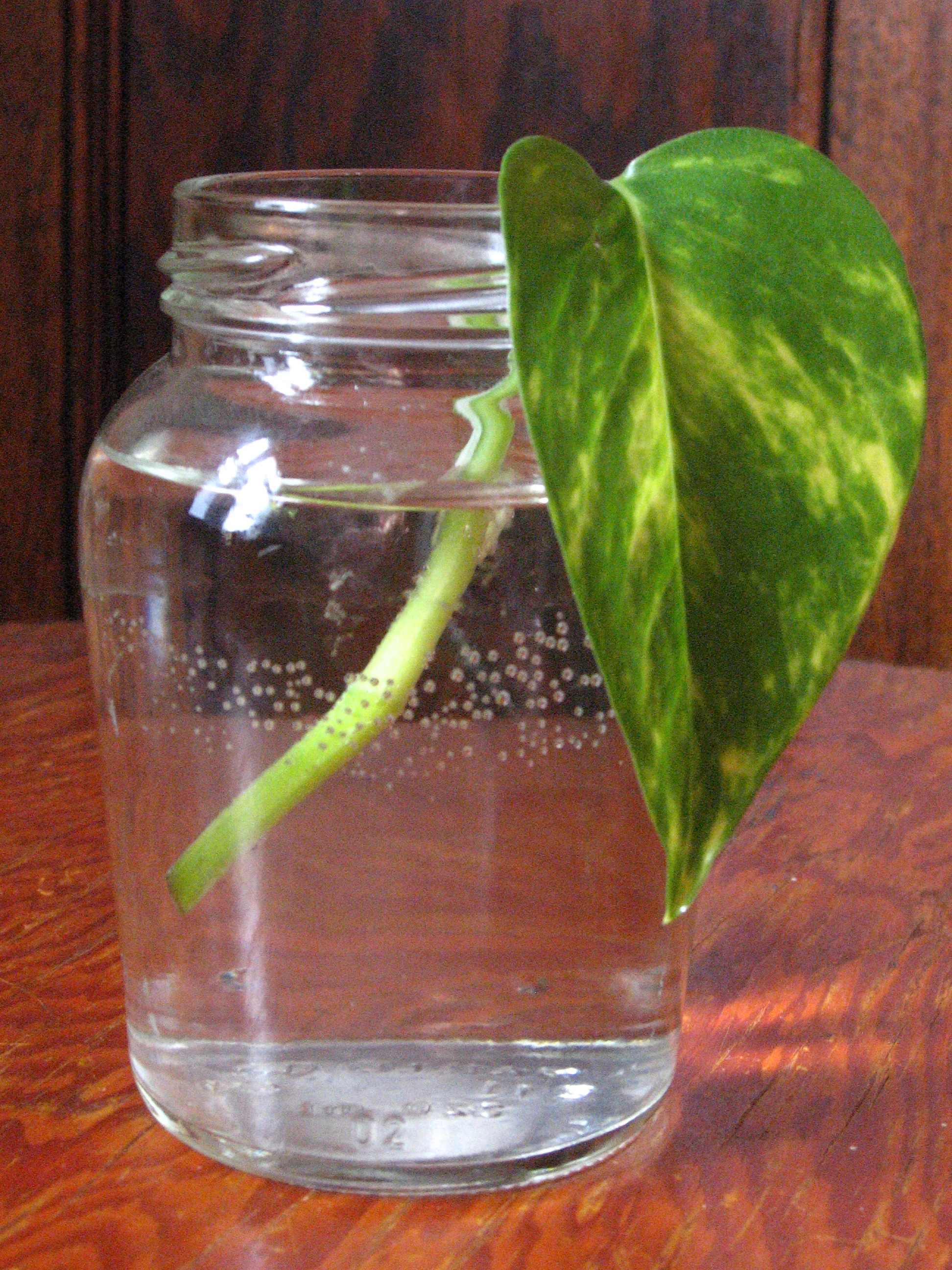 Sometimes reporting has side benefits—like this unidentified plant clipping.

On Saturday morning, with trimmings from a few household succulents in hand, I set out for St. Paul’s Evangelical Lutheran Church in the Phillips community for the third meeting of Transition Town Phillips.  An E-democracy.org forum posting had alerted me to a community meeting focused around energy and community building; the indoor plant swap acted as bonus for the outing.

Transition Towns, as a movement, have arisen in response to the world nearing—or having reached, depending on one’s perspective—peak oil, the time when we have maximized our extraction of petroleum and begin to, in a sense, run on reserves. With this in mind, Transition Town Phillips is proposing an energy action descent plan, with its initial focus on no- and low-cost/high-impact action.

“Start with the low hanging fruit,” said Corrine Bruning, who led a presentation on local energy usage along with Timothy Den Herder-Thomas to a group of about 20 people including long time Phillips activist Bob Albee.

On an individual, short-term level these can be as simple as investing in a programmable thermostat and being vigilant about turning off lights when not in use. On a community level, however, the plan is much farther reaching.

Beginning with cooperative, bulk purchasing of materials such as insulation for homes, half of the monies saved by each individual could be reinvested into another bulk necessity, and so on, eventually culminating in the funds being invested into community solar programs. These programs, which would reduce reliance on local utilities, could turn the community into a micro-utility itself, with the ability to sell its stored energy back to the grid.

The movement in Phillips isn’t just about energy. Sharing skills for community development is equally, if not more, important. “It’s the only we way we’re going to affect real change in the community,” Bruning told the group. “We’ve got to work from the bottom up.”

The next meeting, as of now unscheduled, should occur near the end of March. Its theme will be seed starting and trading, as well as resources for land to plant these seeds.

I left the meeting with the seeds of community development in mind and a clipping from an unidentified plant in hand. It will be nice to watch them both take root.