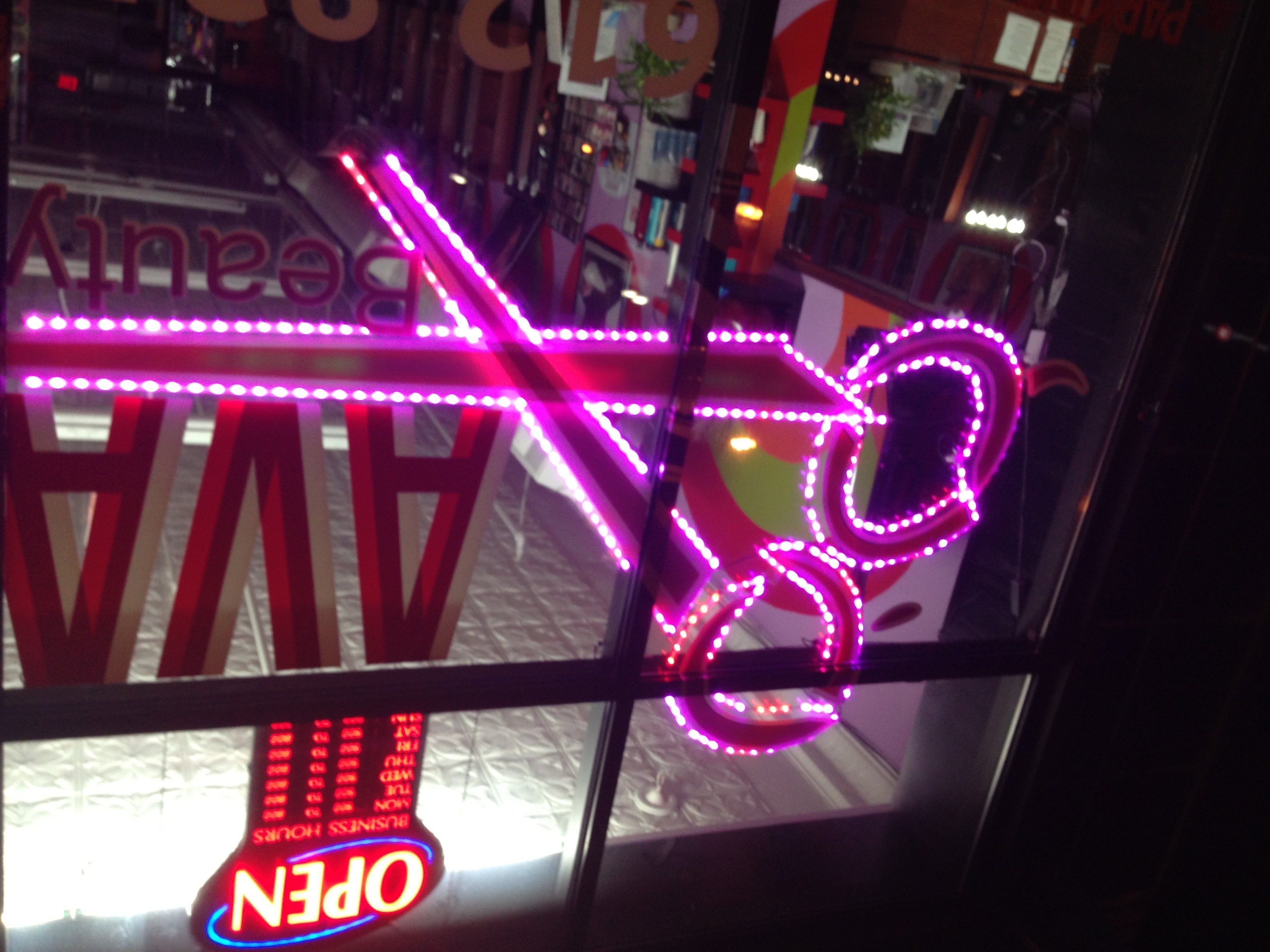 East Lake Street thrives as the epicenter of Latino culture in Minneapolis. Represented through business specializing in quinceañera parties, pupusas, panaderias and botanica stores showcasing devotional articles around the idea of death as a Saint, la Santa Muerte, this orderly cacophony of language, nationality and culture stretches eighteen blocks. Inside this cultural mosaic nevertheless shines a group of stars: East Lake Street’s Latina transgender hair artists are its best-kept secret, a group of hardworking women navigating the complicated and often oppressive social fabric of a famously diverse area.

Several Minneapolis summers ago, a friend recommended a hair salon located on East Lake Street. Feeling nostalgic about my home country, Mexico, I decided to try it. Who knew whether one superbly executed cut was the needed final touch to heal my wounded self-esteem? I never felt good about my hair until that “magic haircut,” turning me into a loyal client.

Raving on the pride of having a transgender hairstylist – a pleasant validation of my progressive political views, yet, a quiet corroboration of the ubiquitous privilege of being a cis-gender woman, an individual with a self-perception of gender matching the sex assigned at birth, I decided to believe my hairstylist’s occupation was the result of an amalgamation of talent and personal choice. However, one casual conversation shed light over my abysmal ignorance.

Expecting a cheerful response, I asked my stylist, Galaxy*, if she loved her job. Her answer: a flat no. She told me she wanted to be a lawyer or an executive, yet she was treated like a pariah in Mexico. Like several other transgender Mexican immigrants, she left behind a world of extremely limited opportunity. Back home, systematic societal and familial oppression force these women into the country’s underbelly where sex work, escorting, and pole dancing are their only income-generating choices. Hairdressing is the one acceptable skill allowing them to earn money without risking their lives. The limited and arbitrary number of socially acceptable occupations for transgender women in Mexico is a symptom of a heartbreaking reality.

Another enemy facing this community is a staggering 20 percent rate of HIV infections and a disturbing 30 percent rate of suicide attempts. Finding dead transgender women in Mexico City is an appalling commonality nowadays, and the justice system pays little attention, completely absorbed in fighting drug cartels.

In Minneapolis, the transgender Latina hair artists working along East Lake Street are a community of brave survivors. However, they continue to be a vulnerable population, as many are undocumented and in need of improving their English skills to get ahead in America.

We need to think about these women as more than talented hairdressers, creating safe spaces for them to take advantage of the many opportunities offered through a myriad of resources such as the Minnesota Transgender Health Coalition. As Latinos, it’s crucial to develop solidarity and confront the privileges of being cis-gendered. We need to rethink how we perceive members of our own community, as you never know who is going to heal us and make us grow. For me, it came in the form of haircut.

* This article was written as part of the Twin Cities Media Skills Fellowship. The hairstylist’s name was changed to protect her privacy.