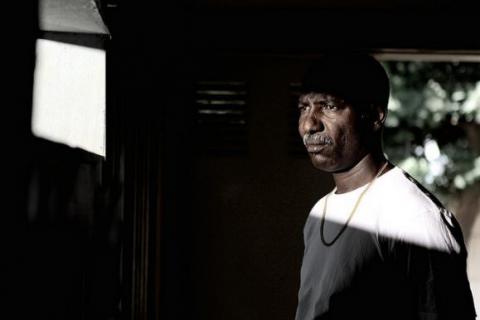 In the midst of civil war in war-weary Chad, elderly Adam (Youssouf Djaoro) battles for his job tending a swimming pool in a luxury hotel. Ex-swimming champion, he is demoted from his position and replaced by his son. Overwhelmed with feelings of resentment, he makes a fateful decision that he’ll have to live with for the rest of his life.

In this fifth feature by director Mahamat-Saleh Haroun, one of Africa’s top filmmakers, Adam’s internal struggle is juxtaposed against the broad expansive concepts of war and religion. In A Screaming Man, Haroun stakes his claim as the preeminent visionary for a region that is grossly underrepresented on the world stage, but especially now coming to the fore in the African turmoil with Libya.