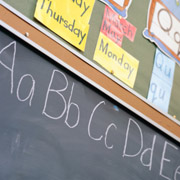 Even before the Legislature and Governor begin the difficult task of tackling the state’s FY 2012-13 budget deficit, real per pupil state aid to Minnesota school districts will decline relative to the FY 2011 level. The decline in state support for K-12 education extends back to FY 2003 and the dawn of the “no new tax” era.

The Minnesota Department of Education (MDE) recently released new school operating revenue, levy, and aid information, updated based on the November forecast. The new MDE information is valuable because it provides the first projections of FY 2012 and 2013 levy and aid levels for all Minnesota school districts.

A new Minnesota 2020 analysis uses this MDE data to show the change in per pupil operating revenue, levy, and aid from FY 2003 through projected FY 2013 on a statewide basis and for each of the 337 school districts in the state, adjusted to reflect the decline in the purchasing power of school dollars due to inflation.* FY 2003 was chosen as the baseline year for this analysis because it was the first year of the state takeover of general education funding and the last year before the implementation of “no new tax” policies. Click here to view this information.

Based on preliminary information, real (i.e., inflation-adjusted) state aid to Minnesota public schools declined by $1,401 (14.7 percent) from FY 2003 to FY 2011 in constant FY 2011 dollars. Largely in response to the decline in state aid, real per pupil property taxes increased by $900 (135.8 percent).† Because the levy increase was not sufficient to replace the aid reduction, the total per pupil operating revenue for Minnesota public schools fell by $501 (4.9 percent).

The trend of declining state aid and declining revenue will continue over the next two years based on MDE projections of current law. From FY 2011 to FY 2013, per pupil state aid is expected to decline by $81 (1.0 percent) in constant FY 2011 dollars. Over the same period, slight school levy growth of $3 per pupil is anticipated. As a result, total per pupil school operating revenue is projected to decline by $78 over the next two years.

Real per pupil state aid has declined for nearly every Minnesota school district during the period from FY 2003 to FY 2011, while property taxes have increased. Thus, at the same time that total real per pupil operating revenue was falling, property taxes soared. The trend of declining per pupil state aid and operating revenue is projected to continue through FY 2013 for the vast majority of districts, as revealed in the accompanying analysis.

“No new tax” politicians have avoided the need for an increase in state revenue by cutting state aid to Minnesota schools and other local governments and by shifting budget problems into the future, leaving new leaders to clean up the mess they created. As a result of this strategy, per pupil spending for Minnesota school districts has fallen below the national average.

And this analysis does not account for the additional fiscal strain placed on public schools as a result of school funding delays. On top of all this, school districts are dealing with increased concentrations of special need students, higher performance standards and new testing requirements, and the need to close the achievement gap between white and minority students.

As if things are not bad enough, the anticipated decline in real per pupil state aid to Minnesota public schools over the next two years is occurring even before state policymakers undertake the task of eliminating the state’s massive $7 billion plus budget deficit projected for the FY 2012-13 biennium.

If the “no new tax” mentality continues to carry the day at the State Capitol, the outcome is clear: even lower state support for school districts and higher school property taxes. The time has come for a balanced solution to the state’s budget problems that involves not just spending cuts, but state revenue increases as well.