I was standing in line yesterday at Ingebretsen’s, the 90-year-old Scandinavian market on Lake Street, as I have for at least 40 Christmas seasons. There were about 35 people in front of me in line and at least as many behind. Now, I hate standing in line. There is almost nothing I want badly enough to warrant standing in a long line. But, as I waited, I suddenly realized I was enjoying myself– enjoying the understated camaraderie and the people watching. I was having such a good time that, when my number was almost up, I considered trading with someone else further down the line.

I’ve thought about why I might have reacted so uncharacteristically, for me, and I think it’s because Ingebretsen’s at Christmas is one of the last outposts of a kind of Christmas I remember from my very early childhood and a kind of Christmas that has mostly vanished. I may be projecting here, but I suspect a lot of the others standing in line were feeling the same way. None of the other customers were under 50. We all came, presumably, from families where lutefisk, Swedish meatballs, Swedish sausage, pickled herring, sylte, and the like were de rigueur at the holidays and we find ourselves struggling to hold on to customs that have mostly fallen away. I noticed that, as I waited my turn, almost no one was buying lutefisk. Even 30 years ago, everyone there would have been buying at least a little.

Lutefisk is hardcore. When I was young, Christmas Eve dinner always included lutefisk and Swedish meatballs as well. There always seemed to be anxiety surrounding the preparation of the lutefisk– whether it would be overcooked or “just right”. The distinction always seemed moot to me.

My dad was born in Robbinsdale and spent his whole life there. My father’s parents lived about 2 blocks away from where I grew up. His only brother was unmarried at the time and lived with them. My grandfather was born in Sweden and my grandmother was half Swedish and half Norwegian. All their friends were either Swedish or Norwegian. When I was very young, the universe was Scandinavian.

I remember that any social gathering with my grandparents also included a number of close friends and assorted unattached bachelors and maiden aunts, all of whom had last names that ended with -son or –sen. I think of those early social gatherings whenever I hear this:

I was the only child in our immediate family group. That meant that Christmas in our family was essentially adult centered. That, in turn, meant that it was primarily focused on the dinner, or on the run-up to the dinner. No presents were ever opened until the dinner was done and the plates cleared. It was excruciating to be the only kid. I had lots of time and opportunity to observe. 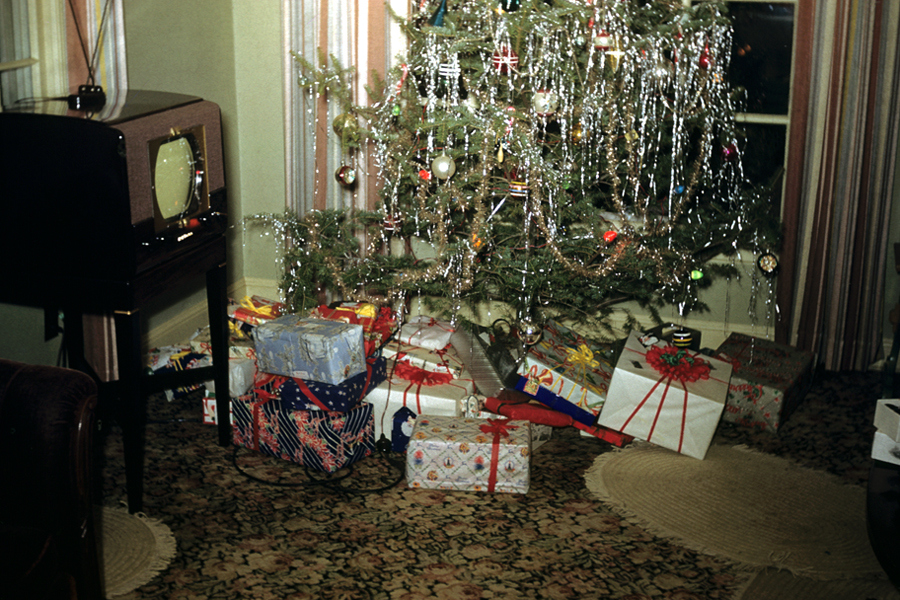 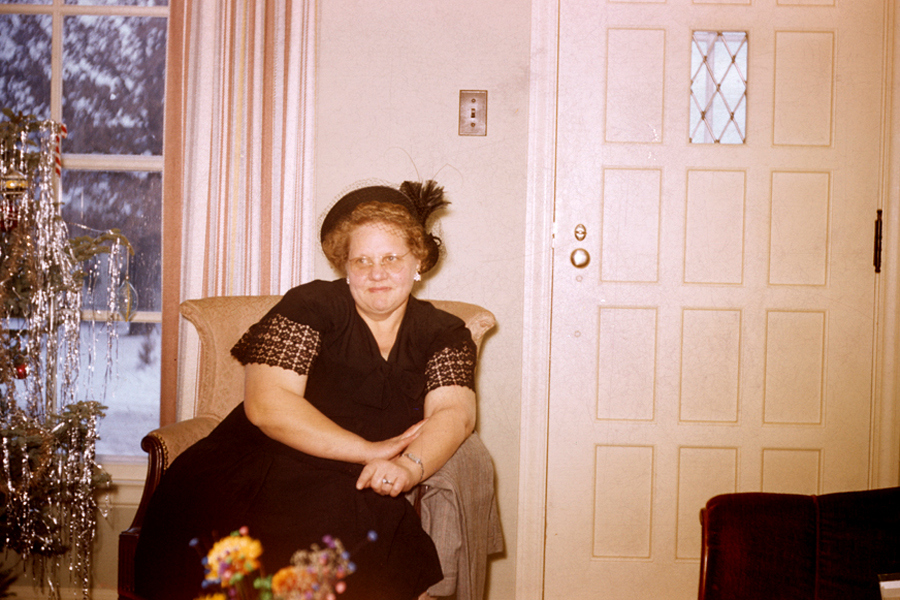 Waiting for the lutefisk 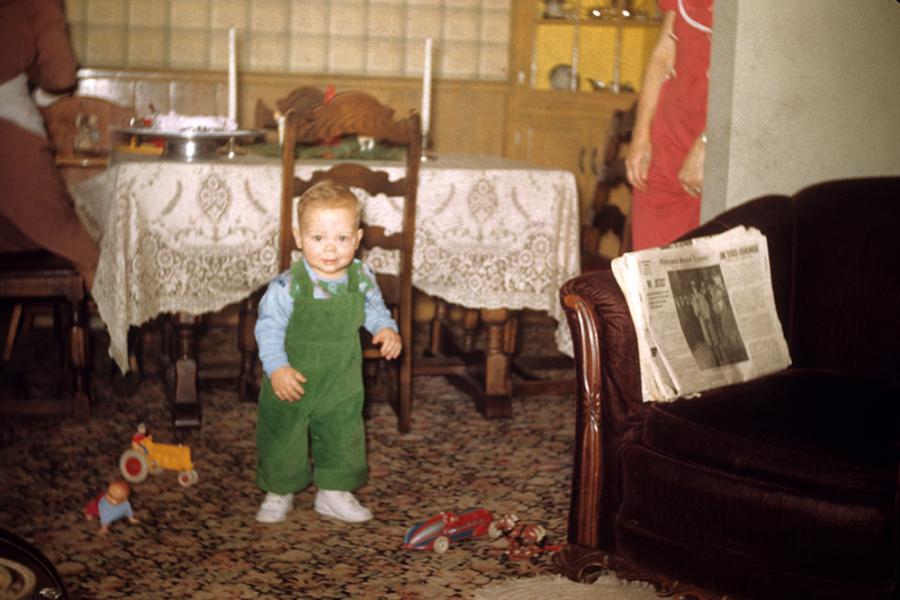 Bill in Mpls in overalls 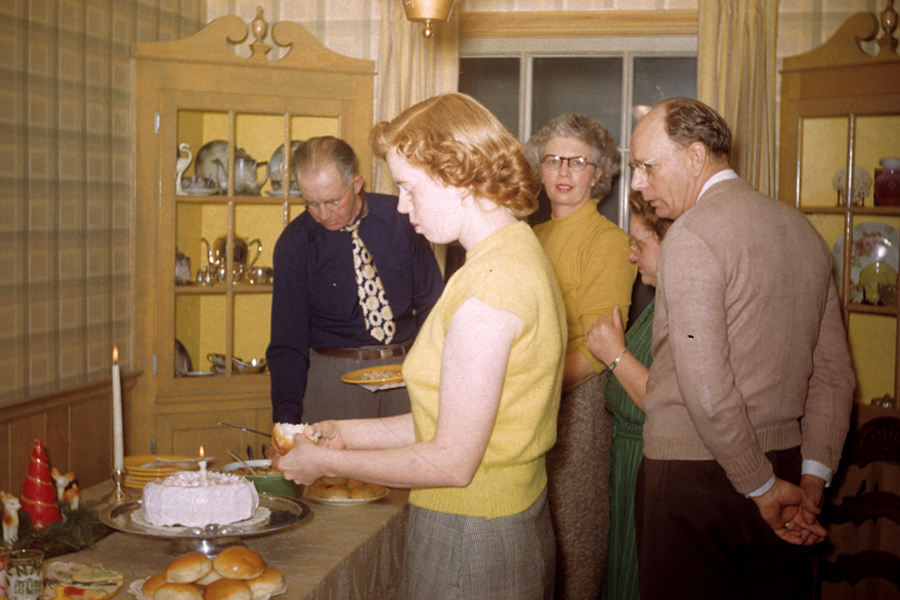 Most of the Christmas traditions I remember have fallen away. The lutefisk is gone for certain. My kids, who are adults themselves, know next to nothing about Christmas as I remember it. It has been assimilated into the general commercial culture. The tang and comfort of reenacting the rituals of a distinct tribe are largely vanished. I came along at the end of that chain of tradition and when I’m gone, it will be gone from our family completely.

Once again, I may be projecting my own sentiments, but that’s the undercurrent I felt as I stood waiting my turn at Ingebretsen’s. Beneath the festivity, beneath the joy at finding common ground, a kind of wistfulness that the Portuguese call saudade.

What tribal rituals will you be among the last to observe?