Groundbreaking for the wetland next to Minnehaha Creek, in November 1996

The original program was created with an “expiration date” of Dec. 31, 2011. Although many neighborhood representatives worked with state legislators and through other channels to try to find a way to extend the program, that did not happen, and the NRP office officially closed at the end of 2011. Neighborhood organization support will now be handled through the City’s Neighborhood and Community Relations (NCR) Department, and funding (after 2013) will be part of the City budget, rather than a separate designated source. It is unclear at this point whether there will be additional funds for special projects or programs.

In December 2010, the Minneapolis City Council voted to freeze NRP Phase II funds at 50% of the original allotment for neighborhoods. SENA was well into its Phase II Plan (approved by the Standish and Ericsson neighborhoods in 2005) and had already contracted more than 50% of its funds, so the amount of designated funds lost was just under $200,000. Those dollars held back from the NRP Phase II program will be used to fund the next two years of neighborhood organization support through the NCR’s Community Participation Program. Since those dollars still have NRP guidelines attached, the city has created a new NRP Policy Board to oversee contracts and the distribution of the dollars. The money is distributed to all city neighborhoods, rather than to the neighborhoods to which they were originally allotted, based on a newly developed formula. The SENA staff anticipates that SENA’s allotment will be approximately $50,000 to $60,000 annually.

Since Standish and Ericsson residents approved the SENA NRP Full Plan in September 1998, NRP funds have provided nearly $5 million ($3.5 million from the Full Plan; $1.4 million from the Phase II plan) to a wide variety of community projects, including:

Many details about the future of neighborhood and neighborhood-organization support are unknown at this point. The NCR office has been assigned the task of helping neighborhoods through this transition to the new system. Please stay tuned. Voting on the Full Plan with stickers in June of 1998 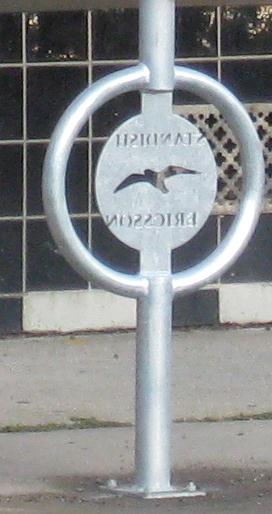 Above: Part of the old playground that was replaced