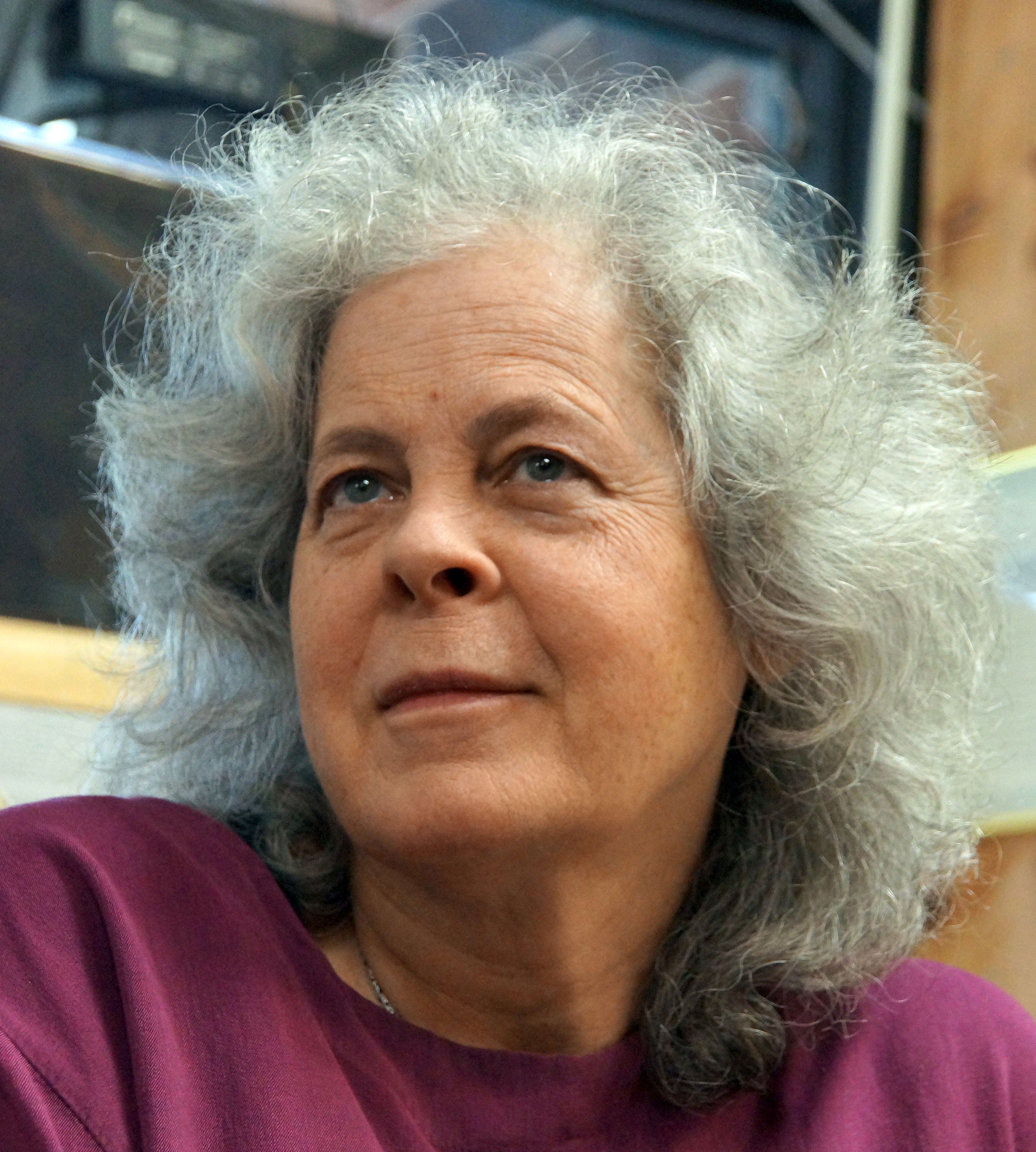 Saving Dinkytown has become complex—for both supporters and opponents of a proposed six-story, mixed-use apartment building in the four-block business district adjacent to the University of Minnesota.

Both sides say they represent the best interests of the quaint, historic business district and neighborhood, even as the Podium closes and the Book House moves.

“It’s a feeling we have from when we went to school there. It’s different for everyone and it depends on the era,” she said in an interview. “How do you preserve the character of Dinkytown when you don’t even know what it is?”

Defining that character is a goal of Kristen Eide-Tollefson, owner of the Book House and organizer of Save Dinkytown—a movement founded to stop the proposed Opus development.

Eide-Tollefson said the project should be delayed until the city completes a small area plan to guide Dinkytown development.

“Otherwise, we will end up like Stadium Village with the loss of local businesses and layers and layers of living memory,” she said.

Minneapolis city planner Haila Maze explained that a conservation district allows for preservation with fewer restrictions than a historic designation.

“A conservation district is new,” Maze said. “We don’t have one in the city yet.” Prospect Park, a residential neighborhood also in Southeast Minneapolis, is also considering a conservation designation.

Prospect Park is an area with character and a diversity of homes that aren’t from a particular historical era. To preserve its character, Maze said, “We need something with a bit more flexibility and discretion than historic district. Something we need to figure out as we go.”

“The land owners have an interest in this Opus project going through because it’s going to benefit them enormously,” said Gordon Kepner, who has lived near Dinkytown for 42 years. “The business owners are mostly leasers and they’re in a quandary because they believe they’re next for the high rents.”

Maze acknowledged that new developments will have higher rent than older buildings and could affect the economy of the entire area.

“We don’t have an answer defined for that,” Maze said. “This is a place to see whether we could do something. Should we let that happen or is there something we can and should do? We have a lot of programs for affordable housing in Minneapolis. We don’t have a program for affordable business.”

Maze said work on the small area plan will continue despite the Opus development “because there are issues that are bigger than any one project. There are cumulative impacts.”

“The challenge is doing a process,” she said. “If they’re meeting our criteria and the policy makers agree it’s a decent project, then it’s hard to stop. There are only a limited number of things we can do to stop a project like this. It’s challenging. In some ways, it would be nice if things froze in place for a while, but we want the city to grow. We want people to invest. We have to be careful of property rights.”

Discussing business in a small specific market allows people to sit down together to explore issues, decide whether the area needs certain businesses and what, if anything, can the group or the city do to encourage them, she said.

Maze said the plan will ask, “What makes this a special place? Whit is it we can do to help keep Dinkytown special? It is definitely a moving target, but there are things we can do, different strategies, especially related to parking.”

Save Dinkytown claims to have 2,300 signatures on a petition to prevent rezoning that would permit the new building by the Opus Development company on the site of the House of Hanson and four other businesses.

On June 6, Save Dinkytown lost an effort to get the City Council’s zoning and planning committee to require an environmental worksheet to consider the potential impact of the project. Council members said they would have other opportunities to vote on the Opus project on its merits, rather than environmental grounds.

Meanwhile, the Podium, one of Dinkytown’s most prominent businesses, announced that it will close its doors permanently on June 30, and the Book House will move to the second floor of Dinkydale, a location about one-third of the bookstore’s current size. Both businesses are offering sale prices.

Both businesses are in the House of Hanson building. Laurel Hanson Bauer, who owns the small grocery founded by her grandfather in 1932, will retire and sell her building because a larger grocery store will open across Fifth Street in the new mixed-use building on the old UTEC site.

The Opus project would also displace a pizza place, a hair salon, and parking lots on the north half of the block on Fifth Street between 13th and 14th avenues.

They object to the proposed zoning change from C1 (low-density business) to C3A (mixed use with housing above businesses) to allow for the six-story Opus building.

Rezoning the site for such intense development would increase property values and create a precedent for further rezoning—both of which would threaten the locally owned character of Dinkytown, said Matt Hawbaker, Save Dinkytown coordinator and Book House employee.

Radzwill said, though, that stopping the zoning change will not stop development.

“If they do not get a zoning change, the developer could possibly build a big square three- or four-story blocky building without any aesthetic distinction—or urban design,” Radzwill said. “With C3A you have a large enough structure that there are ways to create a more beautiful building with a better pedestrian experience.”

“The design has more design articulation, rather than a flat wall,” she said. “The taller stories are set back toward the center of property—those are petty much hidden to pedestrians on the street level so the building doesn’t look too tall.”

Radzwill said her committee has heard from many people over several months. “The project has changed immensely from the first day the developer showed it to our committee, and it’s now a better project,” she said.

“The Opus project is not doing a lot to destroy Dinkytown,” she said.

Parking is a problem, she acknowledged, but said both Opus and UTEC have adjusted their plans to accommodate paid parking for local businesses.

Jeff Molde, owner of the Podium, said he spent 14- to 15-hour days looking for a place he could afford and still maintain the business and the clientele. After a month and a half, he gave up.

“A veritable landmark in the history of Minnesota music, the Podium has grown from humble beginnings selling sheet music, pipe tobacco, and instruments to the world class purveyor of acoustic instruments that it is today,” he said on his website. “Between now and the end of June, we will be offering significant discounts on sheet music, strings, accessories, and instruments.”

Books will be on sale at the Book House until the move is completed, Eide-Tollefson said.

Her website said: “In July, the Book House will open a scaled-back retail shop we are calling the ‘Best of’ the Book House in Dinkytown. There, just above the two bike shops on 4th St. SE, you will be able find the eclectic selection of used and rare books that has kept many of you coming back year after year. Our focus on out-of-print, academic, rare, and otherwise unusual books, as well as fiction and literature for everyone, will not change at all.”

In an interview, she said her online store will continue without interruption and she hopes her new store on the second floor of Dinkydale, the site of the former Dinkytown Antiquarian Bookstore, will open in early July.

She will continue to have a warehouse in the basement of the building that houses Verizon and Five Guys and books will be scattered at “undisclosed locations” throughout Dinkytown.

The Marcy-Holmes Neighborhood association approved the Opus plan with five conditions: that the developer create a parking plan for the construction period; develop a remote parking plan within a five-block radius; present a safety plan for pedestrian, bike and car traffic; maintain the promised level of public parking; and encourage “small, local and diverse businesses in preference to chain stores or duplications of businesses already established in Dinkytown.”

“Whatever changes are made to Dinkytown, we think that a small area plan and activity center should be completed,” Hawbaker said. “We need to have a voice before developers come and begin demolishing buildings.”

He also wrote a recent Star Tribune opinion piece that sparked interest and support, with the number of signatures nearly tripling right after publication, he said.

The Opus proposal must return to the city planning commission and then go to the City Council for final approval.

Read our continuing coverage of development in Dinkytown.