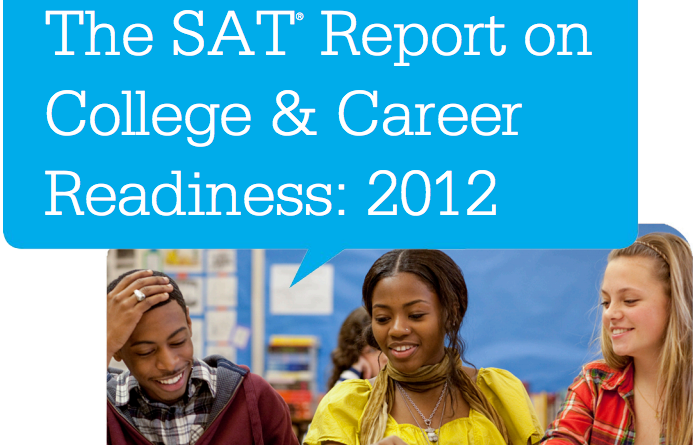 SAT reading scores hit a four-decade low trumpets the Washington Post headline. That means one point lower than last year. The average reading score dropped from 497 to 496. Is that even statistically significant?

In Minnesota, students are more likely to take the ACT test, with 74 percent of Minnesota students taking the ACT test in 2012. ACT state average composite scores ranged from a high of 23.8 (in Connecticut, with only 23 percent tested) to a low of 18.9\7 (in Mississippi, with 100 percent tested.) Minnesota, with 74 percent of high school seniors taking the test, had an average score of 22.8, easily within the top ten states and leading the pack of states where at least half the students were tested. As the Minnesota Department of Higher Education boasts:

So — circling back to the question in the headline: what does all of this mean for Minnesota schools? Two things:

First, Minnesota is still doing a good overall job at education, even though, like the rest of the country, we have an achievement gap for low-income and minority students. (Nationally, this achievement gap is increasingly tied more to income than to race — I haven’t seen comparable recent Minnesota figures, though poverty is rising for Minnesota students.)

Second, all numbers should be regarded with skepticism, and carefully analyzed. The WaPo headline at the beginning of this article is 100 percent accurate and yet entirely misleading. That’s not unusual with reporting on education and test results. Reader, beware!