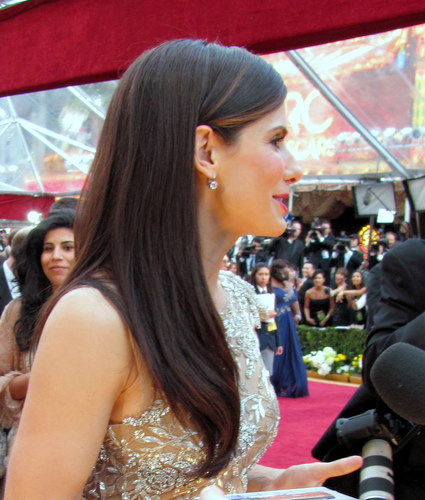 Sandra Bullock on the Red Carpet. Photos by Lindsay Teed.

HOLLYWOOD, CALIFORNIA—At the 82nd Academy Awards Sunday night, I was in the group of reporters who talked with Oscar winners as they left the stage with their statuettes. Best Actress winner Sandra Bullock talked about winning both a Razzie (an award for bad acting) and an Oscar within days of each other. She was the first person to win both awards in one weekend.

“They’re going to sit side by side, as they should,” she says. “You know, nothing ever lets me get too full of myself. It quickly chops me off at the knees, and I like it that way because it just keeps things stable and they’ll sit side by side in a nice little shelf somewhere…the Razzie maybe on a different shelf, lower.”

Best Supporting Actress Mo’Nique owned the press interview room; more than one of her acquaintances was in the room, and Mo’Nique thoroughly enjoyed bantering back and forth with them.

Mo’Nique was asked how she separated herself from the role that won her the Oscar, “Mary Jones.” She gave credit to her husband. “I am married to an angel, and often times I tell him, ‘I can see your wings,’ because the best advice he gave me was, ‘Don’t judge it, just be it, and leave it on the floor.’ So when [Director] Mr. Daniels said, ‘cut,’ Mary Jones was left on the floor,” she says. “There was no de-programming, there was no therapy where I had to be brought back. Mary Jones was left on the studio floor, so when I went home, I was Mrs. Hicks, Sidney Hicks’s wife. I was Mommy to David, Jonathan, Michael, and Shawann.”

She expanded on her acceptance speech by concluding, “Some journalist wrote, some reporters wrote, ‘Someone needs to teach Mo’Nique a lesson. Someone needs to tell her how this game is played.’ And I am very proud to be part of an Academy that says, ‘We will not play that game. We will judge her on her performance and not how many dinners she attended and how many pictures she took. It’s on the screen.’ So I am proud to hold this Oscar in my hand because this Academy said, ‘We won’t play the game that the media wants to so readily put out there.'”

Pete Docter greeted the city of Bloomington and students at his alma mater Kennedy High School and had advice to give local kids who may want to someday hold an Oscar like he is. “Well, get lucky,” he says. “Beyond that, I’d say draw, draw, draw. I don’t think there’s anyone who’s ever regretted being able to draw, and it just really helps you see the world, things that you might notice or might not notice otherwise. When you draw them, you put them down on paper. Suddenly they become clear and it’s just a great way to amplify and visually see the world better. Beyond that, just do it. More than ever before, there is technology out there. Make movies and love what you do.” 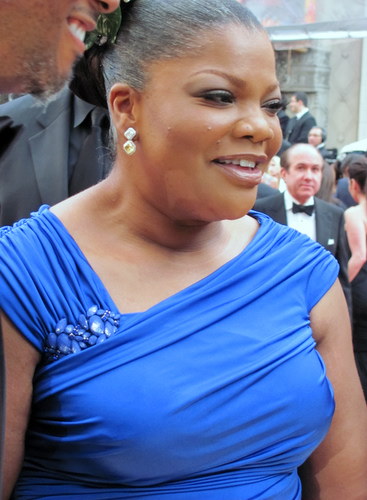 Above: Mo’Nique on the red carpet. 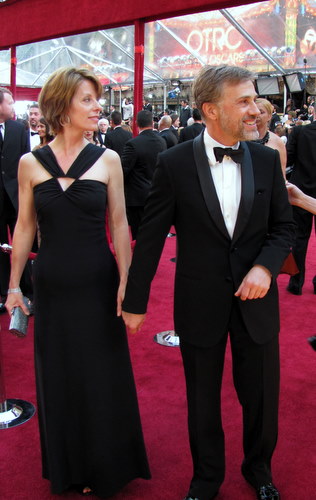 Above: Best Actor in a Supporting Role Christoph Walz and his wife on the red carpet.