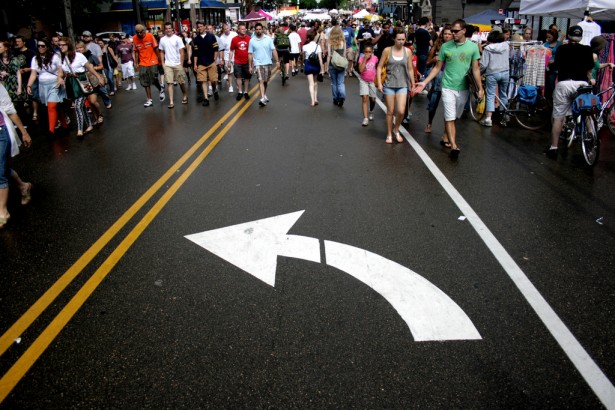 I am a mother of three who moved to Saint Paul about a year ago from one of the meanest cities in the world, I think: Chicago. When I arrived at Saint Paul’s Greyhound bus station, I was terrified. I did not know a soul and had nowhere to go, but I was determined to start a new life for me and my children.

I walked out of the station to flag down a cab, and this woman said hello. I looked at her like she was crazy. She didn’t know me, and I kept moving. As my children and I got a little further down the street, people were speaking to us. I couldn’t believe it – in Chicago, people didn’t speak, and if they did, it was because they wanted something, like spare change or food. I told my kids, “Don’t say a word – keep moving.”

I was finally able to get a cab. The cabby pulled over, got out, and helped me with my bags and the kids. Cab drivers never did that for you in Chicago unless you were being picked up from a really expensive hotel or theater.

Once we were in the cab, he said “Where to?”

I started crying, telling him I had nowhere to go and very little money. He said, “Well, you have come to the right place. There are shelters that you can go to.” He took me to a shelter that did not look like a shelter at all, it looked more like a mansion on a very nice street called Grand. I got out, walked up the stairs, and rang the doorbell. A lady answered the door. “May I help you?” she said.

I started to tell her my story. She told me to come in, fed us, then gave me and my children a room. Everyone at the shelter was friendly. Other women started telling me about different programs that would provide housing for us and what I needed to do. All in all, I was relieved my children and I had finally found a friendly place, a speaking place, someplace where it was okay to say hello to a stranger and not worry about what they were up to.

I love Saint Paul. I wouldn’t change a thing about this place. So every morning when I wake up in my new place, I look forward to going outside just to say hello to all the wonderful strangers I meet.

Angela Mack at seven years old loved Wonder Woman. Her mom bought her a Wonder Woman swimsuit with gold bracelets and a cape. Angela believed she could fly. She dove from the couch to the loveseat and landed on her feet. Her flying powers got stronger, so she started jumping from the top of the bunk bed, making perfect landings. As her powers grew, so did her courage. She climbed onto the third floor window ledge. She could feel the wind blowing her cape, letting her know she was ready for take off: 3, 2, 1 . . . just then, her mom grabbed her, yelling “Girl, you cannot fly!”