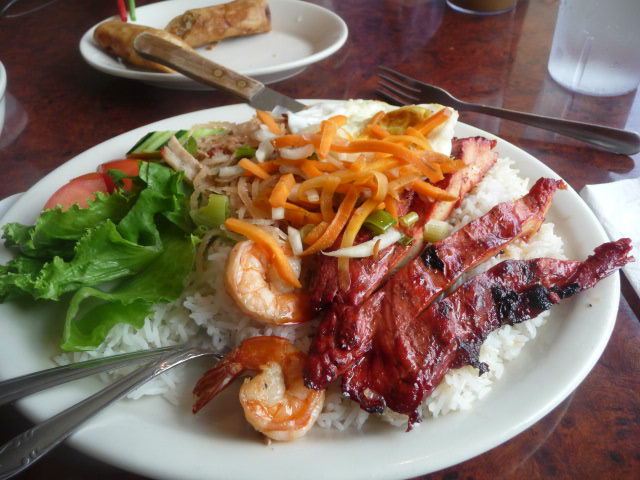 How is this for serendipity: I was working on a presentation on the future of community media that I am giving next week at a conference called Images and Voices of Hope and I decided to take a break for lunch with my friend Ron at the Saigon Restaurant in St. Paul.

My theory is that the next stages in the evolution of community media are going to focus on moving beyond using them as tools to share information, to realizing their potential as tools for deliberation, organizing and taking collective action.

So, we walk in the door at the Saigon, and the first thing I see is a pile of flyers on the counter for a website called SAVE OUR BUSINESSES & JOBS!, created by one of the owners of the Saigon, Lysa Bui.

The Web site’s mission is “Making sure that no one goes out of business and no job is lost because of the impact of the Central Corridor light rail transit.”

I’m not going to weigh in on the Central Corridor light rail issue , – we have covered it extensively in the Twin Cities Daily Planet– but what caught my eye is this – she wasn’t just using her Web site to spread the word about the impact of the Central Corridor light rail transit project on local businesses, she was using it to organize the community behind her efforts. There’s a “Follow” button you can click on if you want to follow the website, that links your profile from Google, Yahoo or AOL’s AIM. Right now, Save Our Businesses & Jobs has 145 followers. Pretty cool. The Saigon Restaurant also has its own Facebook page with 323 followers.

At any rate, about the food. I ordered the rice place combo #15, with grilled marinated chicken, grilled shrimp, pork skin and fried egg over broken rice, served with spicy fish sauce and a side of hot broth ($8.25) – delicious. Ron opted for the beef brisket pho, which had one of the most flavorful broths I have tasted in a long time. Ron gave a slight edge to the pho at Ngon, but I would rate it a toss-up.