The vernacular these days is prone to hyperbole. Even things that are actually sort of mediocre are described as amazing, or so amazing, or OMG literally the most amazing, etc. So it may be hard to get across to you that the sautéed Parisian gnocchi entree at the newly re-opened Saffron is literally the most amazing food I’ve eaten in my entire life. There, see? You think I’m exaggerating. 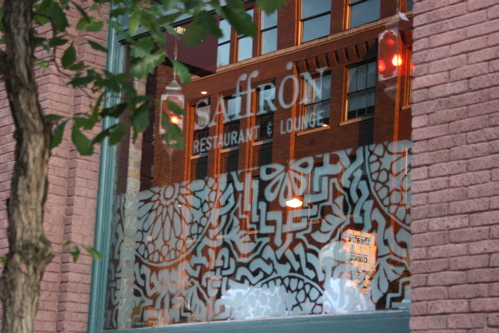 Saffron is a gorgeous dive in the warehouse district that used to have white tablecloths, and now, in its reincarnation, does not. The Wadi brothers, chef Sameh and co-owner Saed, decided to take it down a notch after seeing people walk past their restaurant after Twins games, peer in, proclaim that it looked “too fancy,” and move on.

“There was a guy who stopped by, wearing a Twins shirt, and he said he couldn’t eat here because he wasn’t dressed for it,” Saed told us at the re-opening dinner the other night. “I told him, ‘Look, your shirt cost more than my shirt, pants, and shoes put together. Come on in!’ But the white tablecloth thing put him off.” So the Wadis redesigned the space, giving it a slightly more casual look, lowered the prices a little, made the menu maybe a tad more accessible, and—voila!—it is now a restaurant for the proletariat, or at least the members of the proletariat who can afford those ridiculously expensive Twins shirts.

Whether this gambit pays off remains to be seen. It still isn’t exactly cheap, with entrees from $18 – $27. The mezzes and sides are still fancy as all-get-out and range from $5 to $14, and they’re so teensy that you have to dissect them so each of the four people at your table can have a bite. The bite that you get, however, will be literally the best bite of anything you have ever had in your entire life. 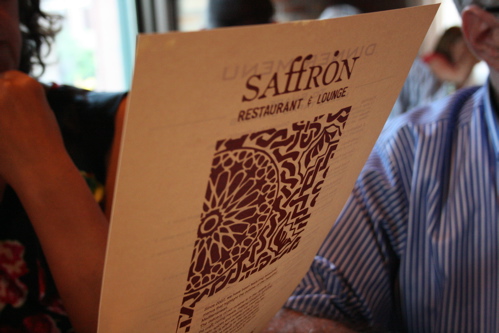 (NB: The reason a low-end prole like me was at a classy joint like Saffron in the first place is this: They held an opening night dinner for local foodies, from whom they solicited suggestions and then didn’t charge for the food. I wasn’t actually invited, but Jeremy and Carol invited me and Bruce. My high opinion of the unbelievably amazing food, however, is not a result of my having eaten there for free (except for the expensive drinks and sizable tip). It is a result of my incredibly amazing good taste.﻿)﻿ 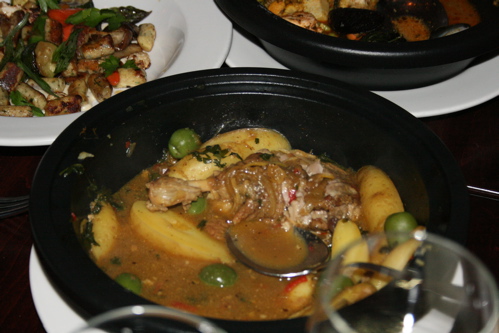 Here are the items we tasted and their degrees of amazingness.

And those were just the appetizers. The entrees were also, believe it or not, TOTALLY AMAZING. If you haven’t had tagine, a lamb or chicken or duck or seafood dish slow-cooked in a container with a lid that looks like a pointy hat, you should just forget the Twins game and go straight to the restaurant and have some. 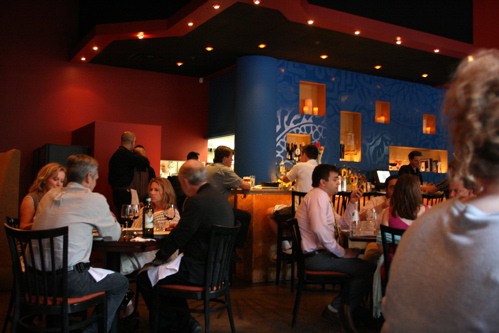 But the best thing was the gnocchi, billed as “Sauteed Parisian gnocchi with summer vegetables, soft herbs and black truffle-taleggio cheese fondue.” I asked Sameh how they made the gnocchi so tender, fluffy, and crisp all at the same time. He said, “You don’t want to know.” Upon further inquiry, he admitted that butter and cream had a lot to do with it. Apparently he thought that these ingredients were something a diner might shun. Silly man! The sauce, with the wonderfully stinky taleggio cheese, also played a part in the ultra-amazingness of the best dish ever created by humans since the beginning of time.

Those Wadi brothers are an amazing pair, if I may use the word “amazing” in its original Merriam-Webster sense of “startlingly impressive.” They’re Palestinian, grew up all over the place, and chef Sameh has won award after award, including a very near victory on Iron Chef. You can read a nice series of interviews with him on the City Pages “Hot Dish” blog.

It’s entirely possible that the next time you go to a Twins game, nothing will happen that will inspire you to utter hyperbolic praise. So on your way back to the parking ramp in your bedraggled Twins t-shirt, look in at Saffron and note the absence of white tablecloths. I’m confident that the dinner you have there will be…you know. 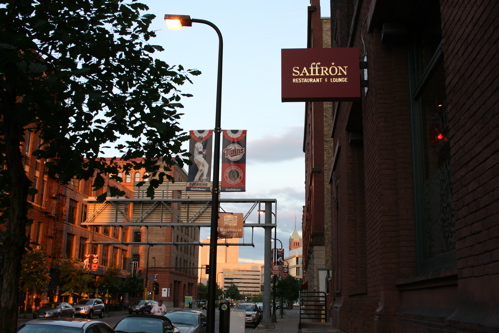