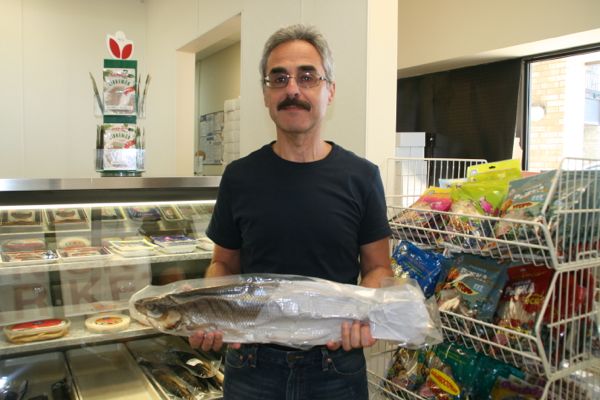 Minsk Market owner Artur Chayka bought the store about six years ago. Running your own store is the perfect job, he says. (All photos by Stephanie Fox)

Which is best — the Russian vodka-filled candy or the Finnish brand? At Minsk Market in Eagan, you can get both, though store owner Artur Chayka recommends the Russian brand. It’s just better, he says. From sausages to Palanga bread to birch water, the Minsk Market is the place to buy Eastern European groceries.

The City of Eagan is not the place you might expect to find a Russian grocery. But, Minsk Market, located in the Cedarville Business Center along with an eye clinic, a dental office and a therapeutic massage center, carries the products that members of the Eastern European community living south of the river, want to buy. Soft-spoken Artur Chayka, who followed his mother and sister to Minnesota from Belarus in 1991, bought the store about six years ago. It’s a little hard to find – take a left and then a right turn off Cedar Ave., at the Highway 13 exit — but it’s worth the trip.

The biggest sellers, says Chayka, are the sausages, the cheeses, the tart and yogurt-y cultured milk drink called kefir and the Russian style sour cream, which he says “Tastes similar to what we eat in Russia. It’s maybe more natural, with maybe more fat.” 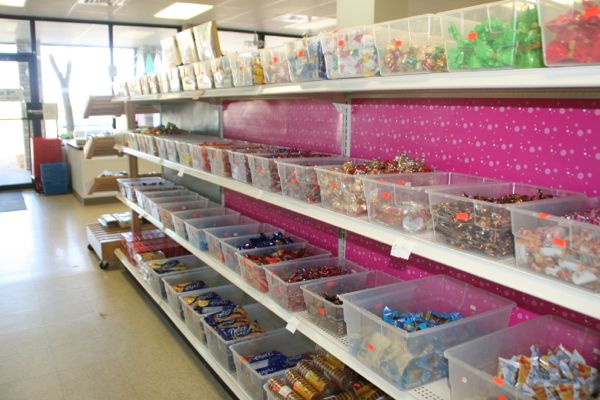 This is one aisle of candies, each bin containing a different kind.

And then there’s the candy. There are upwards of 100 colorful baskets crowded with brightly wrapped pieces of hard candy and with chocolates filled with fruit, nuts or vodka (plain or cherry.) 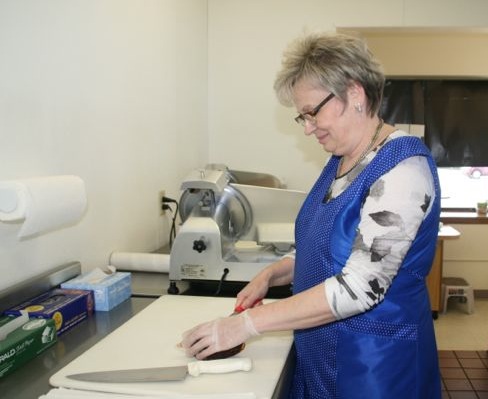 Deli expert Tatiana Krimoyskaya will give you a sample of any of the sausages and will slice it to your liking.

At the spiritual heart of the store is the deli section, maintained by Tatiana Krimoyskaya. Behind the glass of her deli cases are enough variations of salted, smoked and cured meats – salamis, bolognas, sausages and bacon – to be the envy of any charcuterie. 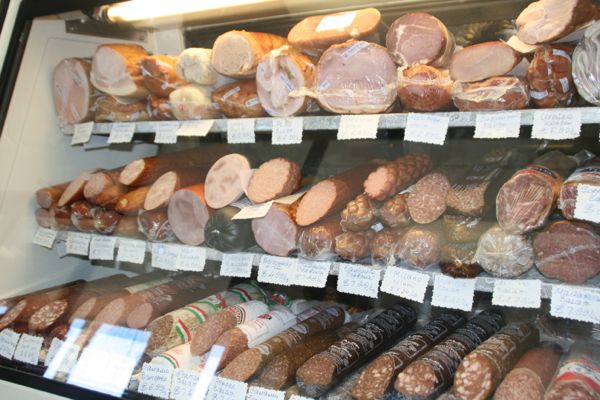 Dozens of specialty sausages and salamis made of pork, beef, veal and chicken come from all over and are a store staple.

The favorites are the Moscow and the Estonian sausages as well as the Gypsy bacon. The Russians like their pork. Only a couple of kinds of beef salamis, both called “Jewish salami,” grace the shelves, but there are also a sausages made of chicken or veal and a large section of smoked fish. Any of these would match up with the deli cheeses and the dense black bread for a nice, filling snack. 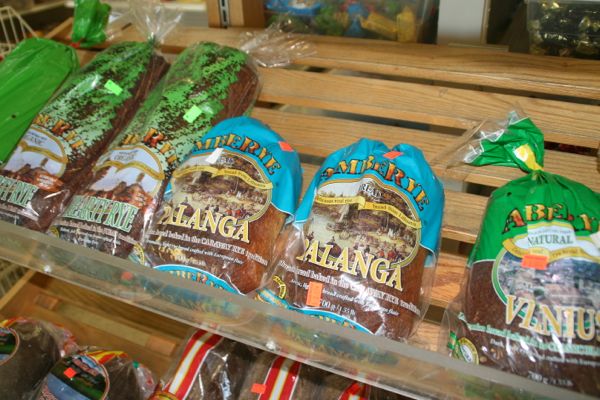 Calling the bread dense is an understatement. The Palanga (named after a city in Lithuania) is the size of a standard loaf of bread but weighs 1.55 pounds. A hearty rye is 2.42 pounds. One bread that looks like a wheel chock (is this Russian “health bread?”) is heavy enough to keep a small airplane from rolling away. There is no label, but it’s moist with flavors of whole wheat, rye, oats, flax and nuts (maybe almonds). A slice or two is meal in itself, with a little bit of butter and maybe some of the store’s many pickled vegetables served on the side. 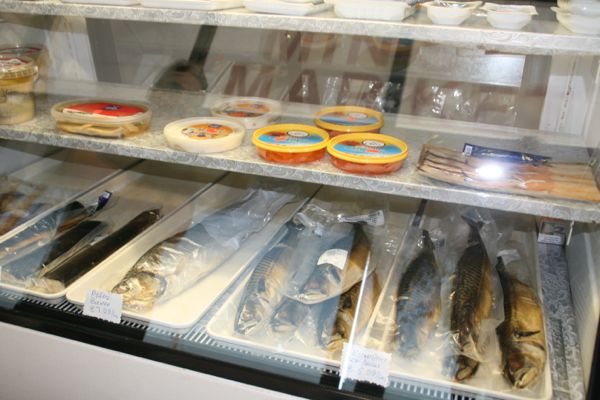 Whole smoked white fish sells for $7.99 a pound. Most fish weigh from three to four pounds.

Fish, like the canned and salted herrings in oil, are also popular with the store’s customers. “You just put it on the table and eat it. You don’t have to dirty your hands to clean fish,” Chayka explained. Dried fish, he said, isn’t a snack. It’s to eat when drinking beer. 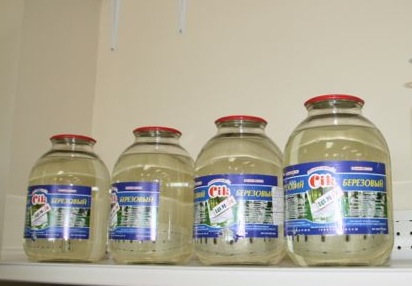 This shelf is filled with gallon jugs of the birch water, a popular beverage in made from tapping birch trees in the spring, an ancient Russian tradition going back thousands of years.

Popular beverages include various teas, Kvas – the very low alcohol soft drink made of rye bread – and gallon glass jars filled with clear birch water. Chilled, the taste is delicate, clean and pure. Don’t scoff. Maple syrup is tree juice, too and some Minnesotans tap their own birches.

Chayka says he likes Minnesota — it’s got four seasons just like Belarus. He also likes running a grocery store, and is happy to explain the merchandise to those not in the know. “I like to work with people,” he says. “It’s the best kind of job. Here, I meet people every day. I know what’s going on with their families and with their lives.” 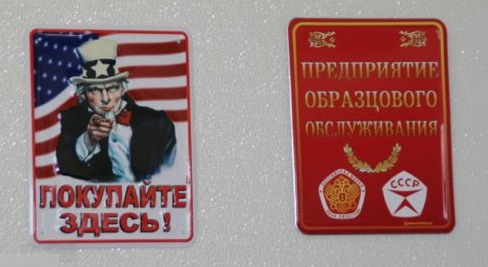 The Uncle Sam sign probably translates ‘I want you to shop here.’ The Soviet style sign is a take on signs that would appear in the best shops in the USSR, a government endorsement. Chayka said he bought both on line.

Go to Global Groceries for collection of stories on international groceries in the Twin Cities.